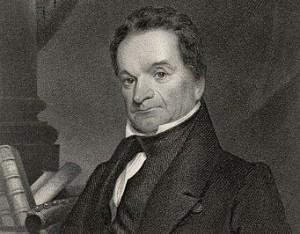 Gone are the days where being the mayor of New York was a mere afterthought. Although recent mayors have harbored real (Guiliani) and imagined (Bloomberg) aspirations for the White House, their stints at City Hall have defined them as leaders.

Back in 1801 however, New York was a growing city, but not the world power it would become. The position of mayor was appointed by state government, and, frankly, with the revolutionary course of events creating all sorts of exciting new federal functions, the job of mayor just wasn’t considered, well, sexy enough.

It is in that light that we meet Edward Livingston, the third New York mayor since the city became part of the new American nation in 1783. (I’ve already profiled the first two mayors — James Duane and Richard Varick.)

Almost 25 years later, Livingston would shape American civil policy with a series of influential penal and judiciary codes for treatment of prisoners, now referred to as the Livingston Code. After notable stints as representative and then senator of Louisiana, he was the persuasive Secretary of State of Andrew Jackson from 1831â€“1833. He is still considered one of the great American legal geniuses of the early 19th century.

But all of that narrowly missed coming to pass, as New York City almost killed Edward Livingston.

1801 was a volatile year in the city. New York senator Aaron Burr, Thomas Jefferson’s running mate, was nearly voted president in an electoral-college snafu. Jefferson’s nemesis Alexander Hamilton — who would later be killed by said running mate — would baste his thoughts in the newly created New York Evening Post. Nearby, young aide Washington Irving still works in a law office. 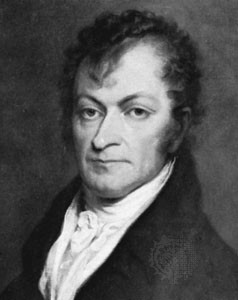 Livingston was a young and ambitious lawyer who returned immediately to New York once the British left to practice law. Quickly distinguishing himself, he was swiftly elected to the New York House of Representatives and then, in 1801, appointed New York’s state attorney. And then, in September, governor George Clinton also threw in the job of mayor.

Suddenly, Livingston had become mayor of the biggest city in the new nation — a whopping 60,482 according to that year’s census. His opposition to the policies of former president John Adams served him well for a time under the new auspices of a Jefferson presidency.

However he was only able to serve for two years before a couple devastations almost ruined him. The first came in the form of a yellow fever epidemic. Manhattan couldn’t shake the disease, first hitting ferociously in 1798 but never really disappearing.  In 1803, a second epidemic hits and hits hard. Hundreds would die, thousands would flee. Livingston would manage to keep the city operating, even as he himself would become sick and nearly die.

He recovered only to meet with a scandal that would literally run him out of town. During the chaos, his own finances were badly run by either an incompetent or ruthless business associate, running up a debt to the government of almost $45,000.

The debt and ensuing scandal not only forced Livingston to give up both the state attorney job and the mayor’s seat; he actually had to sell his property to repay the government.  Nearly penniless, the scarred and humiliated Livingston decided to leave New York for good in 1803, for the newly acquired territory of Louisiana.

His story ends happily, and not just because of his contributions to Andrew Jackson and the history of civil law. By 1826, he was successful enough again with his own law practice in New Orleans that he was able to pay back the government all the money he owed plus interest — or almost $100,000, no petty sum back then.

In the continuum of interesting folks who have sat in the mayor’s chair, Livingston must certainly be called the defining example of second chances.