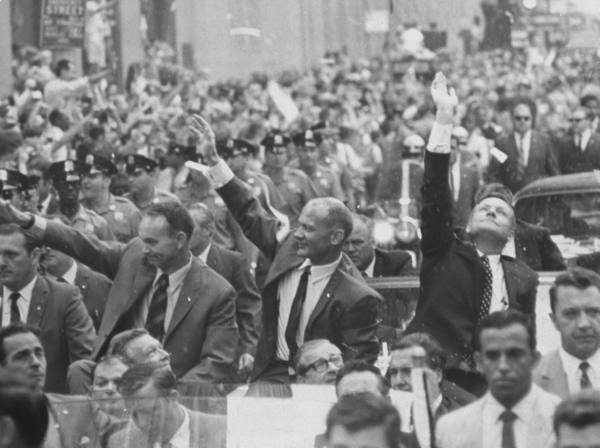 Below: two pictures of the ticker-tape parade thrown in New York City on August 13, 1969 to celebrate Apollo 11 astronauts Neil Armstrong, Buzz Aldrin, and Michael Collins and their successful landing on the moon. 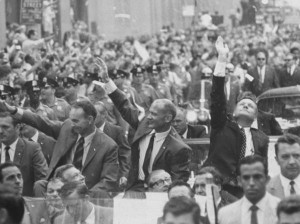 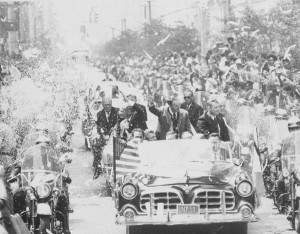 Believe it or not, this was the second space-themed ticker-tape parade that year. In January, Frank Borman, James A. Lovell, and William A. Anders, were honored in similar grandiose fasion for their Apollo 8 mission.

How special was that year, 1969? The third and final ticker-tape parade that year would be in honor of the New York Mets, winner of their very first World’s Series.

Cick here for more information on some other famous ticker-tape parades.