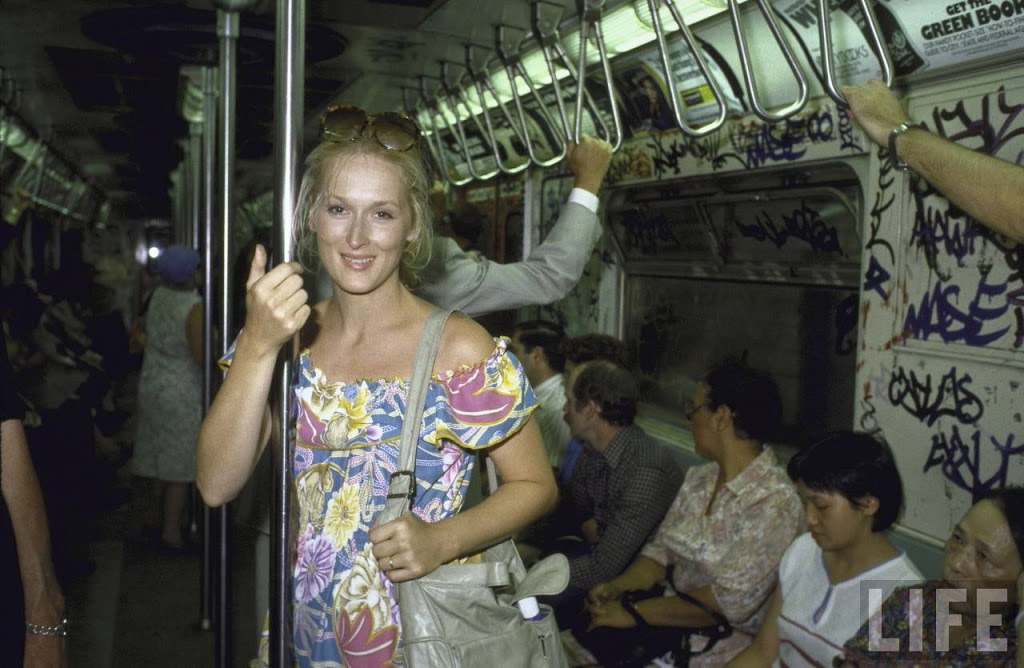 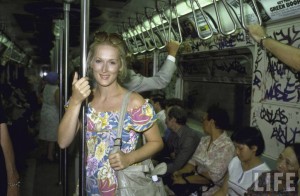 Streep lived in SoHo at the time this picture was taken. Perhaps she was on her way to do a little promo work for ‘The French Lieutenant’s Woman’, which hit theaters in September?

Oh, and you might like this profile in the September 1981 issue of New York magazine, where she says, “In SoHo and Chinatown I can wander around and nobody knows who I am. Uptown, people stare and I get self-conscious. In a drugstore, buying a box of Tampax, I get self-conscious.”