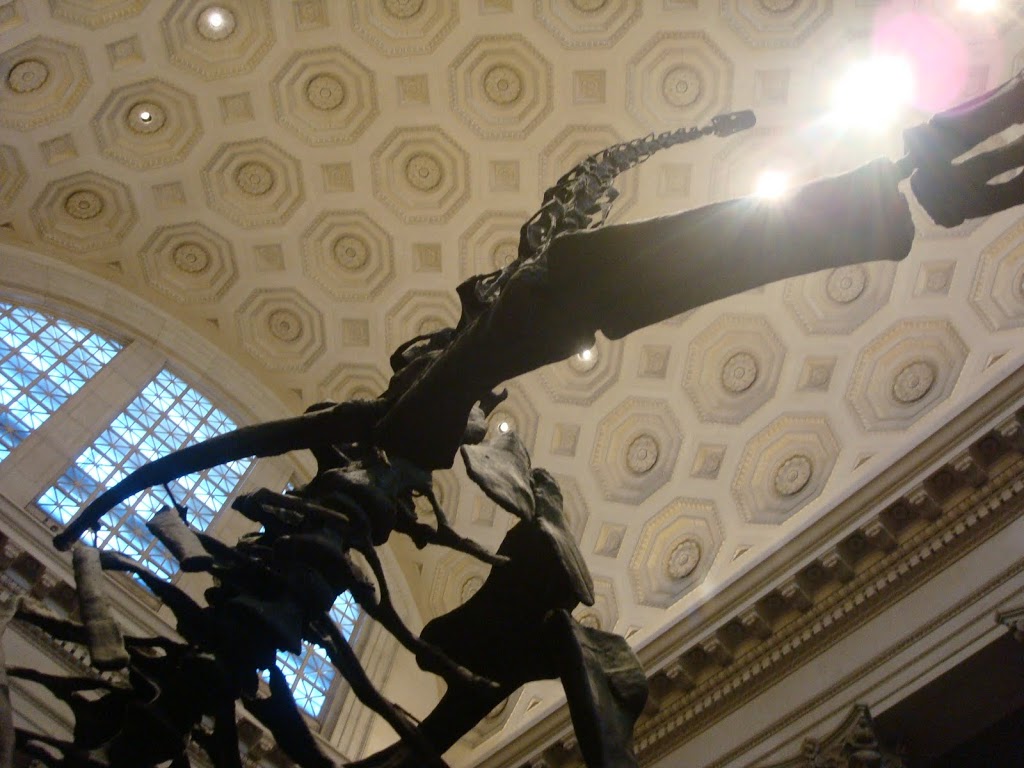 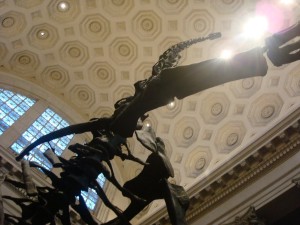 Make no bones about it, the AMNH is the city’s best destination for releasing your inner child.

PODCAST Millions of years of space rocks, fossils, artifacts and specimens are housed in New York’s world famous natural history complex on the Upper West Side. But few know the whole story about the museum itself.

Residents of New York tried a few times to establish a legitimate natural history venue in the city, including an aborted plan for a Central Park dinosaur pavilion. With the American Museum of Natural History, the city had a premier institution that sent expeditions to the four corners of the earth.

Tune in to hear the stories of some of the museum’s most treasured artifacts and the origins of its collection. And find out the tragic tale of Minik the Eskimo, a boy subject by museum directors to bizarre and cruel lie.

Or listen to it here:
The Bowery Boys: American Museum of Natural History

A sketch of what the Paleozoic Museum might have looked like, had construction not been stopped by the cronies of Boss Tweed. 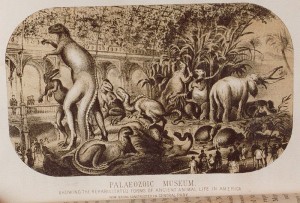 The lonely little first building of New York’s natural history museum, pictured in the early 1870s, placed on an unspectacular plot of land alongside Central Park called Manhattan Square. It was the former home to goat fields and small farms. To the left of the picture, you can see the development along Columbus Avenue. 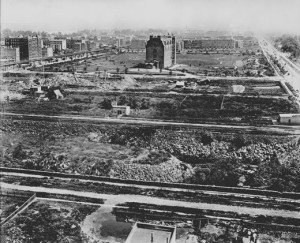 This illustration of the building from 1871 displays the particular touches of Jacob Wray Mould, in the whimsical window design. What it doesn’t show is the vibrant, robust color of the building. Although subsumed by later additions, some areas of the original walls are still peeking out within the larger structure today. [source NYPL} 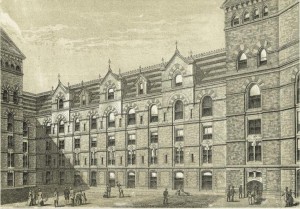 The regal, theatrical 77th facade of the American Museum of Natural History, finally presenting a bold look worthy of the treasures inside it. (source) 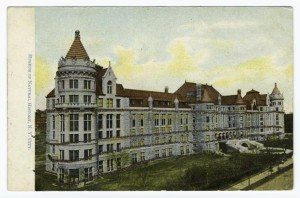 Roy Chapman Andrews, the dashing adventurer who became one of the museum’s most valuable explorers. It’s rumored that Andrews was the inspiration for the character of Indiana Jones. 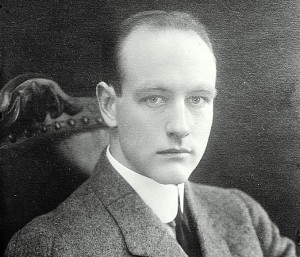 Images of Minik Wallace, the Inuit boy brought to New York with his father in 1897. Minik was subject to one of the most bizarre and tragic cover ups in the museum’s history. [Image courtesy Nunatsiaq Online] 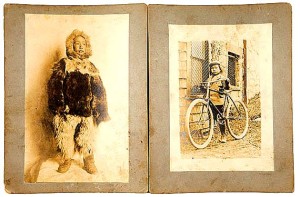 James Earle Fraser equestrian statue of Theodore Roosevelt,dedicated by Teddy’s relation Franklin Delano Roosevelt in 1936, along with the entire Theodore Roosevelt Memorial Hall. Although they are concealed by scaffolding, there are actually sculptures of four explorers looking down at Roosevelt, also created by Fraser — depictions of Lewis and Clark, Daniel Boone, and John James Audubon. 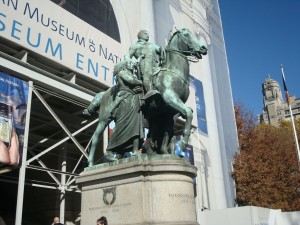 The current 94-foot long blue whale that greets visitors in the Hall of Ocean Life is modeled after a female blue whale found of the coast of South America in 1924. 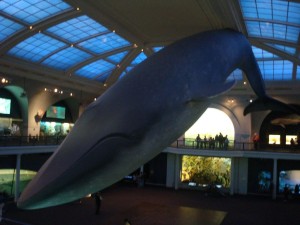 An example of the enduring fontage of an earlier era, still adorning some of the older exhibits. I hope they never upgrade it. 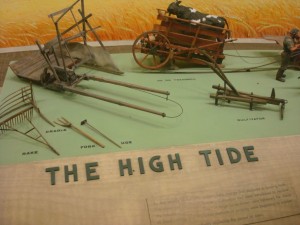 Further examples of graphic design, Natural History style. This is from an advertisement in 1941 or 1942. (Courtesy Library of Congress) 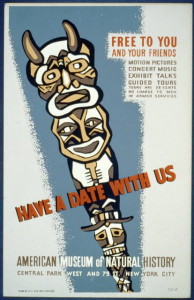 The monster Ahnighito rock, part of the Cape York meteorite. 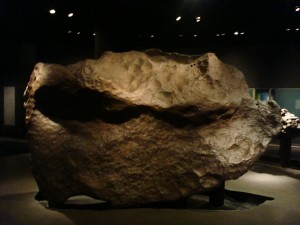 A great example of the marvelous miniature work done for some of the displays. Much of the fascination found within the various display cases comes not from specimens, but from the clever presentation, a mix of painting and lighting techniques mixed at times with a little optical illusion. 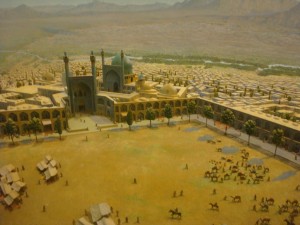 The website of the American Museum of Natural History has all the details you need for your visit. On top of suggested admission, there are additional costs for the special exhibits, including the planetarium. The museum is open everyday by two — Christmas and Thanksgiving.

However, you may still be visiting the museum on the evening before Thanksgiving for the annual inflation of the Macy’s Thanksgiving Day Parade balloons! Below: Kermit gets ready for the big event (pic from 2006, courtesy Gothamist) 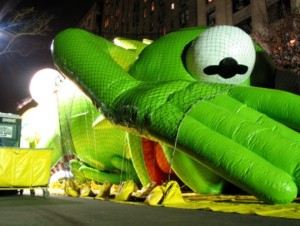