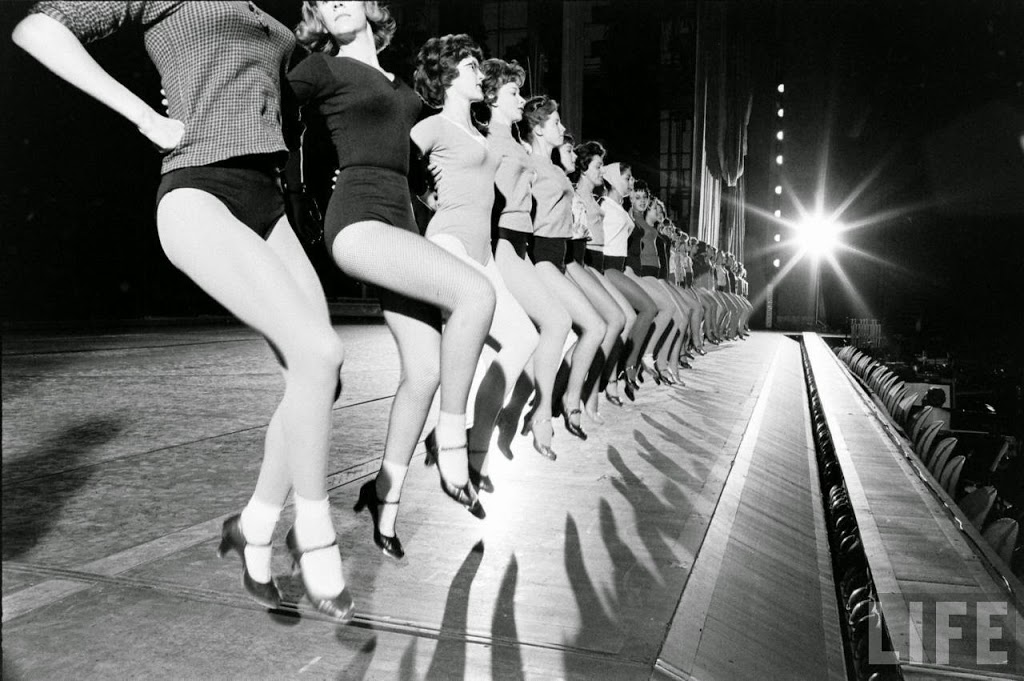 PODCAST The Rockettes are America’s best known dance troupe — and a staple of the holiday season — but you may not know the origin of this iconic New York City symbol. For one, they’re not even from the Big Apple!

Formerly the Missouri Rockets, the dancers and their famed choreographer Russell Markert were noticed by theater impresario Samuel Rothafel, who installed them first as his theater The Roxy, then at one of the largest theaters in the world — Radio City Music Hall.

The life of a Rockettes dancer was glamorous, but grueling; for many decades dancing not in isolated shows, but before the screenings of movies, several times a day, a different program each week.  There was a very, very specific look to the Rockettes, a look that changed — and that was forced to change by cultural shifts — over the decades.

This show is dedicated to the many thousands of women who have shuffled and kicked with the Rockettes over their many decades of entertainment, on the stage, the picket line or the Super Bowl halftime show.

The first New York home of the Rockettes (as the Roxyettes) was the Roxy Theatre, almost as large as Radio City Music Hall and located just nearby. (MCNY)

Radio City Music Hall, which opened in 1932, was quickly transformed into the world’s largest movie house after a notorious opening night.  It would be here that the Rockettes would perform a few times a day, seven days a week, for over fifty years. (NYPL)

The Rockettes, 1935, in a ‘Cavalcade of Color’, choreographed and directed by Leon Leonidoff. The constant high-kicking routines required great athleticism, precision and balance. (MCNY)

The Rockettes in 1937, beauty in duplication. (Courtesy the Rockettes)


In 1939, the Rockettes gave salute to the Gay Nineties in these extravagant costumes. (Courtesy the Rockettes)

Faces of the Rockettes: A few of the dancers from the 1935 configuration.. These photos are by the Wurts Brothers, from the Museum of the City of New York Collection. You can see the complete group here. Unfortunately there are no names attached to the portraits but if any of these women look familiar, drop me their names in the comments section!

In 1967, many Rockettes went on strike for a month to demand better wages to compensate for their vigorous schedule and unpaid rehearsal time. Needless to say, they got everybody’s attention. (Courtes Kheel Center).

The Rockettes at a Fleet Week event in 2006. (Photo by Gabriela Hurtado)

Various newsreel footage of the Rockettes, including images of the troupe rehearsing on the roof of Radio City!

The Rockettes at the 1988 Super Bowl halftime show: