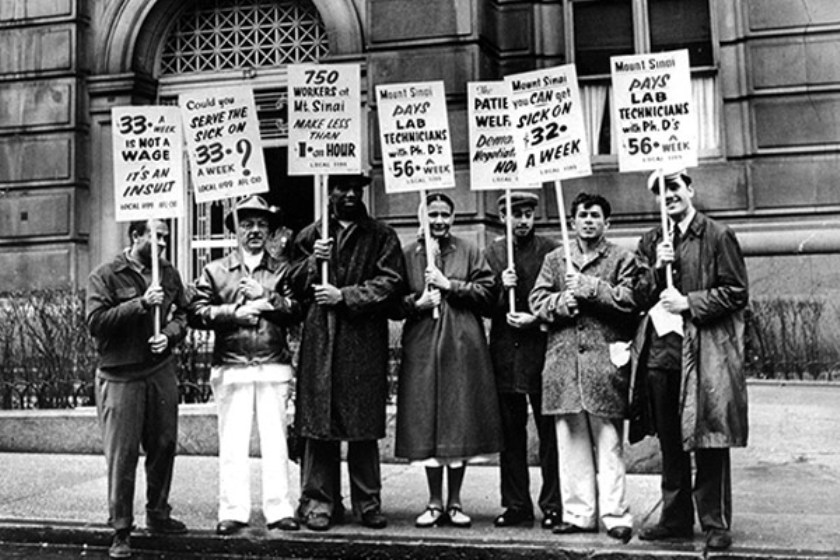 The political landscape of modern New York City is a stew of neighborhood, borough, financial and ethnic interests built upon over two centuries of experience and tradition.  The most interesting story of the past fifty years — both locally and nationally — is the ascension of minority voices into the public sphere, reflecting population changes but also rising strategies of organization.

How did non-white New Yorkers first find their voice in modern politics? In Upsetting the Apple Cart, an impressive navigation through late 20th century politics by Frederick Douglass Opie, the answer comes from seemingly surprising places — the hospital, the classroom, the kitchen table. 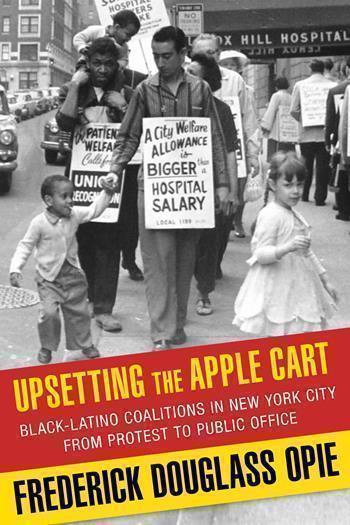 Opie, a professor at Babson College, inspects the particular relationship between New York’s black and Latino communities as they find ways to align at the workplace and in the voting booth. Today it seems obvious that two large minority interest groups might team up to achieve common goals, but it wasn’t until after labor and student activists explored the relationship in the 1950s and 60s that alliances were forged in the major political spheres.

The first half of Upsetting the Apple Cart traces the influences of both the unions and the civil rights movement upon minority workers at local hospitals and students at universities.  Frustrated by lower pay and unfair hours in comparison to their white counterparts, black and Puerto Rican New Yorkers found common ground and successfully organized. This culminated in a massive, ultimately successful city-wide strike on May 8, 1959, lasting almost two months.

Minority higher-education students at Columbia University, Hunter College and other school found other reasons to work together — to improve enrollment and educational needs. At Columbia students successfully closed the campus in protest over a new gymnasium being built in Morningside Heights, seen by many as an encroachment into the majority black neighborhood.

Personally I found the second half of Upsetting the Apple Cart more intriguing, but then, I love rooting around in the history of New York backroom political alliances.  Opie’s book excellently explains the early history of black and Latino political organization, from the rise of power in Harlem by the Gang of Four (including David Dinkins and Charlie Rangel) to the first politicians of Puerto Rican, Mexican and Dominican descent in New York.

Politics is made from shifting alliances but it wasn’t until the victory of Harold Washington as mayor of Chicago in 1983 that the united front of African-American, Hispanic and Latino-American activists made itself felt in a major political race. Such unification of goals made its way to New York through the presidential aspirations of Jesse Jackson and the various (ultimately unsuccessful) attempts to unseat New York mayor Ed Koch.

The apex of minority political alliances occurred with the election of David Dinkins, famous for his appeal to the “gorgeous mosaic” of New York ethnicities. Dinkins won because, in the end, he appealed to a majority of New Yorkers. But Opie makes note of the unique organizations of outer-borough Hispanics that helped get him elected.

Wait, did I mention that Upsetting  the Apple Cart is also a cookbook? Somewhat incongruously, traditional recipes for tamales, arroz con pollo, fried chicken and other dishes pop up throughout the chapters. Opie, a food traditions professor, emphasizes the role of social interaction in creating these unique coalitions.  To paraphrase a popular adage, the best way to a neighbor’s heart is through her stomach.  The success of these early alliances lends some credence to food as the great uniter.