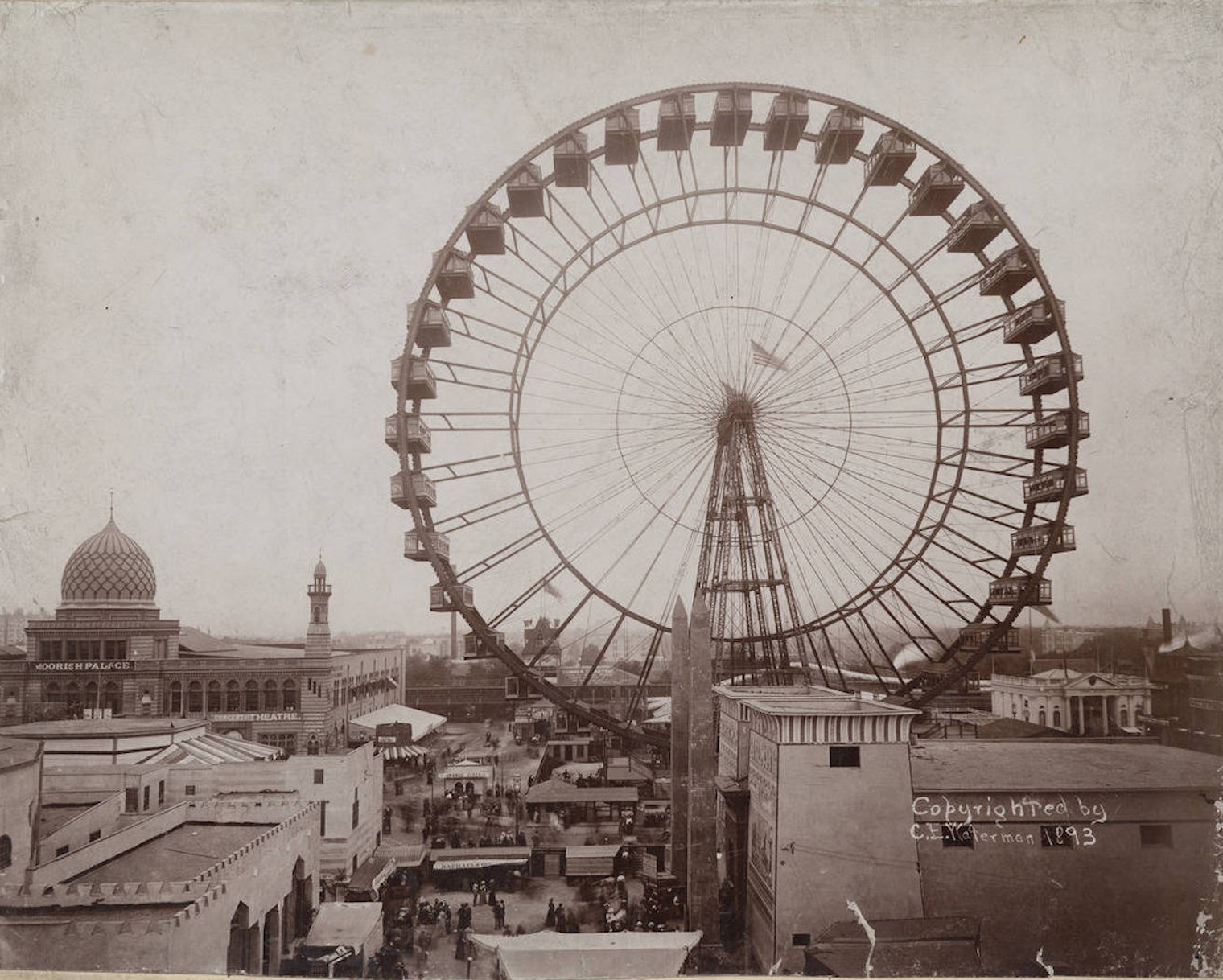 This is a special preview for the new Bowery Boys spin-off podcast series The First: Stories of Inventions and their Consequences, brought to you by Bowery Boys host Greg Young.

01: The first Ferris Wheel was invented to become America’s Eiffel Tower, making its grand debut at the Chicago World’s Fair of 1893. The wheel’s inventor George Washington Gale Ferris was a clever and optimistic soul; he did everything in his power to ensure that his glorious mechanical ride would forever change the world.

That it did, but unfortunately, its inventor paid a horrible price.

FEATURING a visit the Wonder Wheel at Coney Island, one of the most famous wheels in the world, and a trip to one of Chicago’s newest marvels — the Centennial Wheel at Navy Pier.

And subscribe to The First here so that you don’t miss future episodes!

The star of the show — George Washington Gale Ferris:

… and the Ferris Wheel at the World’s Fair!

Some intriguing finds I made while researching at the Chicago History Museum and the National Archives:

The telegram from Luther Rice to George Washington Ferris that was read on the show:

This was also featured on the show — the passionate letter from Ferris, asking Rice to join the project

New York Times, May 13, 1894 — This article mentioned the plan to move the Ferris Wheel to New York (but the plan fell through)

The Chicago Navy Pier (featured on the show)

The Ferris House in Pittsburgh, PA

Circles In the Sky: The Life and Times of George Ferris by Richard G. Weingardt

Six Months at the Fair by Mrs Mark Stevens

ARTWORK FOR THE FIRST DESIGNED BY THOMAS CABUS. CHECK OUT HIS PORTFOLIO OF OTHER WORK HERE.