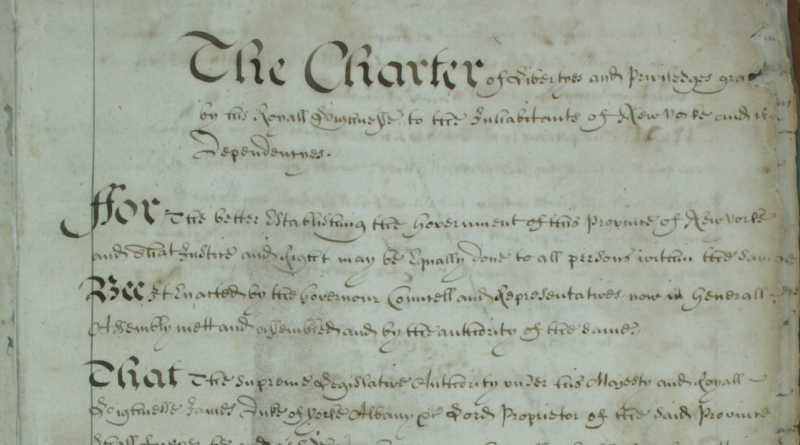 This Tuesday, November 6, will be a very monumental Election Day in American history — and in New York City history too. Of course, New Yorkers will be voting for governor (Andrew Cuomo vs. Mark Molinaro, among other candidates), senator (Kirsten Gillibrand vs. Chele Farley) and a slew of other political positions. (Find out what’s on your ballot by checking out Who’s On The Ballot.)

But this year, New Yorkers will get a very unique chance to vote on the fundamentals of city governance itself by amending the most important document to city’s growth and well-being — the New York City Charter.

What is a city charter?

It’s the birth certificate of a city, “the basic document that defines the organization, powers, functions and essential procedures of the city government.” [source] The city charter is so baked into the everyday life of New Yorkers that most are not aware of its existence.

The charter links a city directly to a state, meaning it has access to the state’s resources (including money) and is governed by decisions made by the state. Yet it also grants autonomy to make critical decisions itself. As a result, you don’t just change it willy-nilly; alterations can stay in the charter for generations.

When did New York City get its first charter?

If we’re being technical, the first ‘birth certificate’ came when New York was New Amsterdam — on February 2, 1653. That’s when the Dutch government — thanks in part to the rigorous authority of Peter Stuyvesant — granted municipal rights to the company town. [Learn more in our recent podcast on Peter Stuyvesant.]

During the colonial period, charters were granted to the Colony of New York by the crown via the Charter of Liberties and Privileges, passed by the General Assembly’s first session on — October 30, 1683. 435 years and a week from Election Day this year!

When the state of New York constructed its first Constitution in 1777, it recognized the colonial charters of its two oldest and most important cities — Albany and New York City.  Over 120 years later, the charter was revised to reflect the Greater City of New York, aka the city of five boroughs. [Learn more in our podcast on the Consolidation of 1898.]

Below: The Charter of Liberties and Privileges 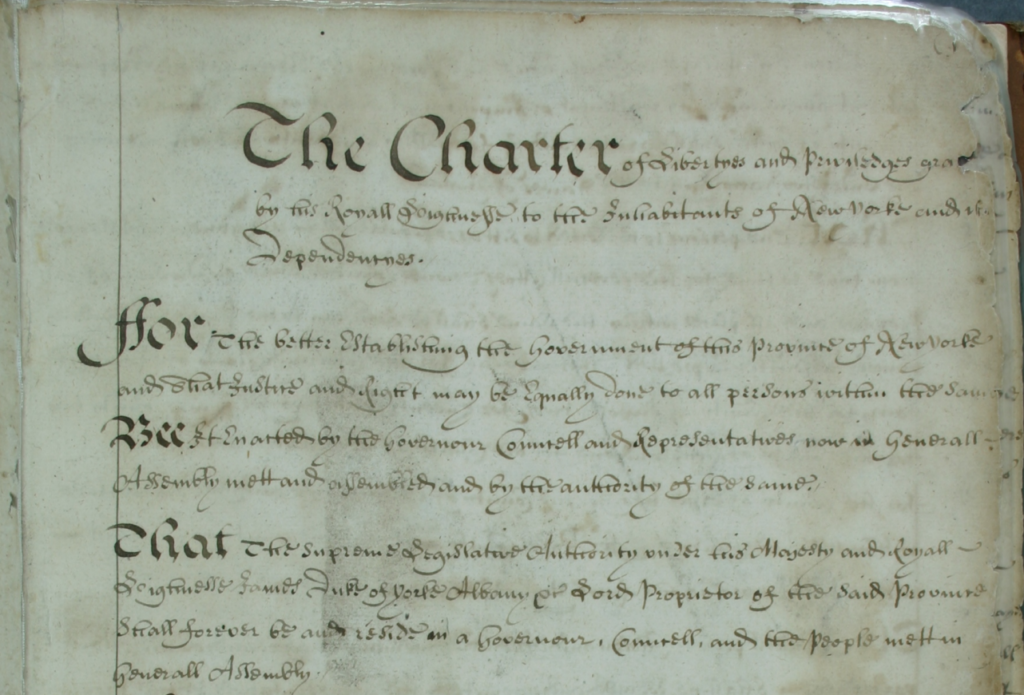 When was the last time the New York City Charter was revised?

1989 — when the Board of Estimate was replaced with the City Council.  From the New York Times: “The proposal from the Charter Revision Commission calls for eliminating the Board of Estimate, which has been at the heart of city affairs for almost 100 years. It would redistribute the board’s powers over land use, franchises, contracts and the budget, primarily to the City Council and the mayor.”

This important change was made due to a 1989 Supreme Court case Board of Estimate of City of New York v. Morris. Long story short, the Board of Estimate acted like a Senate-like body in that each unit (state in the case of the Senate, borough in the case of the Board) was granted equal representation. That meant that Brooklyn had the same representation as Staten island, despite having almost eight times the population — a situation that violated the Fourteenth Amendment.

In other words, the New York City Charter hasn’t been changed since David Dinkins has been in office.  So this is a big deal!

What’s on the ballot this Tuesday?

There are three major changes to the charter up for a vote this Tuesday:

“The Commission proposes to amend the City’s campaign finance system by making changes designed to address persistent perceptions of corruption associated with large campaign contributions, boost incentives for campaigns to reach out to small donors, and create more opportunities for candidates to run diverse types of campaigns without the need to rely on large donors. The proposal would lower contribution limits, increase public matching funds available to participating candidates and make funds available earlier in the process.”

In short — Leveling the financial playing field for people running campaigns for citywide offices and lessening the influences of big money donors.

2. Creation of a civic engagement commission

“The Commission proposes establishing a new Civic Engagement Commission, in order to enhance civic participation, promote civic trust, and strengthen democracy in New York City. Under the proposal, the Civic Engagement Commission would be responsible for implementing a citywide participatory budgeting program, partnering with community-based organizations, civic leaders, and other City agencies in civic engagement efforts and establishing a program to provide language interpreters at City poll sites.”

In short — The creation of a new city commission with the potential to further reach into under-recognized communities.

“The Commission proposes changes designed to help make community boards more reflective of the communities they represent and more effective in that representation. The proposal would establish term limits for community board members, create standard application requirements and require the proposed Civic Engagement Commission to provide additional resources to community boards.”

In short — Increasing the number of leading voices on New York City community boards with the possibility of better representing those communities.

Visit the 2018 Charter Revision Commission website Flip Your Ballot NYC for more information on each of these items.

How should I vote this Tuesday?

That’s up to you! Each proposal has some genuine pros and cons. (On at least one of these, you might even ask, why is this actually necessary?)  Just inform yourself and make sure you vote on Tuesday. To educate yourself on these issues, here’s a good place to start — the NYC Charter Executive Summary. And the New York Times has an excellent overview of these proposed changes and naturally has some recommendations.

WAIT A MINUTE?! Where on the ballot do I vote for these changes?

Listen to these fine people below and FLIP YOUR BALLOT OVER after you have finished making your first selections on the front. The charter decisions will be on the back.