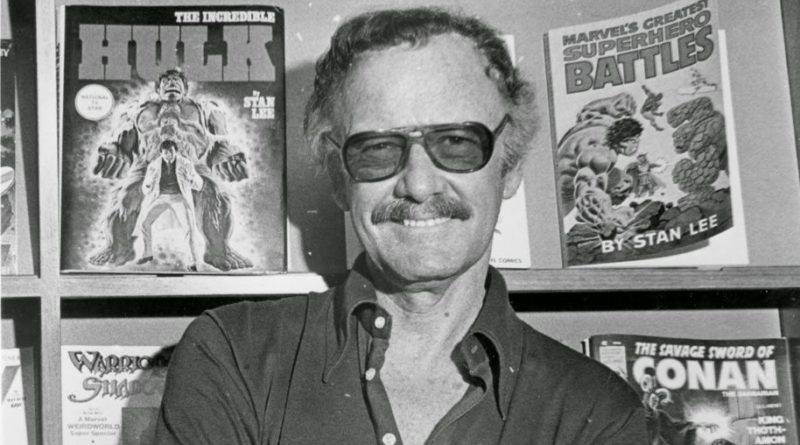 Stan Lee, who died yesterday at age 95, will live forever.

The iconic characters that he helped develop for Marvel Comics are so infused with his imagination and spirit that he’ll still be with us through the personas of Iron Man, the Incredible Hulk and the Fantastic Four for generations to come.

And a huge part of his personal identity — passed on to these famous characters — was being a New Yorker. Spider-Man needs to be in the Big Apple to swing from its buildings. Captain America‘s roots in the Lower East Side (and, later, Brooklyn) are critical to the hero’s personality. The Daredevil needs to be in Hell’s Kitchen, Doctor Strange in Greenwich Village.

Stanley Martin Leiber was born on the Upper West Side on December 28, 1922, to Jewish Romanian immigrants. His father Hyman came through Ellis Island in 1905 and worked in the thriving garment industry of the Lower East Side. Lee’s hard-working mother Celia arrived in America three years earlier.

Lee’s teenage years were spent in the Bronx — he attended DeWitt Clinton High School on Moshulu Parkway — but spent weekend afternoons exploring the matinee theaters of Manhattan and scouring the newsstands for a new form of printed entertainment — comic books. In 1939, after a brief career as a deliver boy and a newsboy, Lee began working for Timely Comics, working at both its Times Square location (the McGraw-Hill Building) and later (after a stint in the Army during World War II) its offices in the Empire State Building.

Collaborations with his friend Jack Kirby (also born in New York City, in the Lower East Side) would lead to the invention of Marvel Comics and its world-famous roster by the early 1960s.

In 2015, I produced an episode of the Bowery Boys podcast called Super City: New York and the History of Comic Books, featuring an interview with Lee’s friend and fellow collaborator Peter Sanderson, a leading comics historian. In this show, we spend a good deal of time discussing Lee and his role as both a creator and a New Yorker. I hope you give it a listen today. You’ll realize that there would not be a comic-book industry with Stan Lee, and New York itself would be a less interesting place without him.

Visit the original web page for some interesting images of classic comics and their readers.

Other articles from this website about Stan Lee and Marvel Comics:

The Avengers dis-assemble the MetLife Building

The Bowery Boys and Marvel Comics

In addition recent Greg has been on the Women In Marvel podcast talking about the Marvel/New York City connection.