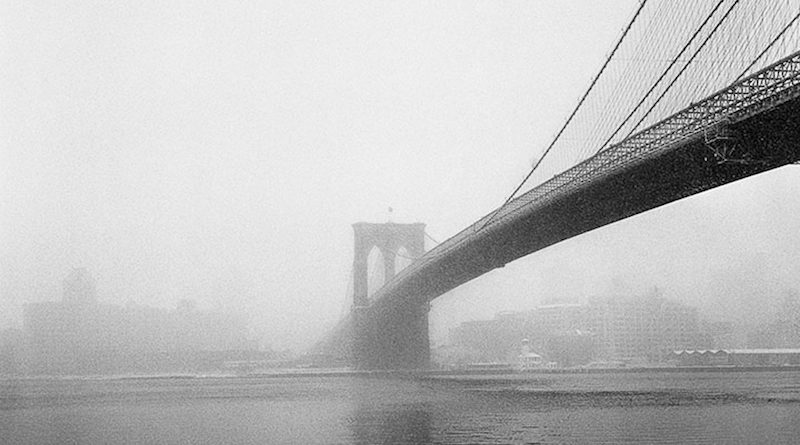 New Yorkers often take for granted the fact that they have numerous architectural marvels of great historic value in their own backyards. When the Brooklyn Bridge becomes part of your daily commute — or landscape wallpaper on your jog along the East River — it’s easy to overlook its impressive beauty.

For Barbara G. Mensch, the bridge was her monolith subject for some early dramatic photography, an ancient object frequently draped in shadow and fog. In 1999, she was allowed into one of the bridge’s approaches to photograph its cavernous hollows and brick-lined walls. The experience inspired an adventure. 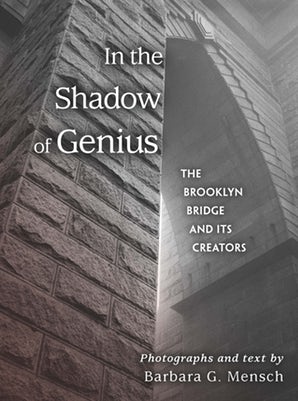 In the Shadow of Genius
The Brooklyn Bridge and Its Creators
Photographs and text by Barbara G. Mensch
Fordham University Press

Mensch’s book is a curious mix of a photo essay, travelogue and biographical portrait, wandering the course of the lives of bridge builders John Roebling, his son Washington Roebling and daughter-in-law Emily Roebling.

While she spends most of the book physically away from the Brooklyn Bridge itself — in John Roebling’s hometown of Mühlhausen, Germany, for instance, or the sites of early Roebling bridge projects — the landmark nonetheless seems to follow along with her, echoed in older architecture familiar to the bridge creators. Church doorways repeat themselves in the bridge’s cathedral arches. Delicate lines of wire rope recall the pulley systems of early portage railroad cars.

Genius is supported with reprinted archival materials and it is here that Mensch detours into surprising elements of their biography. Much time is spent on Washington’s military career as a Union engineer during the Civil War. He was able to distinguish his talents from those of his father. Later on, we even get a peek at frustrations on Washington’s part; historians often conflated the details of both father and son as though they were one person.

But this isn’t an extensive biography of the trio; there’s little new information on Emily, for instance. The real star is Mensch’s moody, spiritual photographs of the bridge over the past four decades. Only through the eyes of a meditative photographer like Mensch could a structure of such astounding beauty seem even more perfect. With each image, the bridge is built anew.

For a more complete and general history of downtown Brooklyn, take a look at our podcast post and episode on the city’s rich and often forgotten history.