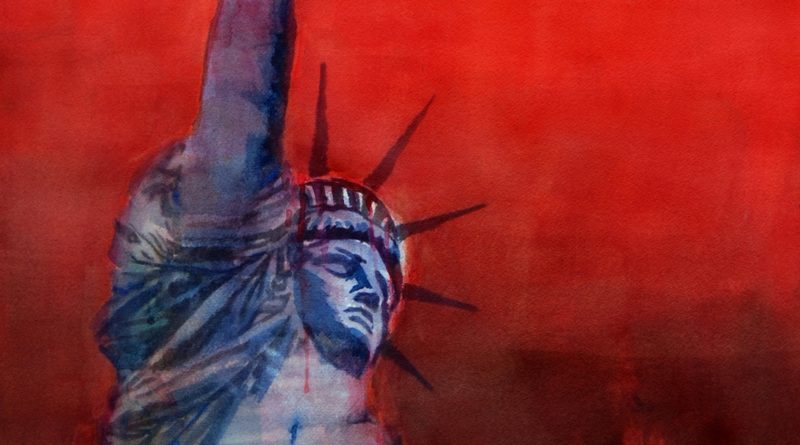 I love visiting the Statue of Liberty — and if you haven’t been in awhile, you should plan a trip soon. Walking around and inside the famous statue presents a familiar feeling of warmth, of getting to know an old relative who’s secretly cool and interesting.

But the experience the legacy of the Statue, you should instead stroll around the Lower East Side, visit Ellis Island or the Henry Street Settlement, look up your family genealogy or eat at a restaurant with cuisine unfamiliar to you.

Lady Liberty is an exhilerating, contemporary take on the story of the Statue of Liberty, that gift from the French which has taken on meanings far beyond the original intent.

Joan Marans Dim, an opinion writer and essayist, seeks the Statue’s greater meanings in light of recent politics. (Her essays take the story right up to the Trump era.) Although its origins — sprung from the mind of Frédéric Auguste Bartholdi and the Parisian foundry of Gaget, Gautheir et Cie — are lovingly documented, it’s in the statue’s evolving meanings that finds Dim at her most impassioned.

What gives this slim but attractive book its energy are the beautiful painted works by Antonio Masi, himself the descendant of an immigrant who came to America to help build the Queensboro Bridge.

Dim also takes this view, aimed squarely at the words of Emma Lazarus, affixed to the foot of the Statue as an aspirational motto. Words that don’t seem to apply to the native Americans forced from their homes or to the future refugees — “the huddled masses” — rejected and returned.

“The truth is that Lazarus’s sonnet, though beautify wrought, sometimes rings hollow. Yet, despite all this, the Statue of Liberty stands as a perfection of art, engineering and symbolism. And this is her unvarnished tale.”