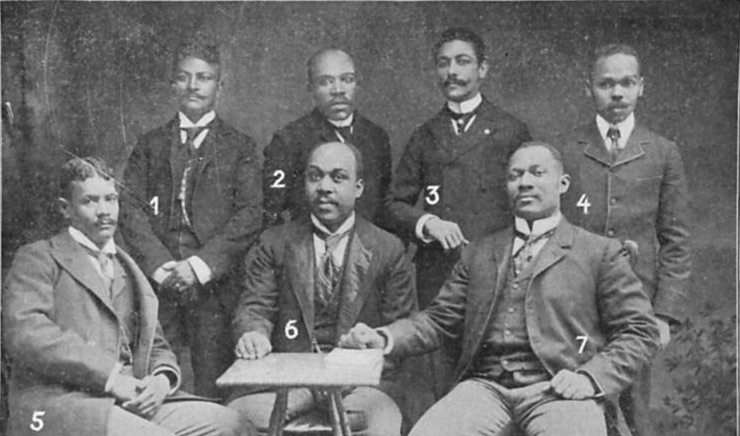 Most New Yorkers of Puerto Rican heritage trace their lineage to those who first migrated to the city after World War II, forming enclaves in areas like East Harlem and the South Bronx that thrive to this day. Some Cuban New Yorkers might trace themselves to a significant wave of Cuban immigrants who first arrived in the city in the 1920s and 30s.

But New York’s connection to the Spanish Caribbean obviously extends back much further. And while Cuban and Puerto Rican immigrants make up a very small part of the 19th century immigration story in New York City, their presence here — and in particular, in one Greenwich Village apartment — would secure a significant foothold for later arrivals.

In Jesse Hoffnung-Garskof‘s revealing and deeply researched history, we get a glimpse of a rarely seen Greenwich Village, a small community of Cuban and Puerto Rican migrants living and working in a crowded city where they don’t quite fit in, between the divides of race, class and language.

And yet the men and women of Racial Migrations not only formed a community among the tenements, they organized for the benefit of their home countries.

Which makes the rowhouse at 73 West Third Street an important historic landmark to both American and Cuban history. It’s here that Spanish Caribbean immigrants met to form an educational organization called La Liga, centered around the philosophies and leadership of Cuban poet and revolutionary José Martí.

Hoffnung-Garskof focuses on the life stories of several who passed through the rowhouse, typesetters and midwives, writers and activists. He also lays out in stunning detail their world here in Manhattan, from the Cuban cigar district on Maiden Lane to the Freemason lodges for men of color.

“Black and brown cooks, cigar makers and even laundresses and housewives were also deeply embedded in social networks and spaces in the city that linked them to white Cubans,” writes Hoffnung-Garskof, “especially the area of the city where the Cuban cigar factories were located.”

To explore these unique networks, so intricately detailed in Racial Migrations, is to discover yet another extraordinary facet about New York City and its rich Afro-Latin heritage.