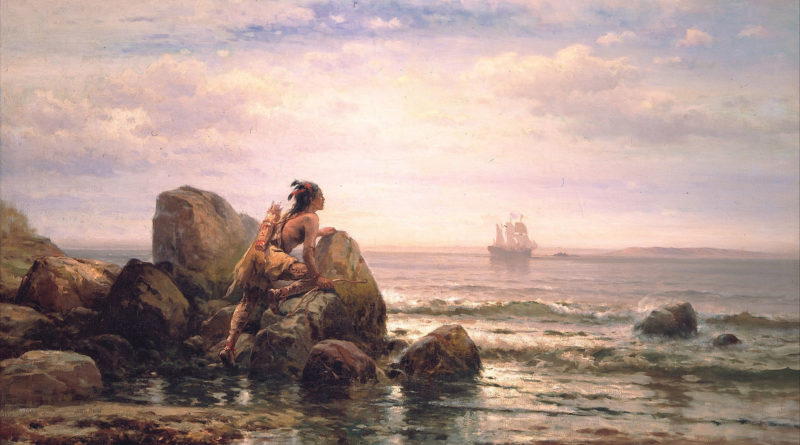 September has traditionally been the month that New Yorkers celebrate the early history of the region. Why? Maybe it’s the coming autumn — with the changing leaves of the Hudson River Valley — mixed with the first days of school, when textbooks get newly cracked open to the stories of early America.

This week we mark two important dates in early New York history. On September 11, 1609 — 410 years ago — the explorer Henry Hudson sailed into the upper bay and became the first European to see the island of Mannahatta. (The following day, he would sail up the river that would later bear his name.)

Then 335 years ago — on September 6, 1664 — Peter Stuyvesant and other residents of New Amsterdam officially handed over the territory of New Netherlands to the English — who less than a year later would rechristen the place New York.

A good time to revisit some early New York history! Start with this five shows from our back catalog:

Every story about New York must begin with the original people who lived in this region before the Europeans arrived. Their presence is still with us today — in old trails, in street and place names — even if the story is ultimately a tragic one.

Henry Hudson and the European Discovery of Mannahatta

Originally looking for a passage to Asia, Hudson fell upon New York harbor and the Lenape inhabitants of lands that would later make up New York City. The river that was eventually named after Hudson may not have provided access to Asia, but it did offer something else that attracted the Dutch and eventually their very first settlement.

Of course, people were already living here — the tribes of the Lenape — and the first settlers sent by the Dutch — French-speaking Walloons — encountered them in the mid 1620s. But relations were relatively good between the two parties at the beginning. Could the native Munsee-speaking people and the first Dutch settlers get along?

Peter Stuyvesant and the Fall of New Amsterdam

There would be no New York City without Peter Stuyvesant, the stern, authoritarian director-general of New Amsterdam, the Dutch port town that predates the modern metropolis.

The willpower of this complicated leader took an endangered ramshackle settlement and transformed it into a functioning city. But Mr. Stuyvesant was no angel.