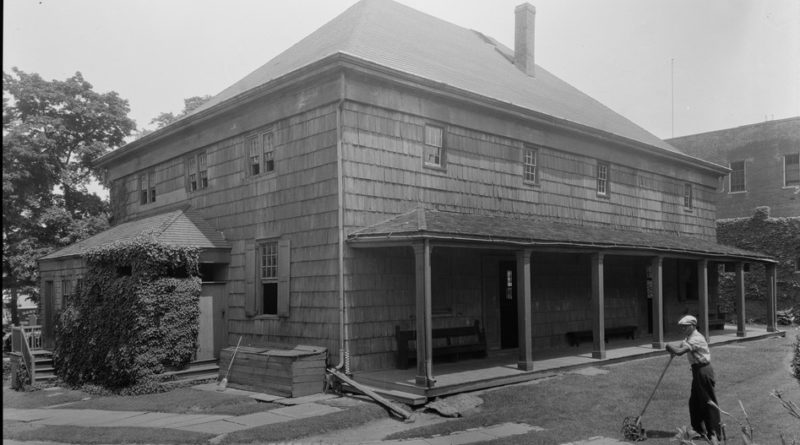 As usual, many locations this weekend did require reservations, most of which were snatched up almost immediately. (I’m not entirely sure, but I think the Equitable Building tour sold out in approximately 2.5 seconds.)

But a large number of locations are ‘open access’ with free admissions — museums, unusual residences and so many more.

There are so many wonderful historic sites to check out that you’ll have to plan ahead. So go to the website of Open House New York, pick a neighborhood and map out your day — keeping in mind any subway service changes this weekend.

Here are a few recommendations of places to visit this weekend that have been tied to recent Bowery Boys: New York City History podcasts. Under the site I’ll recommend some listening to enhance your experience. Simply play the show from this page or find the episode on your favorite podcast player.

This national monument marks the site of a massive burial ground from the 1700s, its tendrils extending under the foundations of surrounding buildings. A lasting reminder of the presence of people of African descent who helped build and define New York City.

St. John the Divine is one of America’s most beautiful houses of worship precisely because of its rough mix of architectural styles and unfinished details. No place wears the history of New York quite like a cathedral with sports-themed stained glass windows and a Keith Haring altarpiece.

This fairy tale destination has been newly restored, providing some unbelievable views of the surrounding park. Use your hike up to the top as an excuse to celebrate one of the founders of Central Park — Andrew Haswell Green.

Open House times: Saturday, October 19, 2019 10:00AM to 2:00PM
Guides will be onsite to answer questions.
Listen to: The story of Andrew Haswell Green

Built in 1785 — two years after the British left New York City — the farmhouse of the Dyckman family is must-visit destination for urban archeology buff. And that’s before you get to the historical surprise in the back yard….

Forget the Vessel. The Little Red Lighthouse, made famous by a classic children’s book, should be the most Instagrammed landmark on Manhattan’s west side.

Saturday, October 19, 2019 12:00PM to 3:00PM
Access will be offered on a first-come, first-served basis, so arrive early
Listen to: Secret Places of Upper Manhattan

BHS’s latest grand exhibition Taking Care of Brooklyn: Stories of Sickness and Health was recently featured on our show about progressive women in the late 19th century.

This house of worship on Montague Street is one of the most important structures in all of Brooklyn Heights, linked both to the neighborhood’s stately religious past and its recent history as a counter cultural destination. Its impressive stained glass windows are among the first ever created in the United States

A visit to this small cottage off the Grand Concourse presents an excellent window into the mind of one of the greatest American writers of the 19th century. Simply the best place to visit on a cool autumn weekend.

Early American religious history isn’t isolated to the Puritans. In fact, this site in Flushing marks a legitimate claim as one of the most important sites to religious freedom in America, thanks to the boldness of the first Quaker settlers in New Netherlands — and no thanks to Peter Stuyvesant.

This stone house at the southern tip of Staten Island holds many historical memories within its old walls, most notably the those of the conference in 1776 between the English and an American delegation which included Benjamin Franklin and John Adams.

But let’s just say it makes an especially inviting destination around this time of year…..