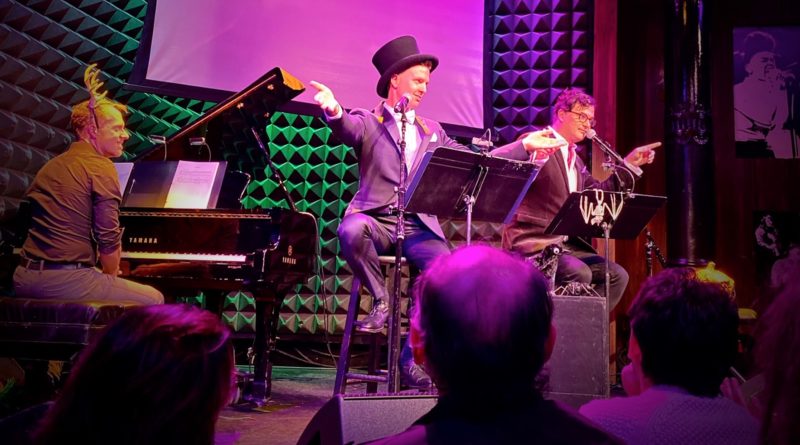 We want to thank everybody who came out to our live Halloween ghost stories shows at Joe’s Pub at the Public Theater. If you’d like to hear what the show was like on Halloween night, never fear! We’ve just released audio of the live October 31st show as an exclusive podcast release for those who support us on Patreon — at any level.

Right now is the best time to join us on Patreon, the crowdfunding membership platform that helps us produce the Bowery Boys: New York City History podcast. We remain an independently produced podcast and Patreon is vital in helping us keep the show going.

Those who support us at any level already receive new episodes of the Bowery Boys Movie Club, as well other audio exclusives and early ticket announcements at upcoming live appearances.

And over the next couple months, you’re going to see some exciting new benefits at different levels. We’re pleased to announce that we are at last offering merchandise — exclusively to patrons!

Join at the $10 level and receive an exclusive Bowery Boys sticker. And those at the $25 level will get a cool new Bowery Boys mug! In addition, at both those levels, you’ll get an invitation to this year’s patron-only holiday party.

(Per Patreon, they will send out the merchandise after being signed up for three months. Those that are already signed up at that level will get their item mailed to you in three months.)

And next week we’ll announce a NEW Patreon feature that we think you’ll all love. For those who already support us there, we thank you!