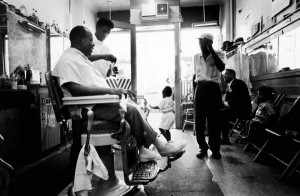 Today’s the birthday of music icon Louis Armstrong, a child of New Orleans (born in 1901) but a proud resident of Queens for almost 30 years, until his death in 1971.

Above, Louis luxuriates at his local Queens barber in 1965. Below, Armstrong belts out his latter-day hit song ‘Hello Dolly’ at a New York club. His home, at the bottom, has been transformed into a museum in his honor. (Photos by John Loengard, taken June 1965, courtesy LIFE images) 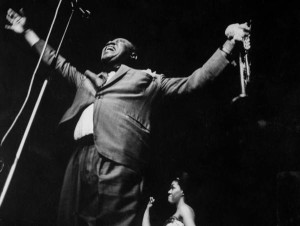 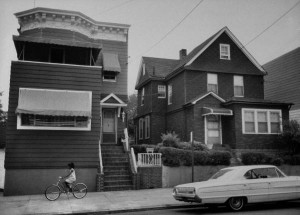