Edgar Allan Poe was born in Boston on this day in 1809. There are several places you can visit to make a connection with the writer’s years in New York City, most notably the Edgar Allan Poe CottageÂ just off the Grand Concourse at Kingsbridge Road in the Bronx. Â Poe mayÂ have worked on his poem ‘The Raven’ at a farmhouse which once sat somewhere around 84th Street and West End Avenue. But if you really want to indulge in a Poe-involved mystery, dig back into our old podcast for the tale of the murder of Mary RogersÂ (Episode #66)Â which inspired Poe to write “The Mystery of Marie Roget”. (You can find that show in our archives feed on iTunes).

And now for some outside links which may interest you:

The Tail of Miss Bridget Cork “On February 14, 1894, a pine box with slats on top arrived at New York City Hall. Acting Secretary McDonough was not sure what to make of the box, and was even worried that it might contain a dangerous device.Â â€œWhat is it?â€ asked Mayor Gilroy. â€œA cat!â€ McDonough replied, after hearing the cat meow. â€œBy George, thereâ€™s a real Gaelic tone to her voice,â€ said one joker in the office. â€œYes, and she has County Galway whiskers,â€ said another.” Â [The Hatching Cat]

King In Brooklyn: Listen to Martin Luther King Jr. deliver a speech at Plymouth Church in Brooklyn Heights. “I need not pause to say how very delighted I am to have the privilege of standing in this historic spot, this sacred spot, the opportunity of being in this church so rich in history and with such a rich tradition.” [Gothamist]

The Wedged Shaped Wonder “The new street would cut directly through the middle of existing blocks and necessitate the razing of existing buildings.Â  One of these was the three-story hotel at No. 15 Marion Street owned by Brooklynite real estate operator Augusta Liebertz.Â Â  When the demolition crews had finished, Augusta found that she was left with an unlikely sliver of property. “Â [Daytonian In Manhattan]

And finally theÂ Guides Association of New York City have announced the nominees for the second annual GANYC Apple Awards, to be held on March 7 at the Leonard Nimoy Thalia at Symphony Space. We’ll be there as presenters! Check out the nominees at this link: [GANYC]

At top and below: The Edgar Allan Poe cottage taken over 100 years ago, courtesy the Library of Congress 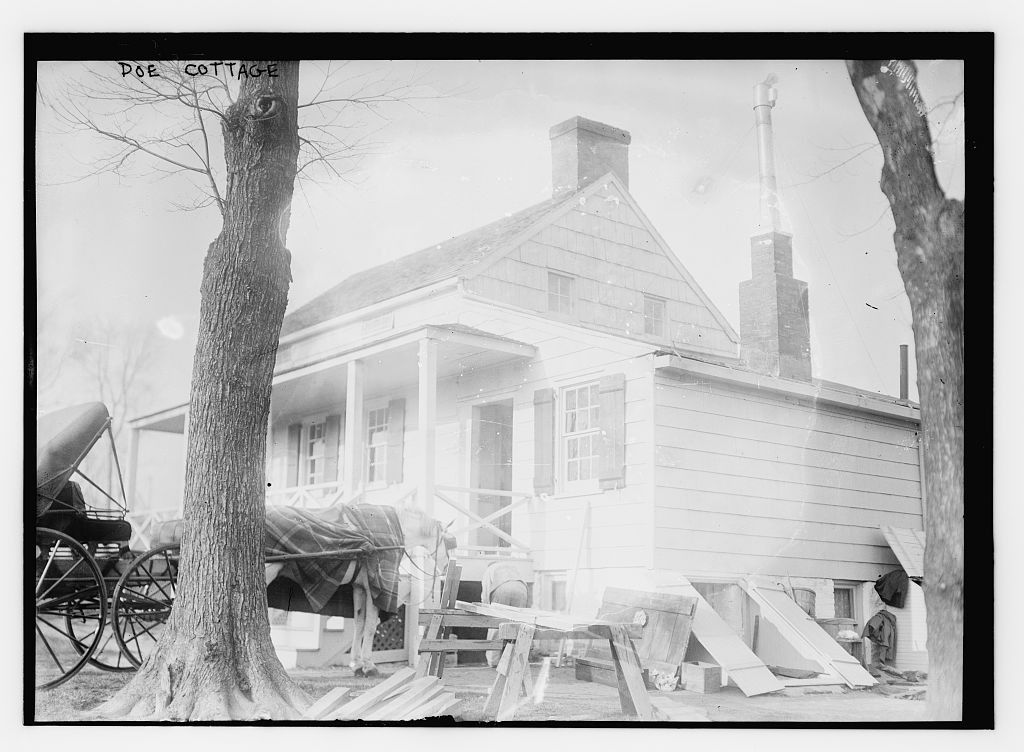 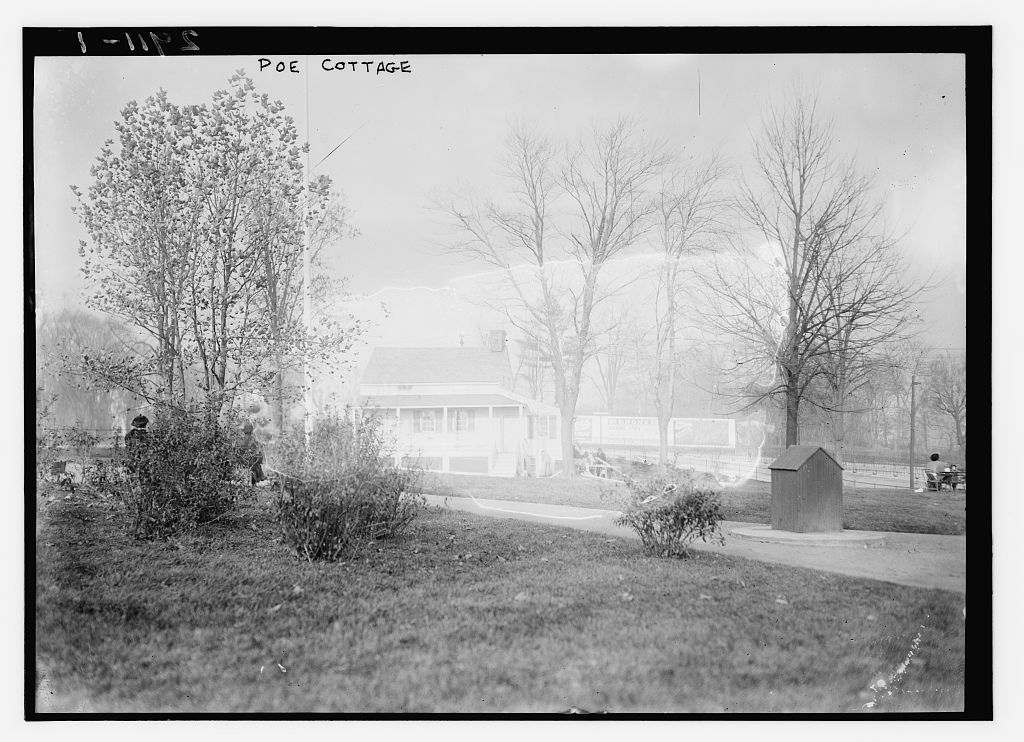 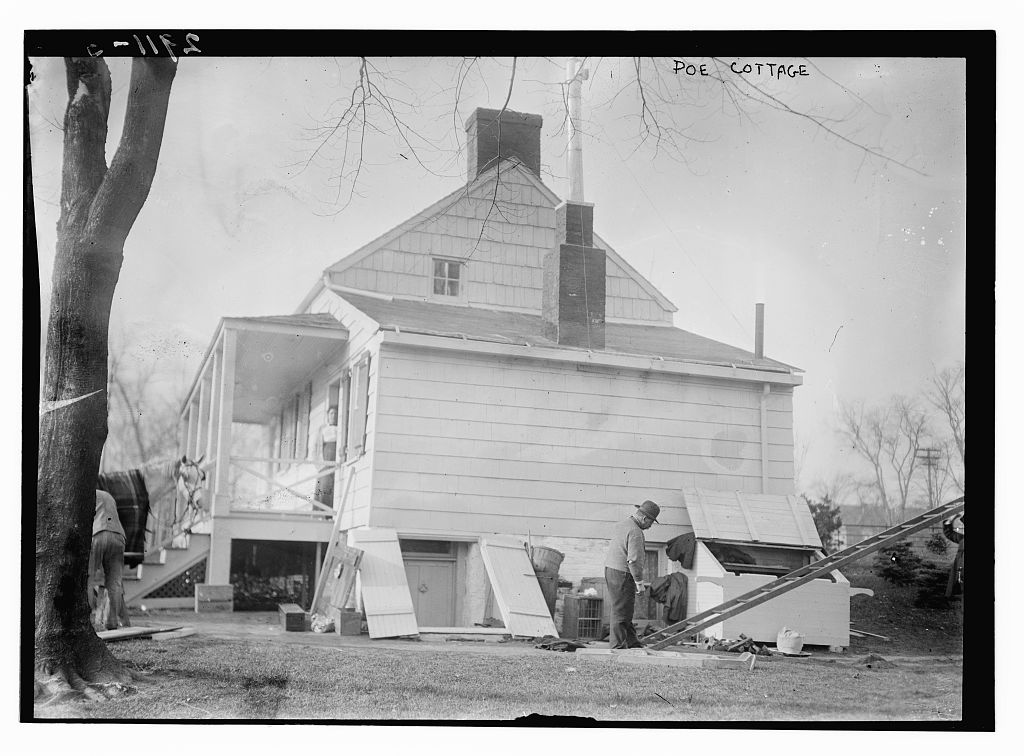 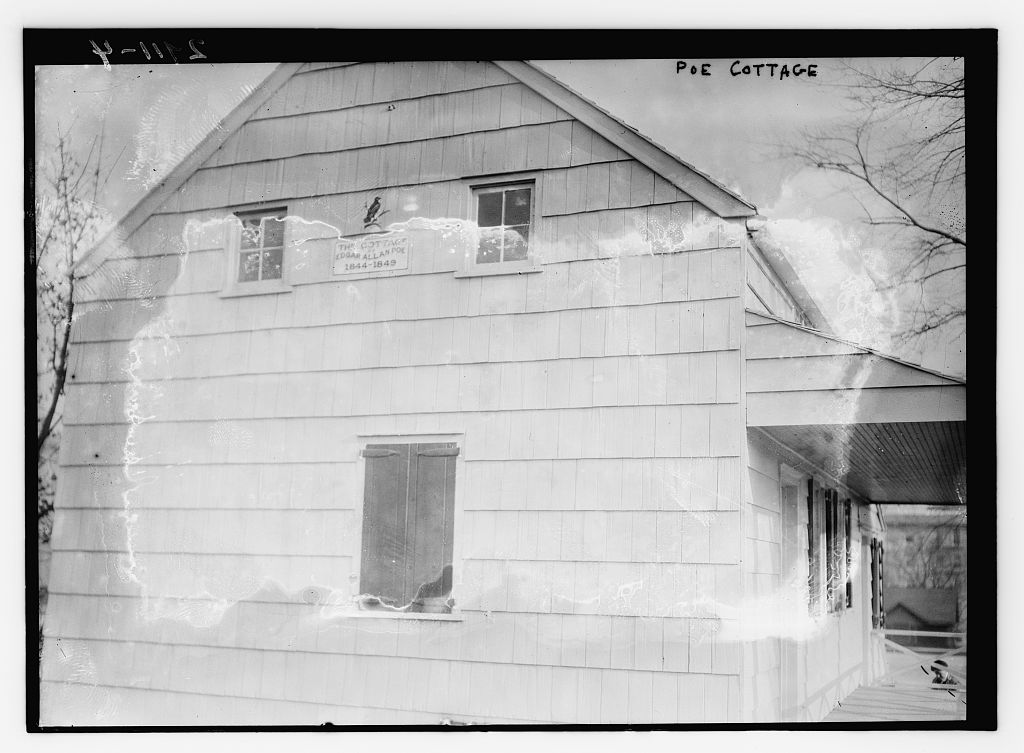 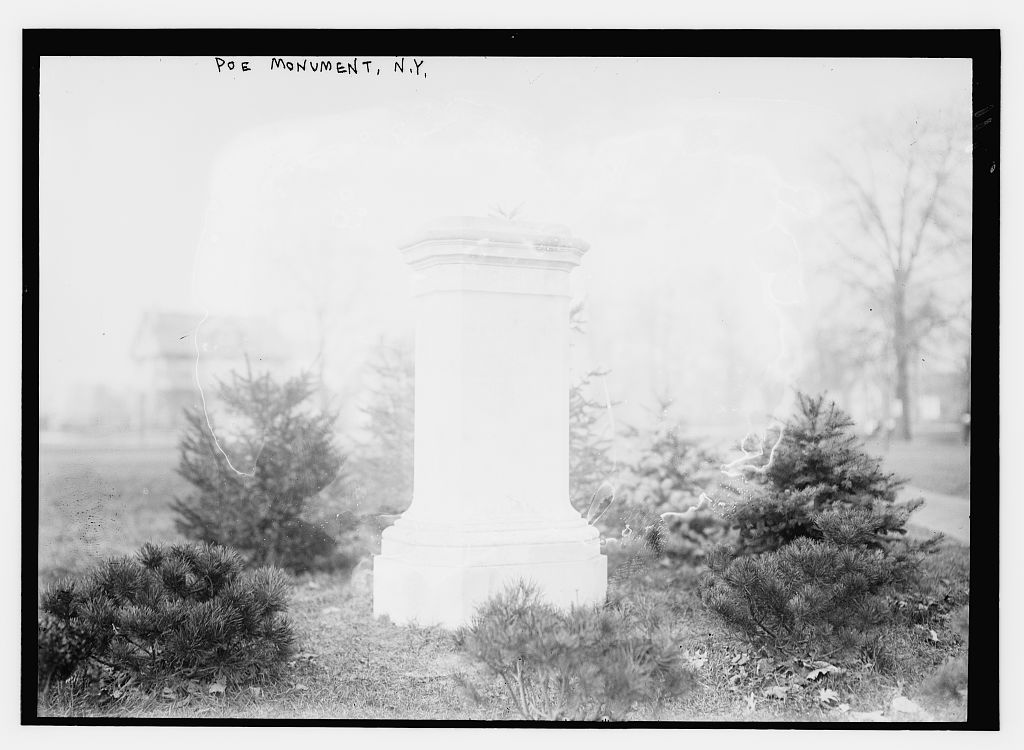 1 reply on “History in the Making 1/19: Happy birthday Edgar Edition”

Happy Birthday, Edgar! When Poe lived in the cottage in the Bronx, he liked to walk to the High Bridge. That bridge is now open for pedestrian traffic again – would make a great day trip for Poe fans to visit.