As part of their My City Book Club series, Calhoun and Sante will be in conversation at the museum on Wednesday, January 27, 6:30 pm, to discuss the past and future of one of New York’s most curious streets. If you heard our podcast on St. Mark.s Place from last year, you know some of the story — a once-respectable street (and home to Alexander Hamilton’s widow) that became home to East Village hippie and punk culture in the late 20th century. Â What’s been the appeal of this street and what does the future hold?

There’s a reception afterwards and get your copy of Calhoun’s book signed afterwards. And we have an offer code forÂ Bowery Boys listeners and readers to get a discount! Go to MCNY’s website to order your ticketsÂ and useÂ offer code MARKS to get a deep discount on your admission ($6 off the $16 ticket price).

The Museum of the City of New York is at 1220 Fifth Avenue. See you there! 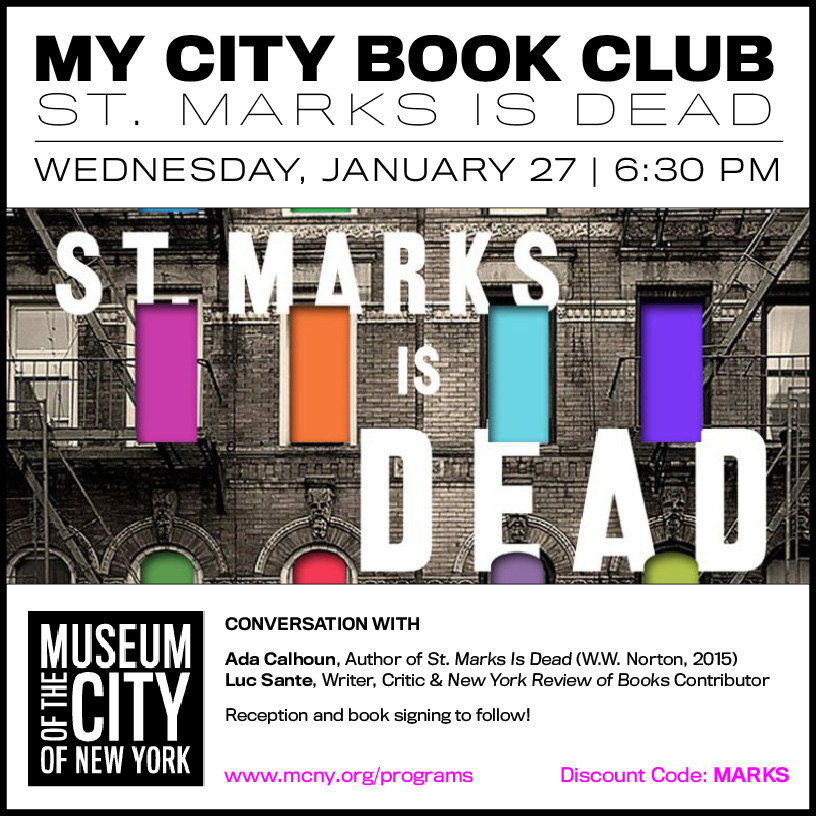 1 reply on “St. Marks Place at MCNY: A talk with Ada Calhoun and Luc Sante”

What is the name of the song you used in #193 on St. Marks place? That didn’t seem like the Velvet Underground, but I keep forgetting the name of the band who played it.