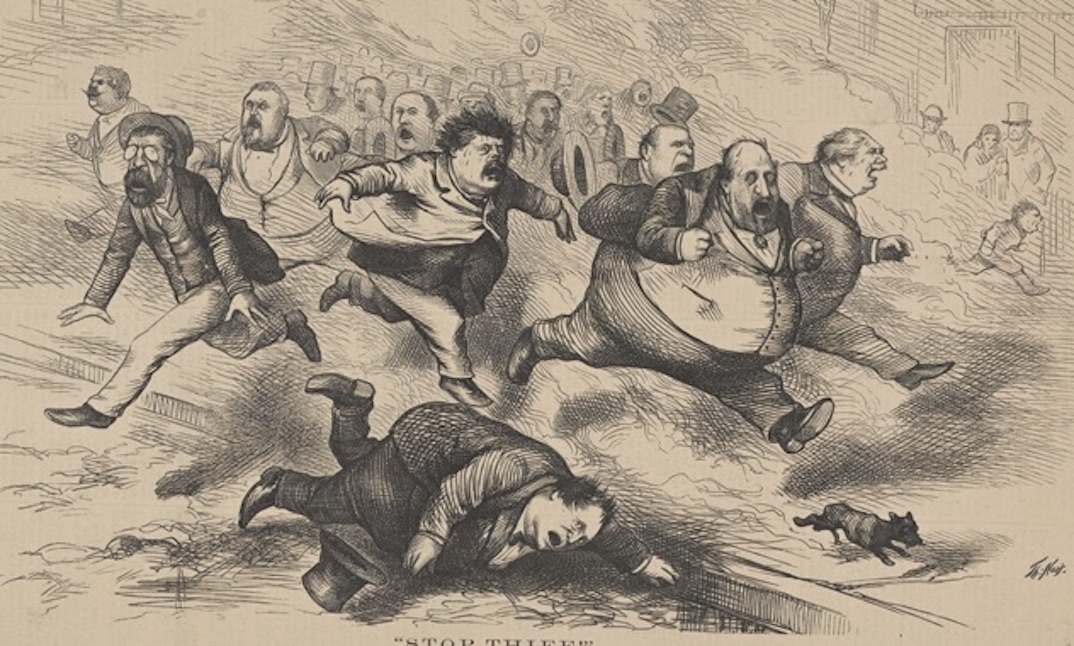 PODCAST The tale of America’s most infamous political machine and the rise and fall of its flamboyant William ‘Boss’ Tweed. (Episode #86)

You cannot understand New York without understanding its most corrupt politician — William ‘Boss’ Tweed, a larger than life personality with lofty ambitions to steal millions of dollars from the city.

With the help of his Tweed Ring’ the former chair-maker had complete control over the city — what was being built, how much it would cost and who was being paid.

How do you bring down a corrupt government when it seems almost everybody’s in on it? We reveal the downfall of the Tweed Ring and the end to one of the biggest political scandal in New York history. It begins with a sleigh ride.

ALSO: Find out how Tammany Hall, the dominant political machine of the 19th century, got its start — as a rather innocent social club that required men to dress up and pretend they’re Native Americans.

THIS SHOW WAS ORIGINALLY RELEASED ON JULY 2, 2009

A grand selection of illustrations of William Tweed and his Tweed Ring (in particular Peter Sweeny, New York mayor A. Oakey Hall, New York governor John Hoffman and Richard ‘Slippery Dick’ Connelly), as drawn by Thomas Nast, the Harper’s Weekly cartoonist who is perhaps most responsible for stirring up anger against New York’s corrupt political system.

These represent Nast’s work from between 1870 to 1876.. All are in the public domain and many are drawn directly from the New York Public Library public domain archives.