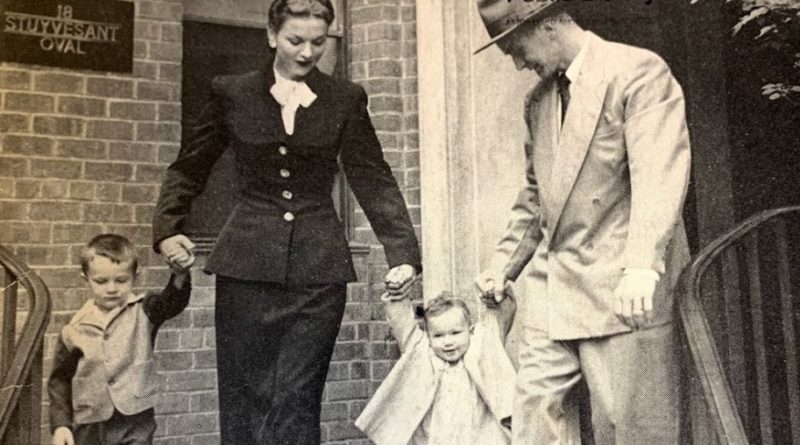 EPISODE 303 The residential complexes Stuyvesant Town and Peter Cooper Village, built in the late 1940s, incorporating thousands of apartments within a manicured ‘campus’ on the east side, seemed to provide the perfect solution for New York City’s 20th century housing woes.

For Robert Moses, it provided a reason to clear out an unpleasant neighborhood of dilapidated tenements and filthy gas tanks. For the insurance company Metropolitan Life, the city’s partner in constructing these complexes, it represented both a profit opportunity and a way to improve the lives of middle class New Yorkers.

It would be a home for returning World War II veterans and a new mode of living for young families.

As long as you were white.

In the spring of 1943, just a day before the project was approved by the city, Met Life’s president Frederick H. Ecker brazenly declared their housing policy: “Negros and whites don’t mix. Perhaps they will in a hundred years, but not now.”

But some of the loudest cries of resistance came from the residents of Stuy Town itself, waging a war from their very homes against racial discrimination.

A bonus podcast for those who support us on Patreon

Greg and Tom continue their conversation about the origins of Stuyvesant Town.

1) The critical response to Stuy Town’s uniform design was, shall we say, extreme.
2) In the wake of the 1968 Fair Housing Act, the U.S. Department of Justice cracked down on the discrimination policies of two major New York City housing developers — one with the name of Trump.

A view on the old Gas House District. (Read more about it here.)

From the Communist Party newspaper the Daily Worker:

Lee Lorch was profiled in the Times back in 2010.

From the 1950s housing brochure for Stuyvesant Town:

The Bronx Is Burning: For another perspective on Moses and the city’s destructive ‘urban renewal’ urges, check out the third part of our Bronx series.

Hotel Theresa: Evidence of New York’s Jim Crow policies were even on display in Harlem as demonstrated by the early years of this treasured landmark.

A History of Housing in New York City by Richard Plunz

Other People’s Money: Inside the Housing Crisis and the Demise of the Greatest Real Estate Deal Ever Made  by Charles V. Bagli

Priced Out: Stuyvesant Town and the Loss of Middle-Class Neighborhoods by Rachael A. Woldoff, Lisa M. Morrison and Michael R. Glass