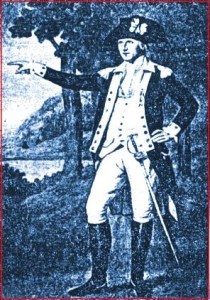 Marinus Willett is easily one of the most distinguished New York mayors, one of the few whose tenure at City Hall is so dwarfed by his past achievements that it merits but a footnote in his biography. However, he has a fantastic connection with the job that makes his brief stint there all the more relevant.

Marinus served as city mayor from 1807-1808. His great-grandfather Thomas Willett, however, was New York City very first mayor, appointed to guide the city of New Amsterdam through its official transformation as a British property in 1665.

His rascally grandson would be less enamored of his British lineage. Born in Jamaica, Long Island, in what would much, much later become Queens, Marinus would be the last New York mayor with strong military connections to the Revolutionary War.

He would cut his teeth during the battles of the French and Indian War, where as a young man he participated in the failed campaign at Fort Ticonderoga. By 1775, he was a lusty American rebel living in New York, foiling British troops at the very start of the Revolutionary War as one of the subversive Sons of Liberty.

That same year, age 35, he became Lieutenant Colonel in Washington’s Continental Army, working on the northern Canadian campaigns, and distinguishing himself at the defense of Fort Stanwix in upstate New York, where he held off British and allied Indian forces. Eventually in 1780 he was even given command of the entire Mohawk Valley, where his ragtag and sparse militia tenuously held the area against enemy foes. 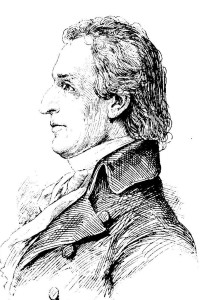 Willett’s return to post-war New York was seemingly marked by skirmishes of a different sort, divorcing two different women before settling in 1799 on a third 35 years his junior. (All this on top of an illegitimate son he had fathered during the war!)

Despite his domestic troubles, he maneuvered through the ranks of local politics (thanks to his connections to Governor George Clinton), eventually becoming the sheriff of New York from 1785-88 and four more years in 1792.

His appointment to the mayor’s seat in 1807 comes as an interruption to one of the great New York political legacies, that of DeWitt Clinton, who was removed as mayor after his stint in 1803-1807, replaced with Willett, then two years after that, returned to the job in 1809. And two years after that, when Willett ran for state lieutenant governor, he was defeated … by DeWitt Clinton.

Willett is still remembered today in the Lower East Side with two streets — Willett Street and possibly Sheriff Street. (The LoHo 10002 site has some good biographical information on him as well.) Both streets have been rather ungraciously neutered by the Williamsburg Bridge.

And although this isn’t in New York City, look here for the fate of a rather unfortunate Marinus Willett memorial in Albany, NY.

4 replies on “Know Your Mayors: Marinus Willett, the badass mayor”

Marinus Willett was a descendant of the Cornells and the Varicks. His name “Marinus” comes from a Varick great uncle. Little mentioned is his trade as a fine cabinet maker. A rare 5-legged card table from his shop sold for about a quarter million dollars.

Being a great grandfather of mine. I thought I would mention that most of the Marinus Willett descendants a skill with their hands as my own father was mold maker for plastic products and you have to be very skilled at it

Can anyone familiar with Marinus’ family help me out with identifying a possible Marinus descendent, maybe an illegitimate one, named Ebenezer Willett Born on Long Island in 1798 or 1799, who later married Ellen (Nellie) Langdon? It is a brick wall in my family tree that I’ve spent decades trying to break through. Thank you.

Hi Suzanne,
Unfortunately I do not have any information to help you at this time however I have only been able to confirm a little research on my Willett ancestors since there are so many of them.
My Great-grandmother was Annie Zenobia Willett. Her parents were Albert John & Lydia Ann (Enyeart) Willett. I will be sending my DNA in soon which will hopefully assist with my research since there are so many Willett’s! Feel free to get in touch with me through email or on Facebook as well.
I look forward to assisting each other with research.
Lanette Bethard
lanettebethard@outlook.com