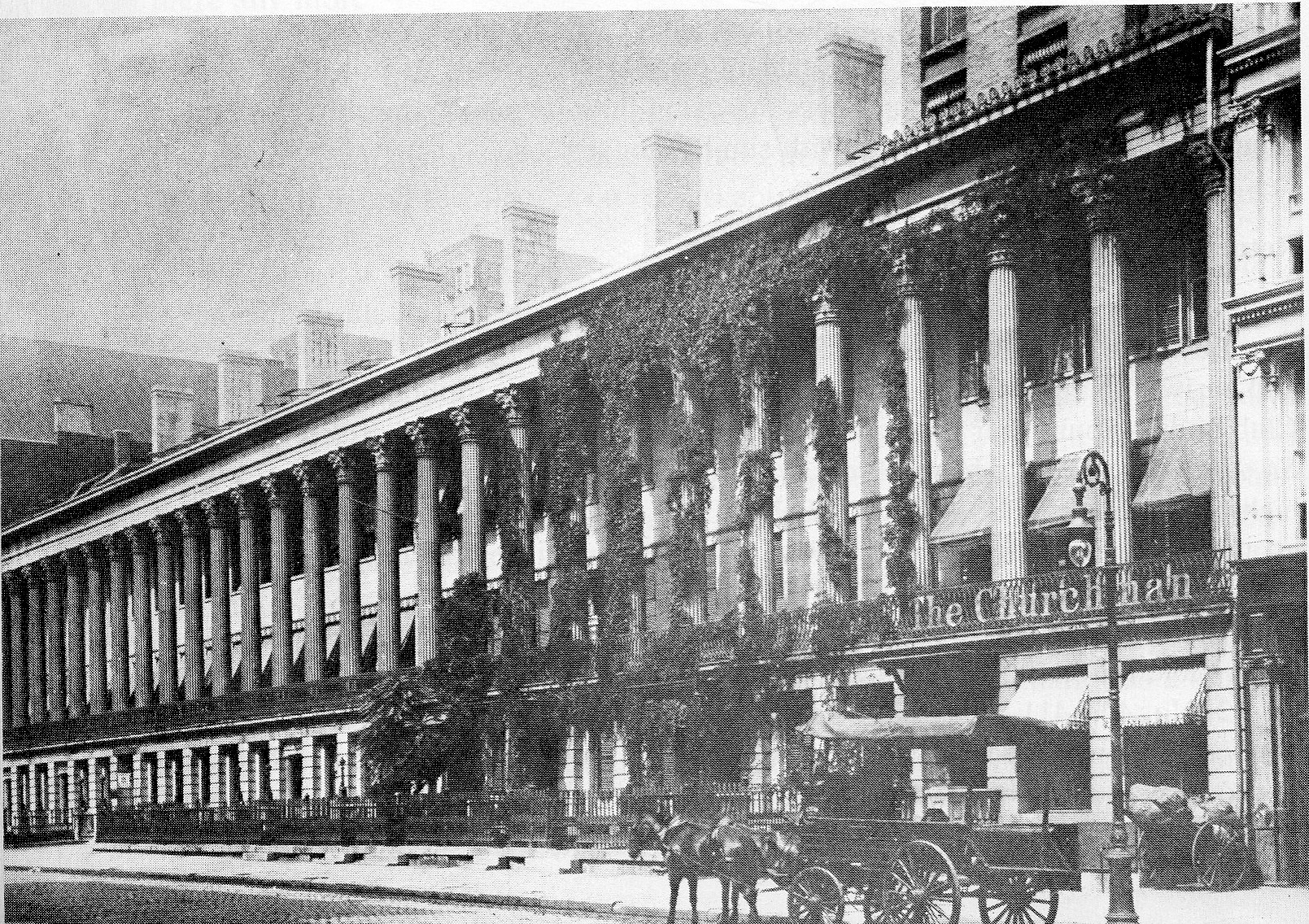 On May 10, 1849, Astor Place erupted into bloody violence as crowds took to the streets and battled it out — over a Shakespearean actor. It was the first time in American history that a state militia trained its muskets upon the very population it had been sworn to protect.

[Read more about this and listen to our podcast episode about the Astor Place Riot of 1849.]

Yet of the many structures today surrounding Astor Place, only Colonnade Row (at 428–434 Lafayette Place) still remains from that dreadful day. From between its columns that May night, residents observed the horrifying violence firsthand. These old buildings, distinctive for their Corinthian columns, seem especially weathered when compared with the dazzling Astor Library across the street, home to the Public Theater since 1967.

(Colonnade Row, it should be noted, is also something of an off-Broadway landmark. The Astor Place Theatre, located in the basement, has been home to the flamboyant Blue Man Group spectacle for so long that the original performers have since turned gray.)

In 1805 this area was home to Vauxhall Gardens, an outdoor recreational venue that functioned something like a privately run park. But the city was expanding north, and wealthy fur trader–turned–real estate tycoon John Jacob Astor understood high society’s desire for more refined residential quarters.

In 1826 Astor sliced a street right through Vauxhall Gardens and named it after the Marquis de Lafayette.

Upon the western side of Lafayette Place (now Lafayette Street) he commissioned an upscale housing complex originally called La Grange Terrace, named for the marquis’s estate back in France.

As historian Alvin F. Harlow later observed, Astor “was ridiculed for his folly in building such mansions on the very outskirts of town, but he was right.”

Completed in 1833, La Grange Terrace was quite a large and lavish address, boasting nine residences (today’s Colonnade Row contains only four of these original houses) that attracted notable members of high society—a relation of Washington Irving, the father-in-law of President John Tyler, even Astor’s own grandson. They were among the toasts of the town, hosting dinner parties in their twenty-six-room(!) mansions, and enjoying such state-of-the-art luxuries as central heating and indoor plumbing.

Some residents of La Grange Terrace were home on the evening of May 10, 1849, the night that all hell broke loose.

Located just up the block between Astor Place and 8th Street, the Astor Place Opera House had opened two years before as a place for the city’s elite to gather, flaunt their good fortune, and take in an evening of (often imported) culture. Indeed, this was the case on the night of May 10, when they gathered to witness a highly antici- pated performance of Macbeth, starring William Charles Macready, England’s most famous tragedian.

For years Macready had been engaged in high-profile thespian warfare with New York’s most celebrated hometown actor, Edwin Forrest, a charismatic star whose rugged, brawny performances endeared him to working-class audiences.

Below: William Macready in costume, painted by John Jackson 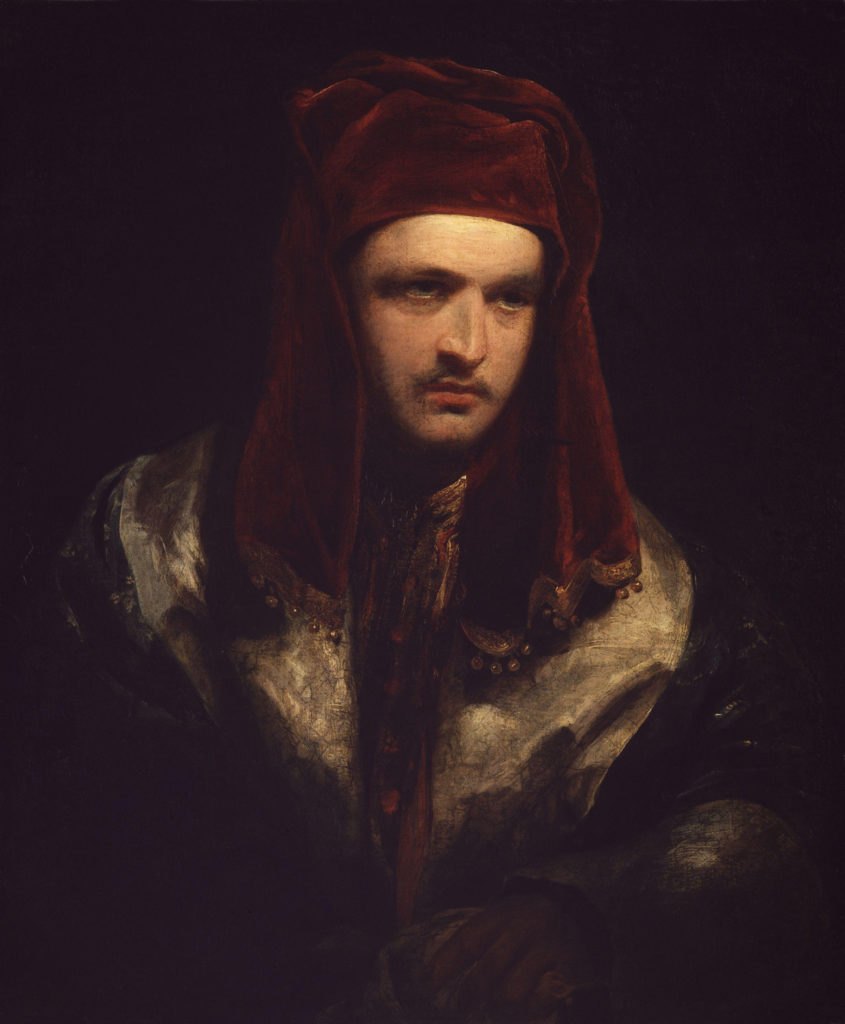 At first, the publicity surrounding their rivalry was a boon to both actors and to ticket sales wherever they performed. Both Macready and Forrest toured the United States in separate productions, many times visiting cities just days apart from each other. Audiences would attend both shows and argue for days about the superiority of one performance over the other.

Soon, however, it seemed these boisterous theatrical arguments were about something larger than the delivery of a Shakespearean soliloquy. Tensions were simmering about something deeper than any actor or performance, but rather that which they represented.

Forrest’s popularity among the Bowery crowd, especially the new Irish immigrants seeking to survive on the lowest rung of New York life, emboldened them against Macready. Macready’s fans, meanwhile, were eager to associate themselves with the fineries of English society. To Macready’s rarified audiences, Forrest represented the growing dangers of the impoverished immigrant class in the rapidly expanding city.

Below: Edwin Forrest, in a later photographic portrait by Mathew Brady 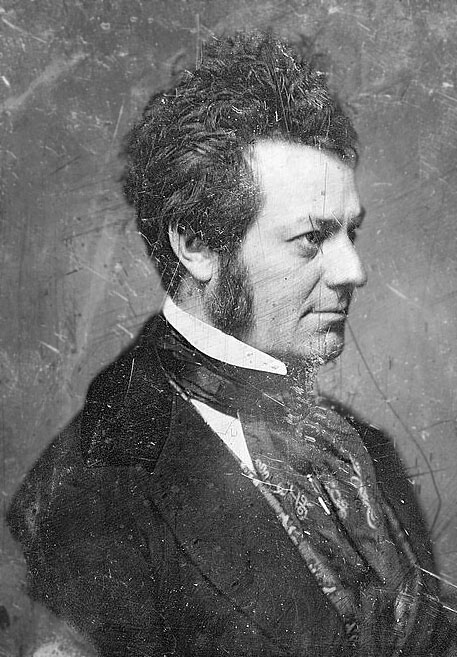 As the actors’ public feud grew more heated, so too did the ire of their respective audiences. And here, in May of 1849, both actors were performing in the same city at the same time. Tensions were high.

On May 7, Forrest supporters had disrupted a performance of Macbeth at the Opera House, pelting the stage with wilted vegetables and rotten eggs. Scorned and embarrassed, the English actor vowed never again to perform in New York and packed his bags to head back to London.

That night, May 10, thousands of anti-Macready rioters packed into Astor Place, pushing up against the police forces gathered around the theater. 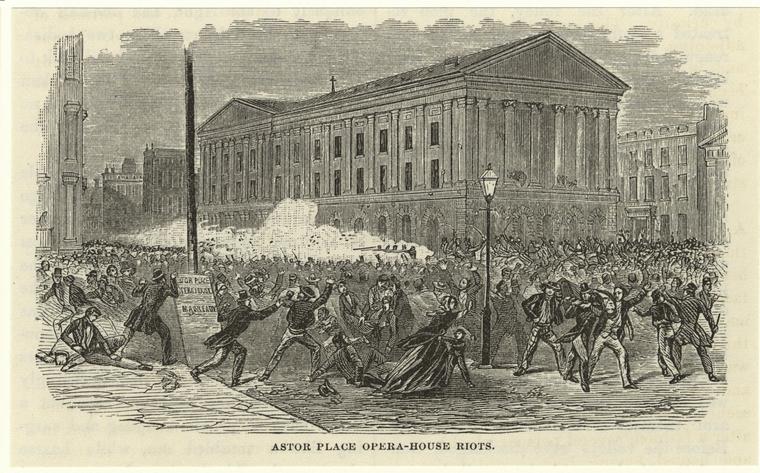 Tensions mounted as the crowds swelled, raising their voices—and then the stones started flying. Protestors pulled cobblestones from the street, pelting the police officers while screaming to burn the theater to the ground.

Inside, the audience tried to keep its focus on Macready, who gave a fine performance, given the circumstances, the drama of the evening enhanced by the growing sense of danger in the air. Once the show was over, Macready wisely disguised himself and made a quick exit through the back of the theater, never to perform in America again. 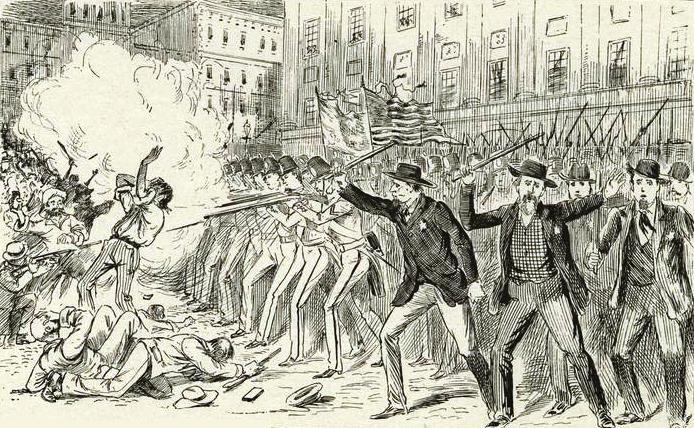 As darkness fell, the police struggled to contain the crowd and needed backup. The state militia marched from Washington Square and gathered inside the stables of La Grange Terrace, ready to disperse the agitated crowd that filled the square.

The soldiers fired shots into the crowd, seemingly without a distinct target. Anger turned to panic as thousands pushed and shoved, pulling in and trampling innocent bystanders in their path. By the time the crowd finally dispersed, at least twenty-five people had been shot and killed, some from stray bullets that hit them inside their homes. 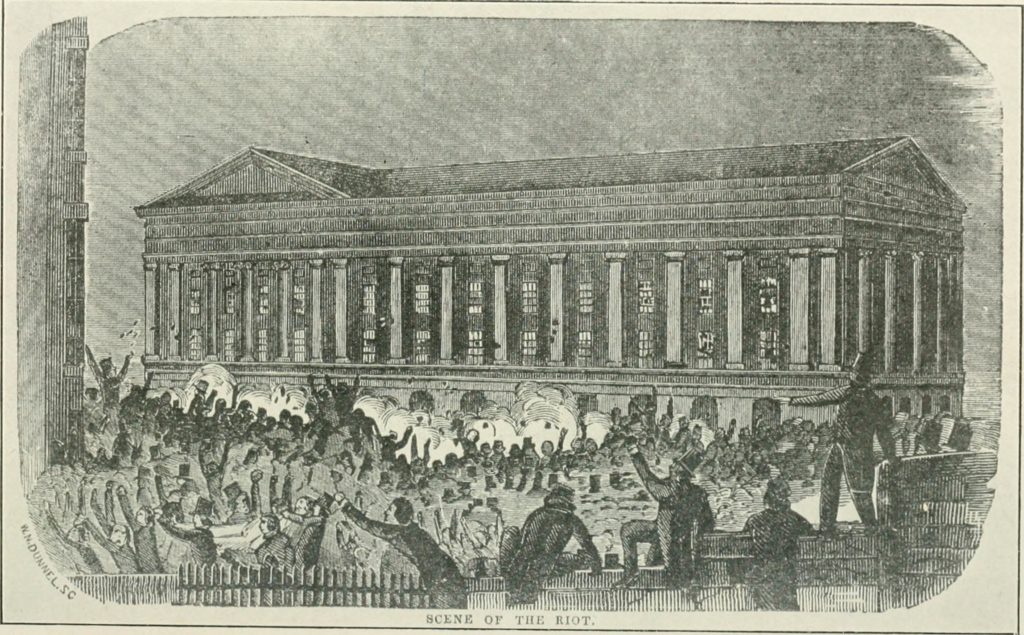 This violent episode signaled the beginning of the end for Astor Place as an elite destination. Soon, ritzy developments opened farther north near Union Square, Gramercy Park, and later, Madison Square, and the old Opera House was torn down.

In the 1850s Astor Place saw the opening of two institutions that would give it a new educational purpose: the private lending library owned by the Astor family (opened in 1853) and the Cooper Union institution of higher learning (in 1859).

Unsurprisingly, La Grange Terrace experienced a spectacular fall from grace. It played various roles over the next several decades, functioning as various hotels and boardinghouses, before five of the nine houses were demolished in 1902.

The other four continued into the twentieth century as curious relics of a bygone era. In 1965 they were among the inaugural structures to be saved by the newly formed Landmarks Preservation Commission.

Even with battered old columns, this landmark tells a marvelous story of New York—from blue bloods to Blue Men.