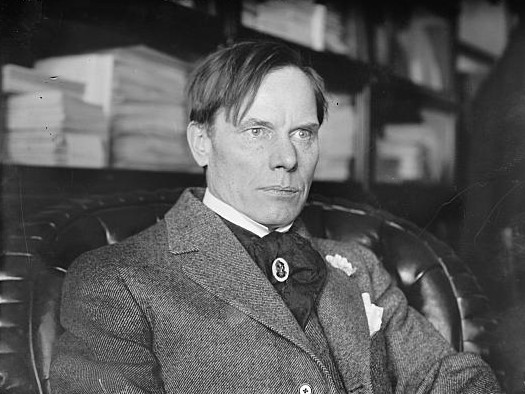 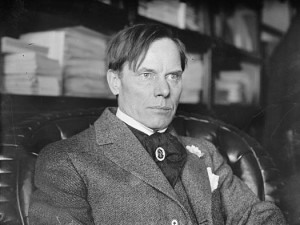 STRESSED: William Sulzer in 1911, a New York City representative on his way up…and out

*okay, technically he was removed in disgrace

As bloggers, newshawks and politicos wait to see what, if anything, comes of the latest New York Times supposed bombshell about current governor David Paterson — he’s already protesting “I DID NOT HAVE SEX WITH THAT WOMAN” in the Post — I thought I’d turn to state politics for a day and see how many of our state’s governors have been shamed into resigning. Certainly, in the wild-west days of state politics, there must have a been a few, right?

In fact, there’s only been two — the infamous Eliot Spitzer and of course, that dastardly William Sulzer.

Sulzer is a perfect example among many as to why you never trust Tammany Hall, especially if you’re one of them. Sulzer was a handchosen successor for the governor’s seat in 1913, a man of middling talents selected to do the Democratic machine’s bidding in state affairs. But like a bad gangster movie, you step outta line, you pay the price.

Sulzer was a practicing young lawyer during the 1880s who like many men worked his way into politics using the sticky graces of Tammany patronage. Sulzer more than paid his dues; in 1895, he served as representative of the various electoral districts in the U.S. House of Representatives, and served there up until the events described below.

They called him ‘Plain Bill’ Sulzer for entirely fictitious reasons; in fact, he was a “vain and self-important,” according to author Oliver Allen, miming the role of an elder statesman in dress and deed. He made grandiloquent statements about the public good but was mocked down in the Bowery saloons as a bit of a peacock. “When it comes to preserving our liberties, ” said one reporter, “Willliam is a whole canning factory.”

But he was subservient to Tammany, a loyal Freemason and, most important, well liked in an over-crowded district of potential voters. When governor John Dix, a Tammany Democrat who swiftly proved overwhelmed by the job, was nudged aside in 1912 by Tammany’s boss Charles Murphy, he was replaced by Sulzer on the ticket. Despite a challenge from a surging Progressive Party — led by former president Theodore Roosevelt — Sulzer was handily elected.

Perhaps it was the way in which his predecessor Dix was swept aside. Perhaps it was stupidity. Perhaps it was failed ingenuity. Whatever the case, Sulzer took office and immediately began ignoring Murphy’s requests for appointments. Even worse, he began calling for inquiries into questionable state construction contracts — always a hornet’s nest of illicit behavior by Democratic lawmakers. Looking to deeply here would expose dozens of legislators to accusations of graft and bribery.

Sulzer is not the first Tammany representative to turn his back on the corrupt organization. In fact, the same thing had been going on in New York with mayor William Jay Gaynor, a former golden boy of Murphy’s who proved difficult to control. Gaynor, however, was a deft, able politician who managed to step on Tammany’s toes without crushing them; Sulzer was simply too bold in his rebellion.

By the fall of 1913, Tammany would have neither Gaynor nor Sulzer to deal with. Gaynor would die that September during an overseas voyage of a latent bullet wound, received years earlier in a failed assassination attempt. Sulzer was felled in a more successful assassination, by Murphy, via accusations of improper allotment of campaign finances for personal use.

Sulzer did, in fact, dip into campaign money during the election; in 1910s politics, who didn’t? The investigation was created for the sole purpose of discrediting Sulzer, and its victim proofed feeble to the task of defending himself.

Perhaps sensing futility Sulzer didn’t even show up to trial to defend himself. He was hastily found guilty of “falsifying campaign documents,” impeached and removed from office in October 1913. Sulzer would die in November 1941 as the only governor of New York ever removed from office. And all for giving sass to the party politic.