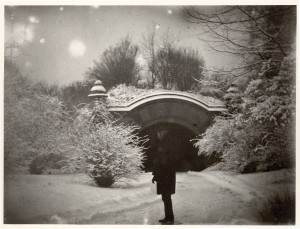 Above: Prospect Park becomes a winter wonderland back in January 7, 1886

The man’s name is George Winslow. The only thing I can find out about him is that he lived in Bay Ridge and was a student at Rensselaer Polytechnic.

The photographer, Wallace G. Levison, also took some shots of his mother in the park two years later, sitting in a patented ‘ice skating chair’ 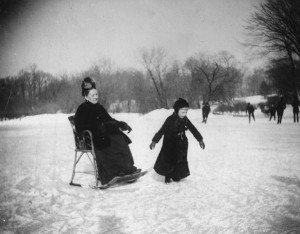