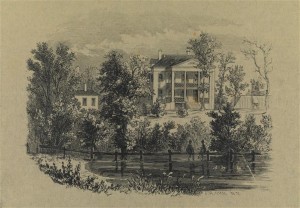 Richmond Hill, the spacious mansion and 26-acre estate on the outskirts of town that had once been George Washington‘s headquarters and later the home of John Adams, was also home to another vice president — Aaron Burr.  This was the place he lived on that fateful day, July 11, 1804, when he entered into a duel with Alexander Hamilton.

Here’s a lovely description of the home from an 1861 biography of Burr by author James Parton: 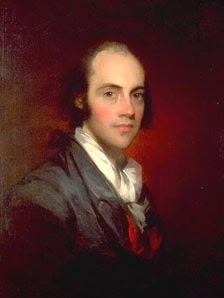 “[Burr’s] style of living kept pace with his increasing income.  In a few years we find him master of Richmond Hill, the mansion where Washington had lived in 1776, with grounds reaching to the Hudson, with ample gardens, and a considerable extent of grove and farm.  Here he maintained a liberal establishment and exercised the hospitality which was then in vogue.

The one particular in which Richmond Hill surpassed the other houses of equal pretensions, was its library.  From his college days, Colonel Burr had been a zealous buyer of books, and his stock had gone on increasing till, on attaining to the dignity of householder, he was able to give to his miscellaneous collection something of the completeness of a library.

It is evident enough, from his correspondence, that his favorite ethos were still those whom the ‘well-constituted minds’ of that day regarded with admiring horror.  The volumes of Gibbon’s History [The Decline And Fall of the Roman Empire] were appearing in those years, striking the orthodox world with wonder and dismay.  They had a very hearty welcome in the circle at Richmond Hill.”

After the duel, Burr liquidated his assets, selling Richmond Hill to John Jacob Astor.  With the grounds heavily cut up and sold, he had the mansion rolled on logs to the newly carved street corner and turned into a theater and opera house.  At this time, he also moved the carriage house further north, where it was later re-purposed and today houses the romantic restaurant One If By Land, Two If By Sea.

It made for a very sumptuous opera house, it appears.  According to author Eric Homberger, “Boxes at the Richmond Hill were furnished as though they were an extension of the elegant parlors of St. John’s Park, with ‘light blue hangings, gilded panels and cornice, arm-chairs, and a sofa.'”

It was parallel in style, perhaps, to the Astor Place Opera House across town.   Eventually it deteriorated into a lowly roadhouse and saloon — but certainly, the most gorgeous one in town — called the Tivoli Saloon before being torn down in 1849. 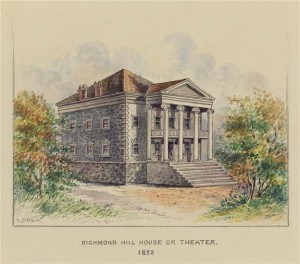 Today the site of Richmond Hill and its former ground are occupied by this building, currently the home of WNYC, and the surrounding blocks of this area of the far West Village. 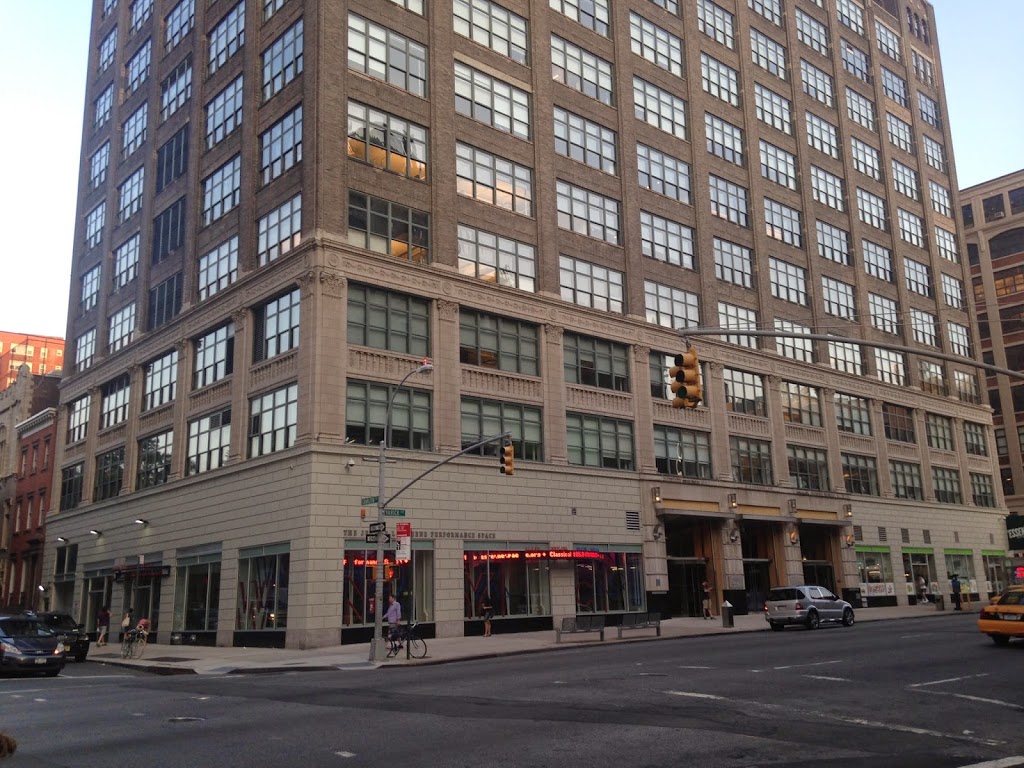 Top image courtesy the Museum of the City of New York