Officials of the show, pictured above, sent a message of peace, via homing pigeon, to President Wilson, in Washington, DC. On each pigeon’s leg was a narrow strip of tissue paper bearing the message: “Universal peace soon will be a god-send“.”

The birds made it safely to Washington DC! 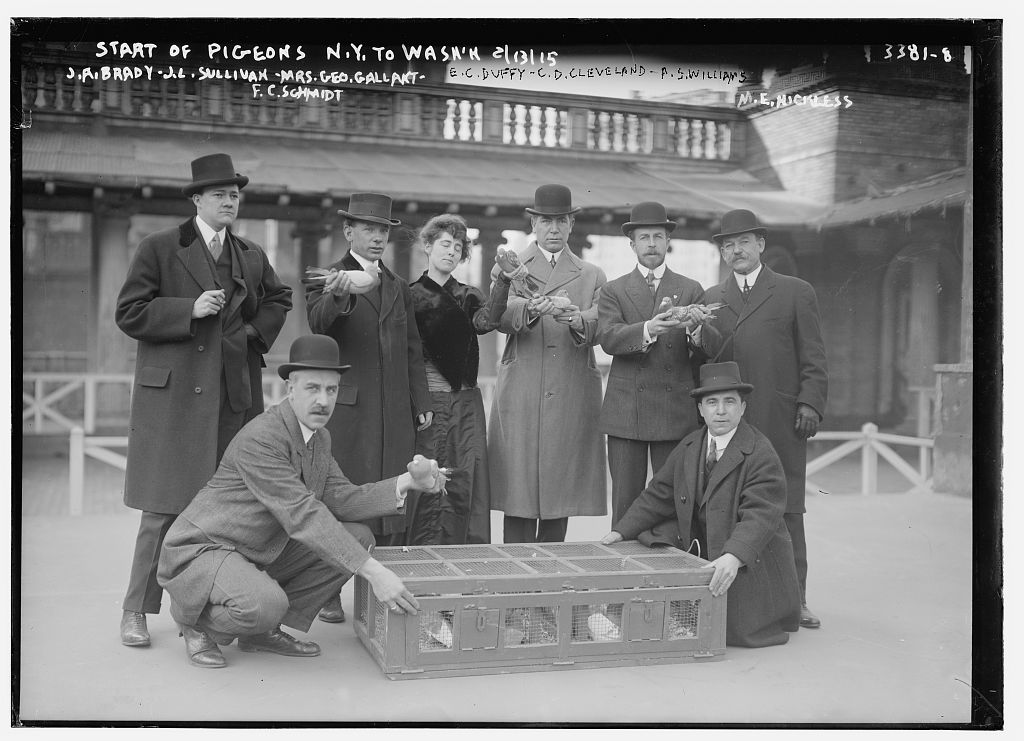 New podcast this Friday exploring the surprising history of a Brooklyn neighborhood. In the meantime, enjoy these history links of interest:

— The incredible history of Kossars bialy factory in the Lower East Side.Â “Morris Kossar thought that opening a bialy-only store would be a good idea. And you have to kinda think about what a concept that is, to open a single-product store that could sustain itself. It’s unthinkable today that you could open up a store that only sold one thing.” [Gothamist]

— Egyptian mysteries! The top 10 secrets of the Temple of Dendur at the Metropolitan Museum of Art. [Untapped Cities]

— Â Take a trip along New Utrecht Avenue and one of Brooklyn’sÂ oldest neighborhoods, via the ghost on an elevated train line. [Forgotten New York]

— The curious tale of the lost Peter Cooper house! [Daytonian in Manhattan]

— Superheroes In Gotham at the New-York Historical Society. Catch it before it flies off on Februrary 21!

1 reply on “History in the Making 2/3: Birds of a Feather Edition”

My great friend, Suzanne, told me about your podcast a few weeks ago. I’ve listened to episodes 98- subway graffiti and they are thoroughly entertaining. Looking forward to burning through all of the remaining episodes. All the best — Kevin