J. K. Rowling’s Fantastic Beasts and Where To Find Them is a prequel of sorts to her wildly popular Harry Potter series. At least, it appears the movie is. The book itself was used within the Potter series as the main character’s textbook. Â The new film version, arriving late this year, seems create a whole new cast of magical folks — and places them in old New York, circa 1926.

In the trailer you can spot a host of reinvented locations, from Broadway (somewhere north of the Woolworth Building) to the Chelsea Piers. A camera zooms over trolley car lines somewhere in Manhattan, and characters appear mysteriously along cobblestone streets and catacombs.

But perhaps the most interesting shot (for history geeks, that is) is the opening shot of New York’s skyline:

For comparison here’s a photograph (courtesy the National Archives) of lower Manhattan in 1926: 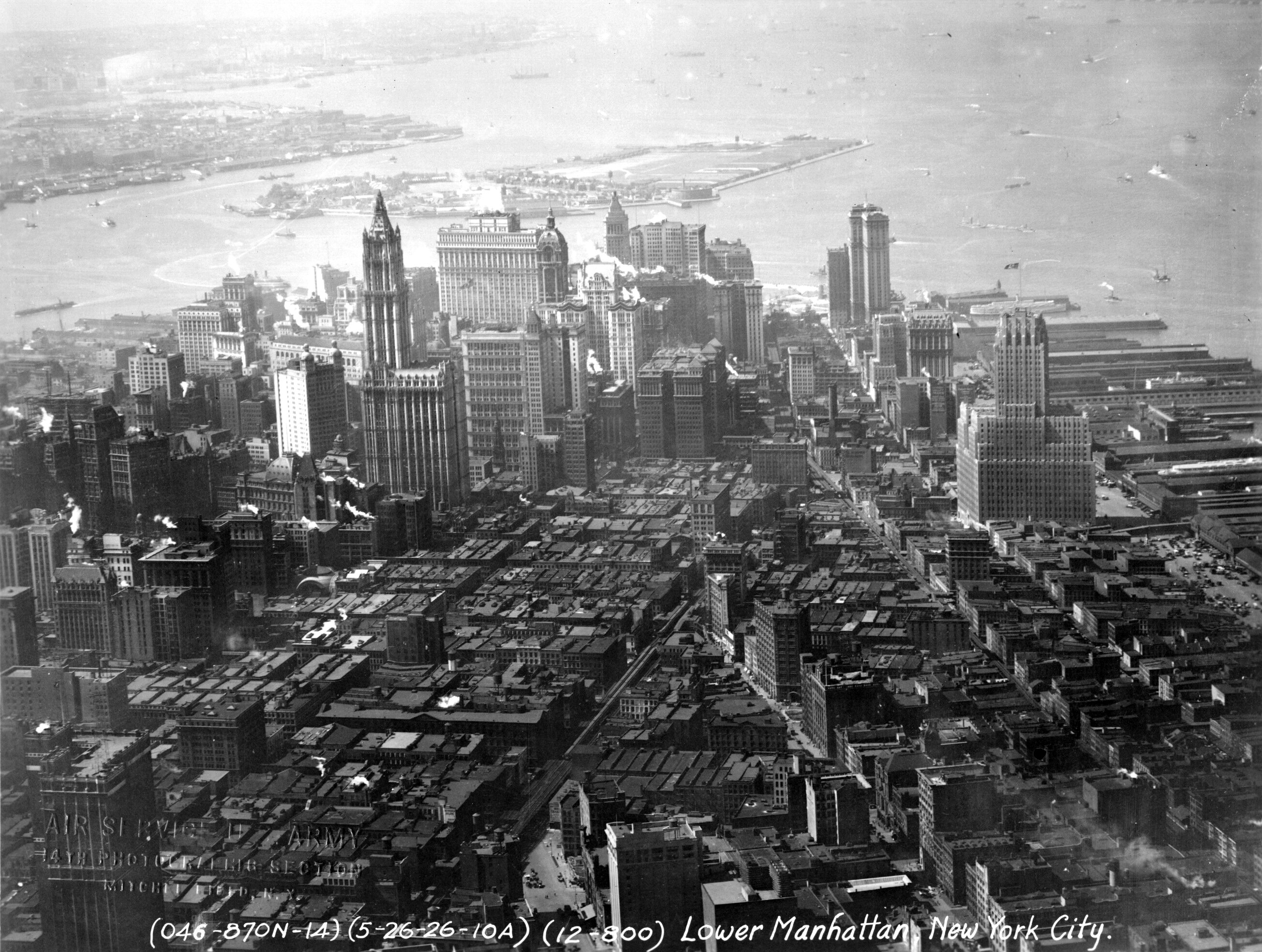 What other potential landmarks appear in this trailer?

2 replies on “A Bit Of Magic in Old New York”

It’s too bad the movie will be a travesty to the portrayal of New York City history. In the 1920s, New York featured a population that was 40% foreign born. Immigrants from all over the world, magical or otherwise, collected in the cityâ€™s streets, including a large Jewish population. The Harlem Renaissance was in full swing, and African American intellectuals and artists of all varieties were gaining prominence, while transplants from China, Greece, Italy, and just about everywhere else came to the Big Apple. Historically, this is the multi-cultural backdrop you should see in Fantastic Beasts and Where to Find Them, except, you know, with wizards. The entire main cast is scrubbed of any ethnicity included within the novel. Usually what they get wrong about New York are locations and distance accuracy, this however extracts the soul of the city. It ain’t New Yawk with us! http://www.themarysue.com/fantastic-beasts-diversity/

The sisters, the main female characters in the movie, are Jewish.