Come out and join us for two events that we are co-hosting this December in association with two terrific New York institutions.

TRIVIA NIGHT WITH THE BOWERY BOYS
TENEMENT MUSEUM — DECEMBER 14, 2016
“Hosts of the popular podcastÂ The Bowery Boys: New York City History, Greg Young and Tom Meyers, test your wits with a night of trivia. Admission is $10, and comes with two drink coupons. Teams of no more than six and no smaller than four will compete over five rounds of trivia. If you donâ€™t come with a team, weâ€™ll be happy to add you to one. Doors and the bar open at 6 p.m.Â If you havenâ€™t arrived by 6:30 p.m. to claim your spot, the Tenement Museum reserves the right to re-sell your ticket to those waiting in a stand-by line.Â Prizes will be awarded to the first, second, and third place teams. The Bowery Boysâ€™ book,Â The Bowery Boys: Adventures in Old New York: An Unconventional Exploration of Manhattan’s Historic Neighborhoods, Secret Spots and Colorful CharactersÂ will be for sale with a 15% discount. If you have any questions, contact Laura Lee atÂ llee@tenement.orgÂ or (646) 518-3032.

400 YEARS OF HISTORY, LIVE FROM NEW YORK!
WITH THE BOWERY BOYS AND THE MUSEUM OF THE CITY OF NEW YORK
THE GREENE SPACE — DECEMBER 15, 2016

“How do you make history accessible, relevant, and excitingÂ for overstimulated New Yorkers today?

Though they employ veryÂ different media, one aural, the other visual,Â The Bowery BoysÂ and theÂ Museum of the City of New YorkÂ share the common goal ofÂ investigatingÂ the city’sÂ richÂ past and making it relevant to today’s audiences. How do you work with older forms of mediaÂ â€”Â a 1923 building, a physicalÂ exhibition mounted on four walls, or a radio podcast â€”Â to render and interpretÂ key moments of history in digestible and interesting bursts? InÂ ourÂ hyper-connectedÂ world of instant and ever-present communication,Â how do you stoke people’sÂ interestÂ in digging into the city’sÂ past?

BUY YOUR TICKETS HERE
Top photo: Photographer Samuel H. Gottscho takes this image of the skyline on December 15, 1931, from River House. “View looking south over the Manhattan skyline, from the East. The Chrysler and Empire State Buildings are visible in the right background. The East River, various piers, and smokestacks are on the left.”
Courtesy Museum of the City of New York 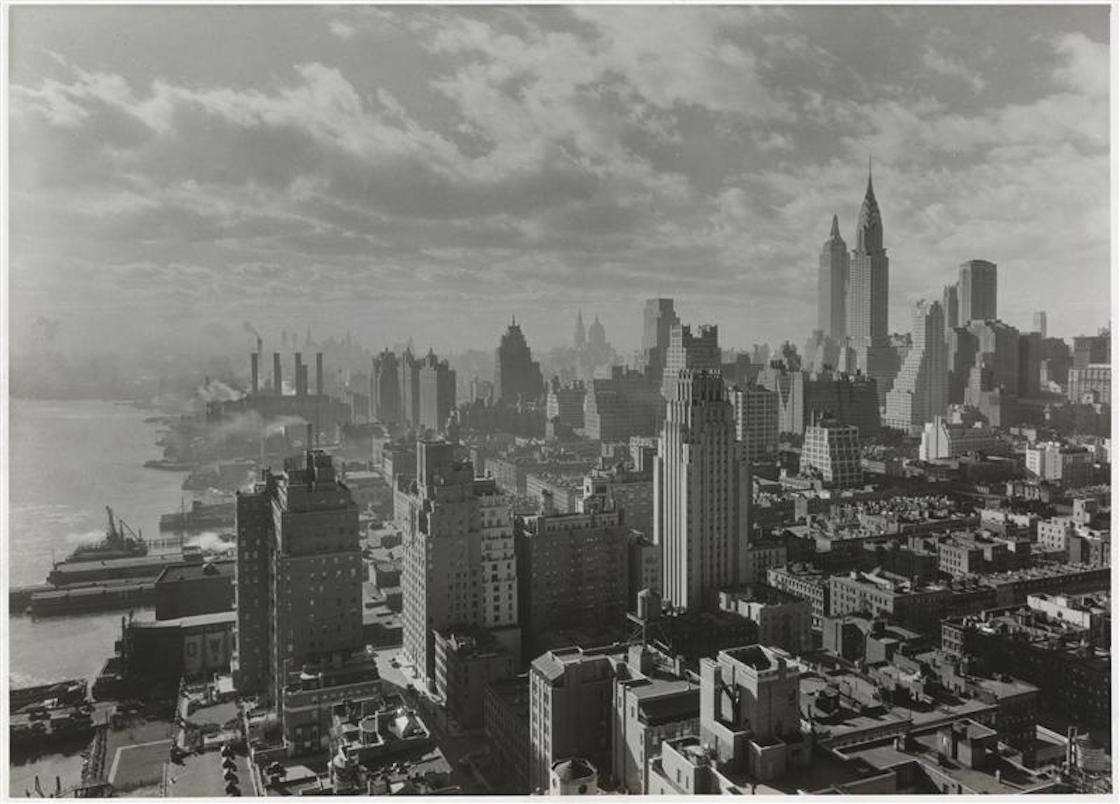