HISTORY BEHIND THE SCENE What’s the real story behind that historical scene from your favorite TV show or feature film? A semi-regular feature on the Bowery Boys blog, I’ll be reviving this series as we follow along with TNT’s limited series The Alienist. Look for other articles here about other historically themed television shows (Mad Men, The Knick, The Deuce, Boardwalk Empire and Copper). And follow alongÂ with the Bowery Boys on Twitter at @boweryboys for more historical context of your favorite shows.Â

This week’s episode of The Alienist featured a debauched venue for same-sex male pleasures that would have scandalized Gilded Age New York, a rowdy dance hall with cross-dressing entertainers and a vast labyrinth of rooms for intimate paid encounters.

But did such places really exist in the mid 1890s? More than you might expect, actually. Let us introduce to one of the most infamous.

Gay and lesbian life in 19th century America meant reading between the lines, latching on to known code words to locate a community buried deep under the mainstream. But you may not have had to look very far in the early 1890s to locate one of New Yorkâ€™s most notorious and flamboyant barsÂ The Slide (at 157 Bleecker Street). 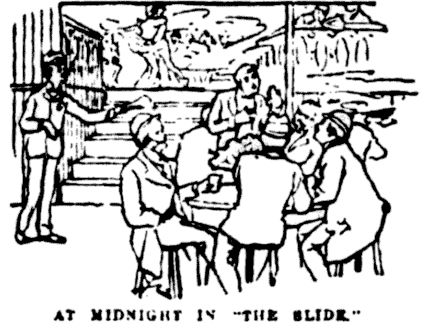 We know of its existence primarily due to the pearl-clutching reaction of moral-minded New Yorkers. While you canâ€™t trust police blotters and morality crusaders to give an accurate depiction of what The Slide was truly like, an attempt to peel back the hyperbole provides a sight that would rival the bawdiest gay bars of today’s Hellâ€™s Kitchen.

The Slide was a basement dive, packed every night with men who fancied â€œmale degeneratesâ€ and the occasional female looking for something outrageous. Music, drinking and laughter prevailed until the early morning; female prostitutes mingled with the boys to create what must have been a dizzying stew of genders, the air filled with cheap booze, wild sex (â€œorgies beyond descriptionâ€) and tunes banged out on an old piano. 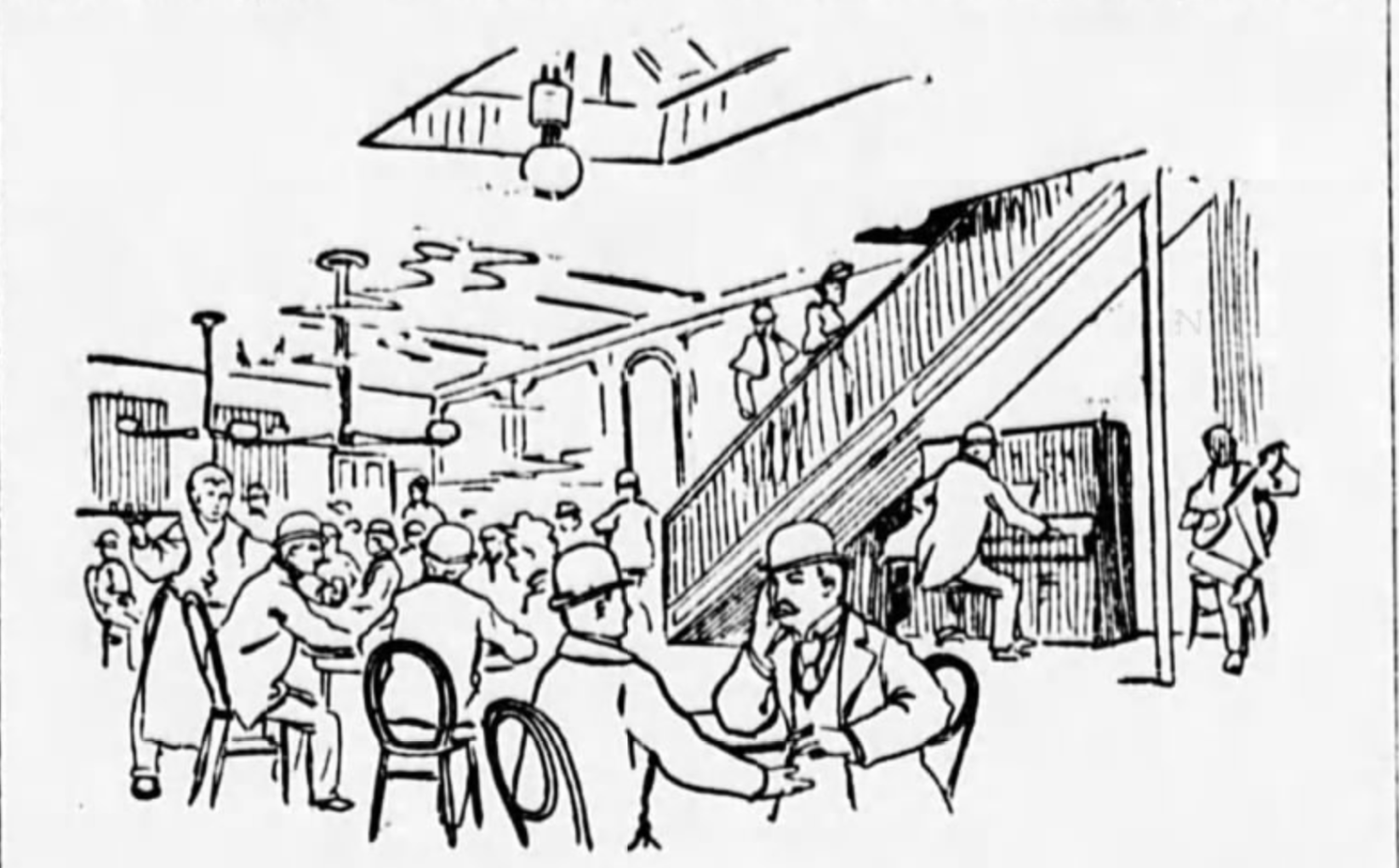 Newspapers described it as a â€œfairy resort.â€ Men openly wore drag to the delight of patrons, of which there were many, according to one scandalized report, â€œone to three hundred people, most of whom are males, but are unworthy the name of men.â€ Rouged and powdered waiters â€œsang filthy dittiesâ€ into all hours of the morning. The Slideâ€™s most notable patrons went by such names as Princess Toto, Madam Fisher, Maggie Vickers, Phoebe Pinafore and Queen of the Slide.

The urges displayed at The Slide were, according to reports, â€œinhuman and unnatural.â€ The New York Evening World, owned by Joseph Pulitzer, was perhaps the most horrified, suggesting that â€œLondon, Paris or Berlin, with all their iniquity, have nothing to parallel this sink of vice and depravity.â€ A bar today might be honored to be strapped with such description!

Here’s the complete quote in all its scandalized glory: 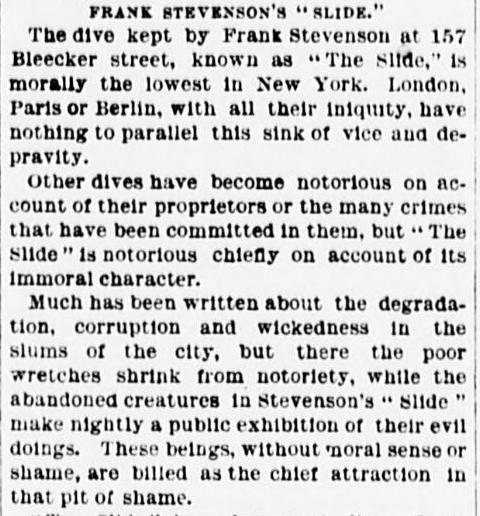 Such abandon could not be allowed to exist for very long. Pulitzerâ€™s paper went on a vendetta against The Slide and other Bleecker Street dives, and soon it was permanently shuttered.

But you couldnâ€™t simply extinguish a scene as lively as that of The Slide. On those days the city managed to close the Slide, its crowd simply moved to a dive called the Excise Exchange (336 Bowery), a place â€œfrequented by the same painted, abandoned men and women, the surroundings are the same and the conversation quite as low and vulgar.â€ [New York Evening World, Jan 7, 1892] 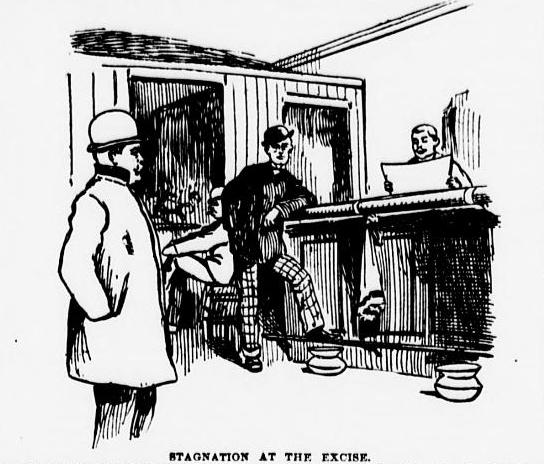 The New York World celebrated the bar’s closure with a front page article and illustration. 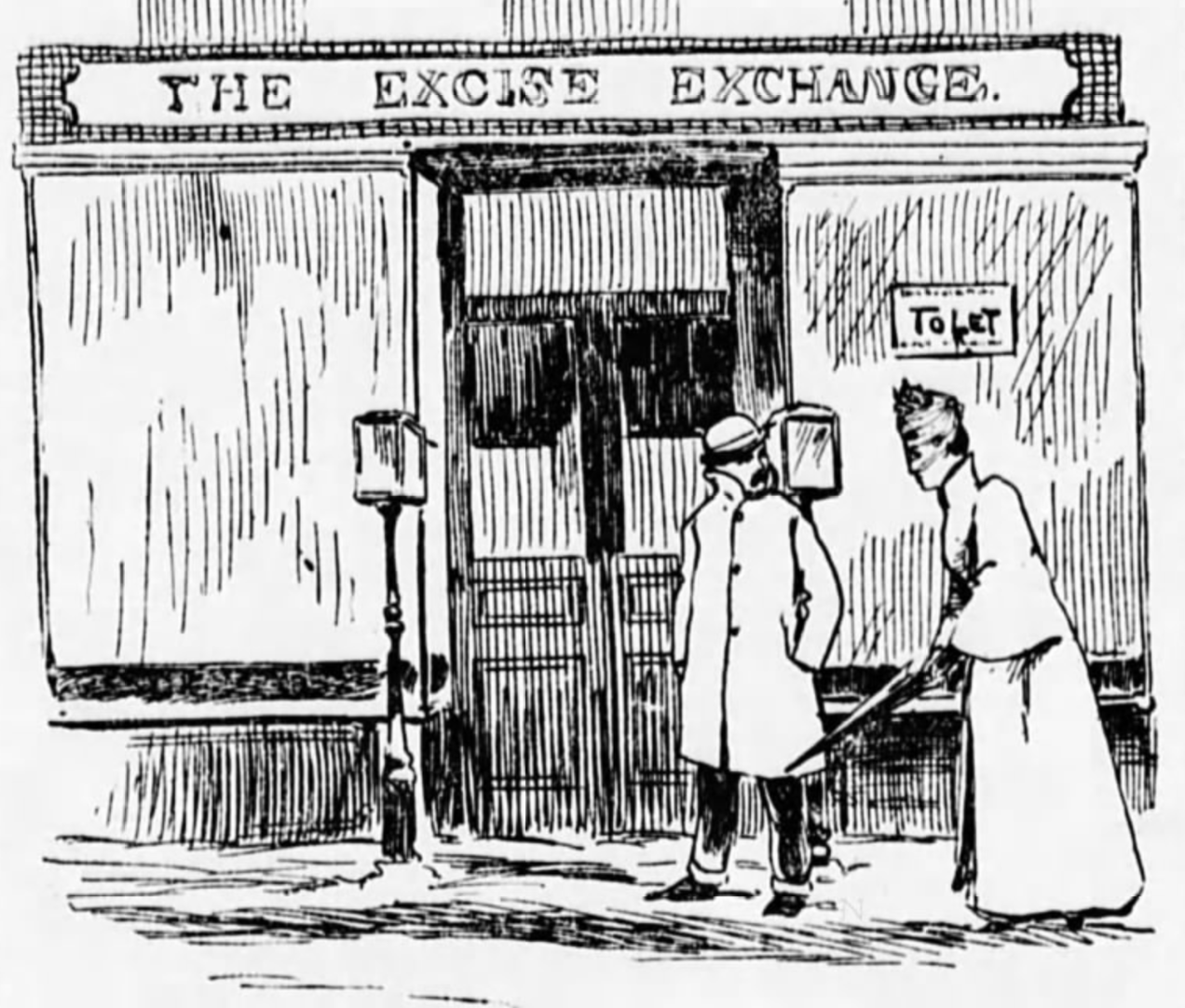 The building which housed The Slide still stands today at 157 Bleecker, now home to a far more respectable establishment. Â (The bathrooms are in the basement is you want to stand in the place of the old ‘degenerate’ bar.)Â The Bowery Hotel sits directly across the street fromÂ the location of the old Excise Exchange. But theÂ spirit of these two bars live on, down the Bowery, down Bleecker, through the Village and all around late-night New York.

Illustrations on this page are directlyÂ from contemporary reports in the New York Evening World.

1 reply on “The Slide, New York’s Most Notorious ‘Fairy Resort’: History Behind The Scene (The Alienist)”

Caleb Carr is close to being a genius. Thanks for the print clip. Also, gratis for your great blog site.