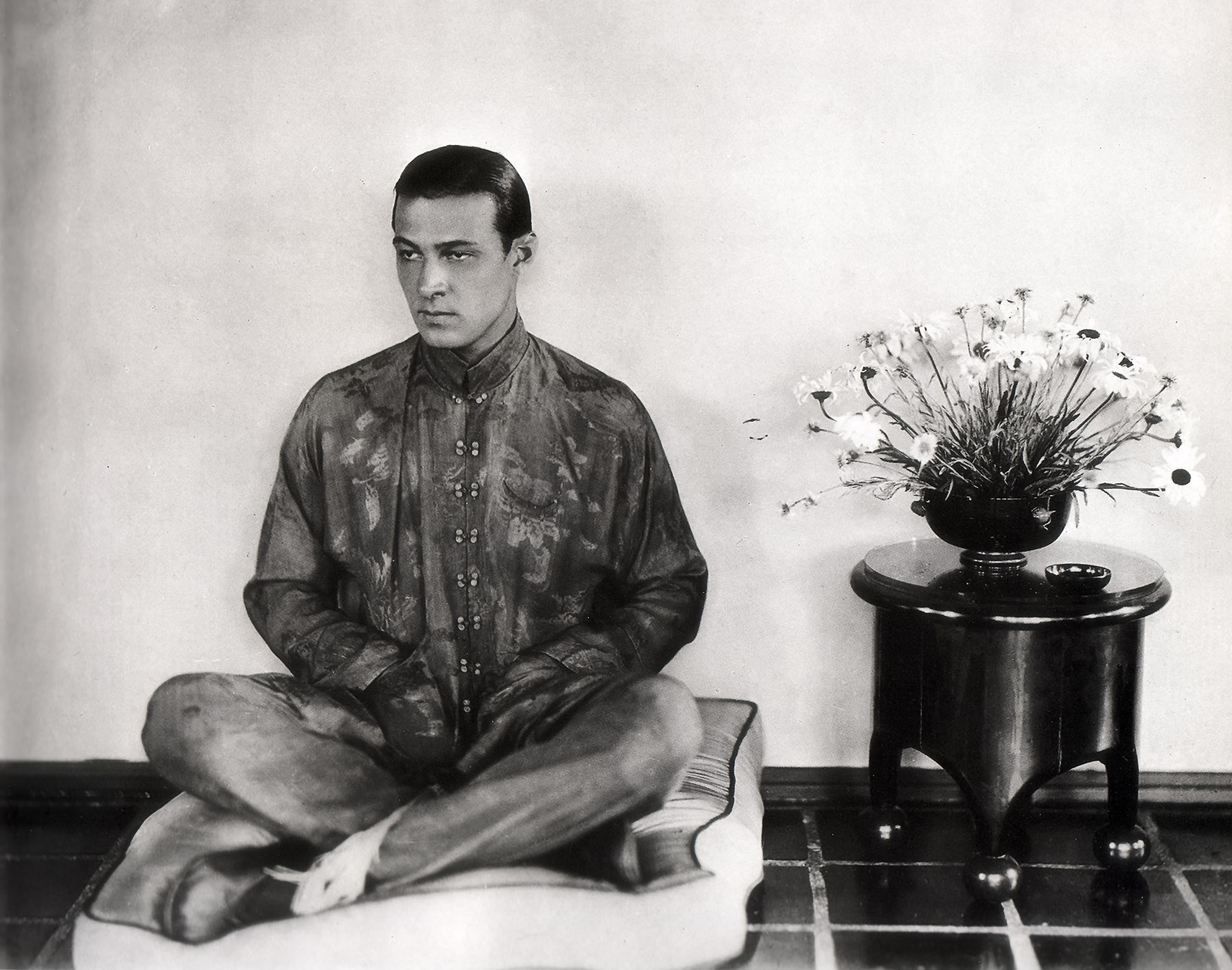 PODCAST  Rudolph Valentino was an star from the early years of Hollywood, but his elegant, randy years in New York City should not be forgotten.  They helped make him a premier dancer and a glamorous actor. And on August 23, 1926, this is where the silent film icon died.

Valentino arrived in Ellis Island in 1913, one of millions of Italians heading to America to begin a new life.  In his case, he was escaping a restless life in Italy and a set of mounting debts! But he quickly distinguished himself in New York thanks to his job as a taxi dancer at the glamorous club Maxim’s, where he mingled with one particular Chilean femme fatale.

He headed to Hollywood and became a huge film star in 1921, thanks to the film The Sheik, which set his reputation as the consummate Latin Lover.  Throughout his career, he returned to New York to make features (in particular, those as his Astoria movie studio), and he once even judged a very curious beauty pageant at Madison Square Garden.

In 1926, he headed here not only to promote his sequel Son Of The Sheik, but to display his masculinity after a scathing article blamed him for the effeminacy of the American male!
Sadly, however, he tragically and suddenly (and, some would say, mysteriously) died at a Midtown hospital.  People were so shocked by his demise that the funeral chapel (in the area of today’s Lincoln Center) was mobbed for almost a week, its windows smashed and the streets paralyzed by mourners — or where those people paid by the film studio?Here are the details of the tragedy that many consider one of the most important cultural events of the 1920s.
ALSO: We are proud to introduce to you — POLA!

The young dancer was employed at Maxims on 110 West 38th Street.  From a 1916 guidebook: “A famous ‘smart’ restaurant. A la carte. Music, dancing, cabaret, from 6:30 to close. High prices. Special ladies luncheon at noon.”  Valentino would use his skills as a struggling actor in Los Angeles and incorporate it into his film work.  Below: Valentino with Alice Terry

Valentino’s breakthrough film — The Four Horsemen of the Apocalypse.  “He paints the town red!” “Each kiss flamed with danger!”  Like many of his movies, the plot seems taken from his life.  Valentino spent some time as a youth in Paris, dancing and dining his way through the city (and into debt). (NYPL)

The Sheik, the film that made his reputation:

From Blood and Sand (1922) — In this one, the Italian Valentino plays a Spanish toreador. (NYPL)

The Hotel Ambassador at Park Avenue and 51 Street.  This is where Valentino boxed the reporter (on the rooftop) to defend his masculinity and where he was staying on August 15, 1926, when he collapsed.

Most people are familiar with the Ambassador due to another iconic film star and her memorable photo shoot (by Ed Feingersh) on the rooftop:

Downstairs, in the studio commissary, with Valentino (at left) and the cast of the film.  Today this room is a restaurant named The Astor Room, which features cocktails named for silent film stars. There’s even a Valentino-themed cocktail called Blood and Sand!

Polyclinic Hospital at 345 West 50th Street, where Valentino died on August 23, 1926.  The building still exists today as an apartment complex. (Picture courtesy Museum of the City of New York)

Pictures of the mad, chaotic crowds outside Frank Campbell’s Funeral Church during the week of August 23-30, 1926:

Pola Negri, who made quite a scene at the funeral of Valentino (NYPL):

Newsreel footage of his funeral in Midtown Manhattan — from Frank Campbell’s (in today’s Lincoln Center area) to St Malachy’s on West 49th Street:

SOURCES AND SUGGESTED READING:
Note: Don’t say we didn’t warn you! There’s a lot of material that seems to be based on speculation.  Thoughts of possible sexual adventures have sent many authors into wild fits of imagination. (  Enter the back catalog of Valentino at your own risk:

Almost his entire film catalog is available to watch for free on YouTube.  These include The Sheik, Blood And Sand, The Four Horsemen of the Apocalypse, Son of the Sheik and his Astoria-made film Monsieur Beaucaire.  Another film he made in Astoria — A Sainted Devil — has been lost with no extant copies available.