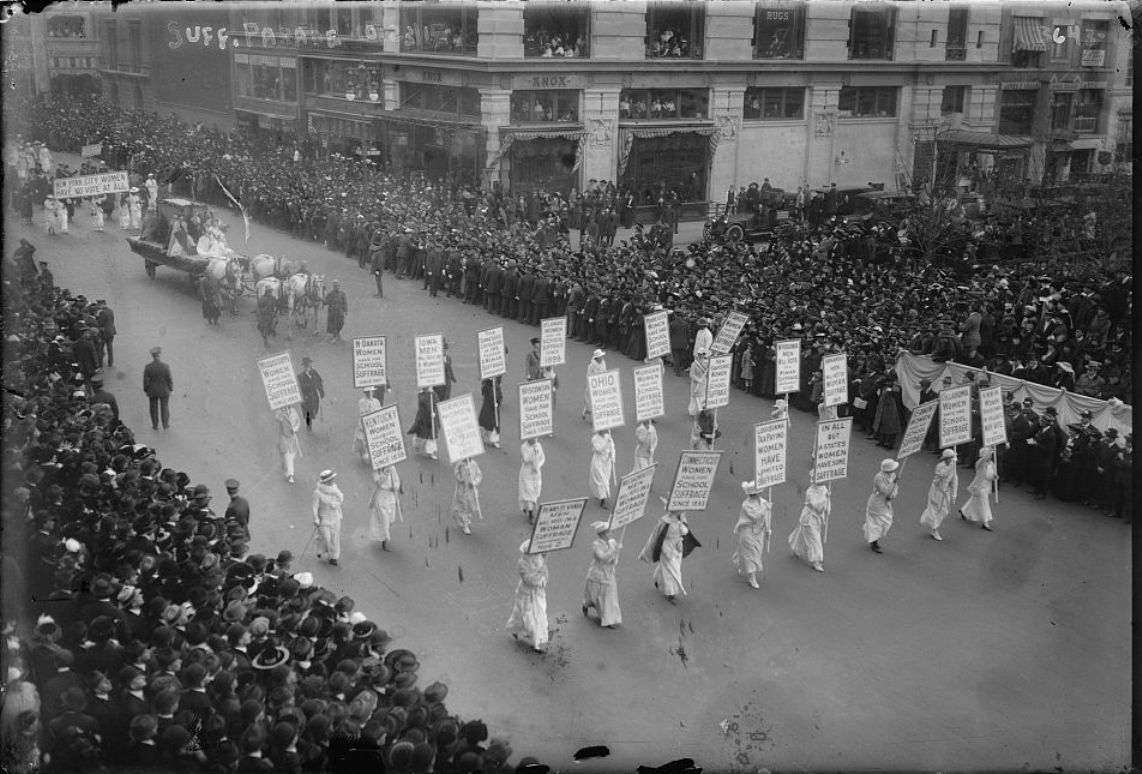 For once, the biggest news story in America one hundred years ago today was not about the war waging in Europe.

On October 23, 1915, the forces of the women’s suffrage movement mobilized to create the most ambitious gathering to date, a parade of thousands to force the issue into the consciousness of New Yorkers and American at large. 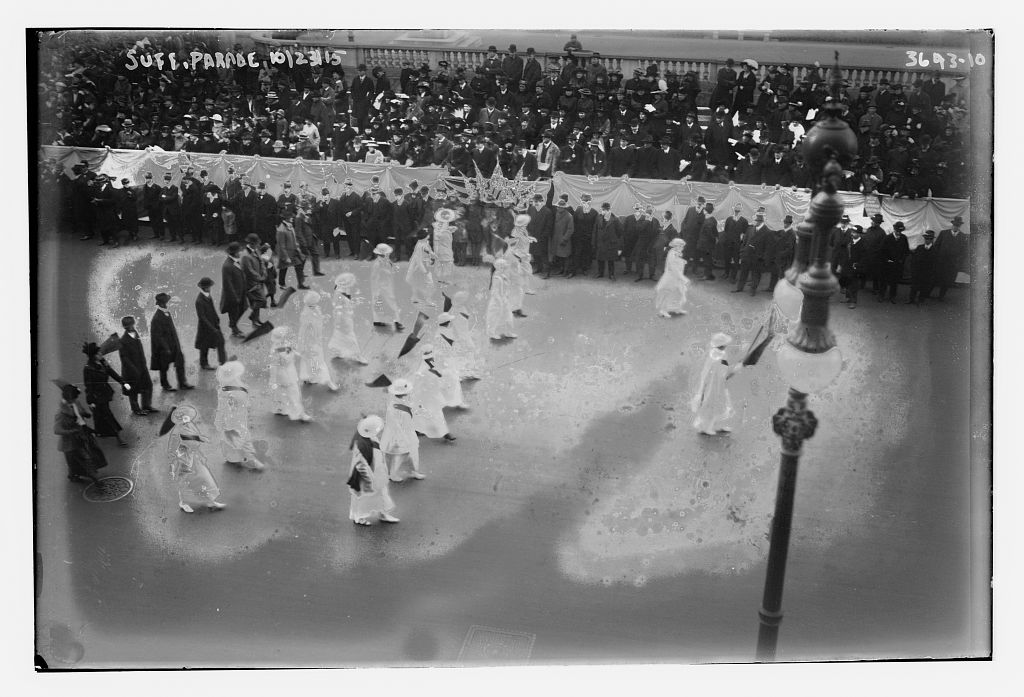 “It was a three mile argument for equal rights — a dignified, splendid argument — and every vantage point along the gay colored way was covered with men and women who saw its force.  Through the chill of a windy afternoon, though the sun shone on the mighty host, the great army of women passed, the white costumes of many glittering in the sunlight, defying the cold wind that the onlookers felt to their spines as they stood to see it all.”
— New York  Sun, October 24, 1915 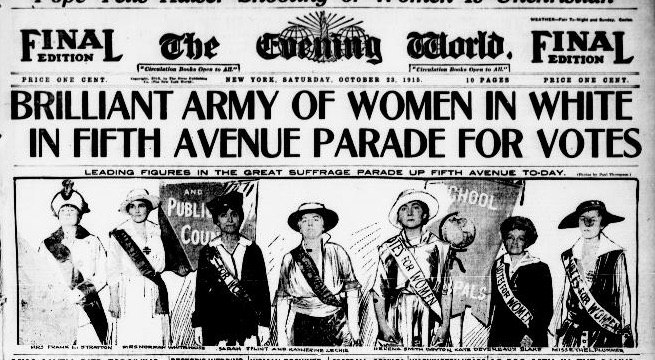 “Some whose names are to be found all through the Social Register marched side by side with working mothers with babies in their arms.  A large proportion of the marchers were young girls who would not be old enough to vote were they enfranchised.  They made up in beauty what they lacked in years and were cheered all along the crowded Fifth Avenue sidewalks.”
— New York Evening World, Late Edition, October 23

There was little applause all along the route for the women marchers.  But this was not strange, for it could be seen that the spirit of the parade had made itself felt on the sidewalks. It was no laughing matter, this parade.  The women in it did not smile or giggle.  They were serious and determined. And this mental characteristic was contagious.”
— New York Tribune, October 24 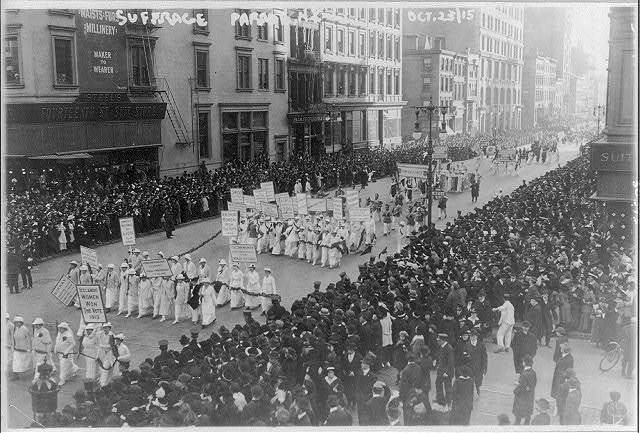 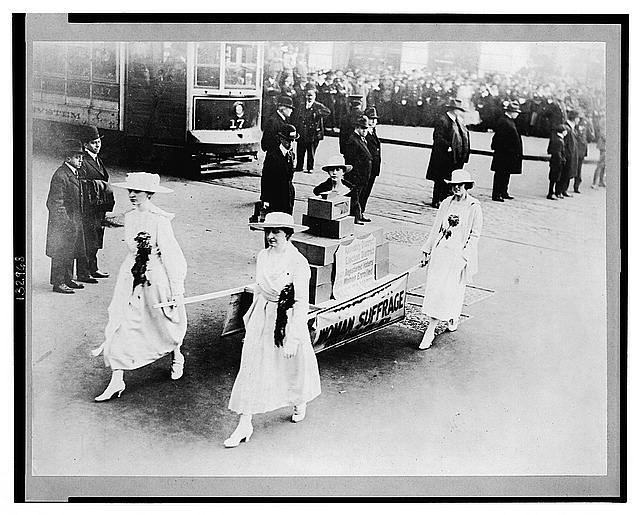 Above: Four women carrying ballot boxes on a stretcher

“The spectators laughed in good natured sympathy with the struggles which the wind caused the marchers.  Unruly skirts demanded attention from those who bore the militantly inscribed banners.  Nearly all the flag carriers had to call for help upon heir companions and sometimes four or five women struggled with brave laughter with a single standard to keep it from being swept to the street.”  — NY Evening World 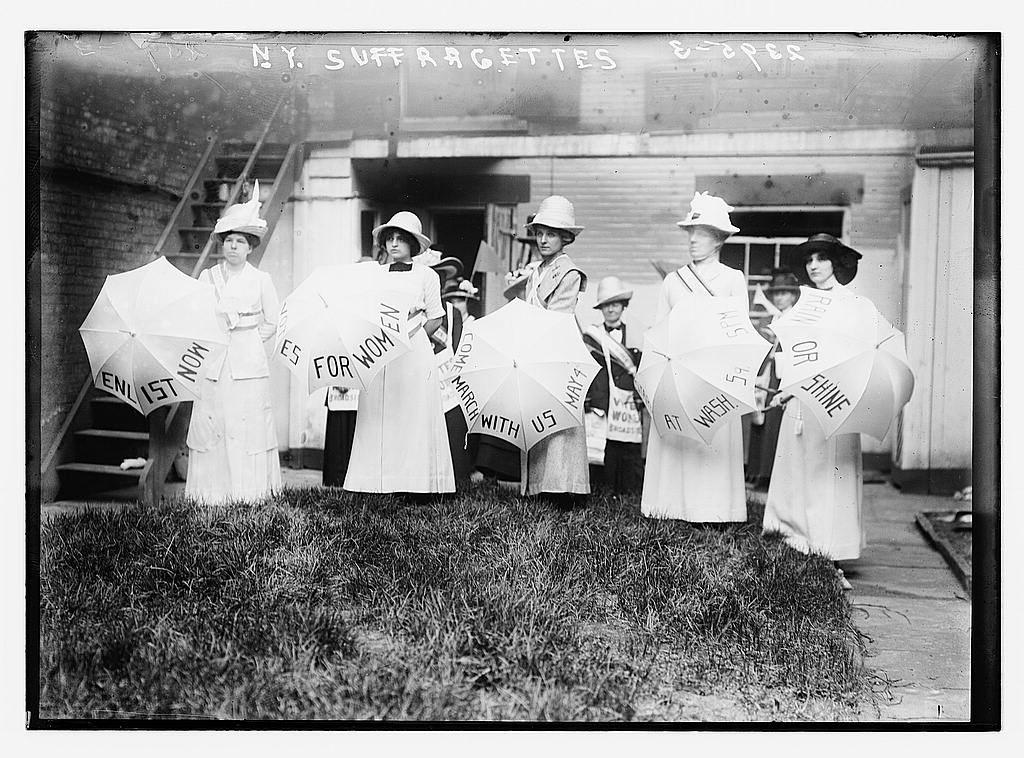 “The parade ended with a concert of thirty bands and a giant chorus singing patriotic songs at the Central Park Plaza.  There were several battalions of men in sympathy with the cause which were noisily greeted by the people along the curb.” — Evening World 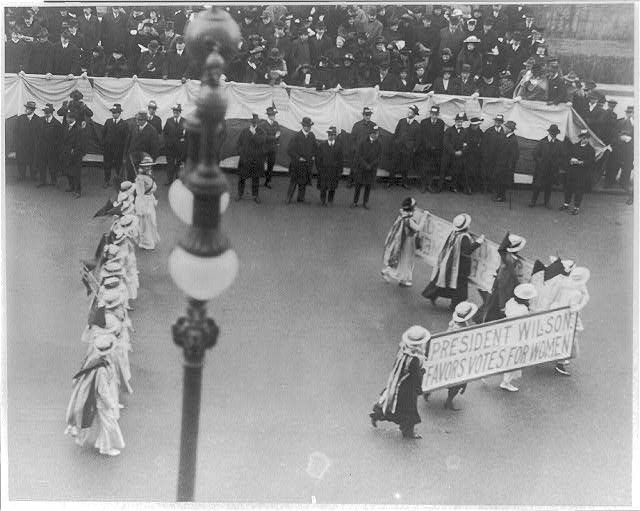 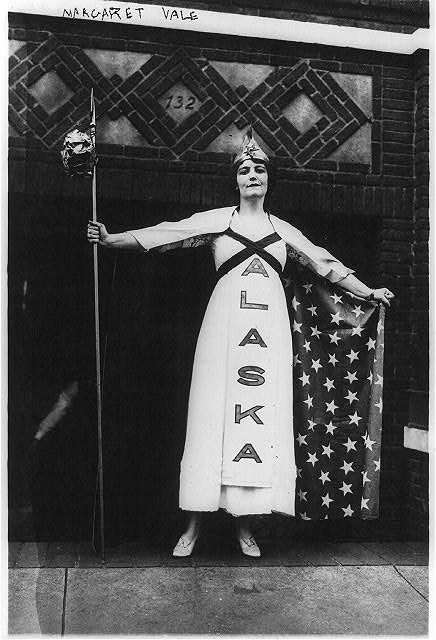 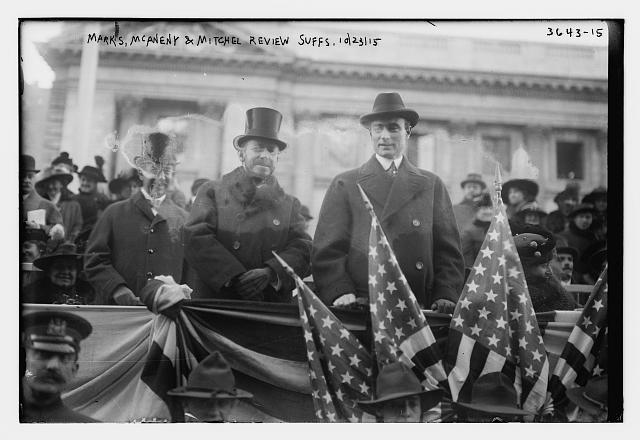 Absent from all of the news coverage (at least the articles I reviewed) was the participation of African-American suffrage advocates.  They played an active role in the movement but were most likely absent from the parade.

Despite this grand parade, New Yorkers defeated a referendum on suffrage the following month.  A little over two years later — on November 6, 1917 — the women of New York state would win the right to vote.   The Nineteenth Amendment, ensuring the vote for all American women, was ratified on August 18, 1920.