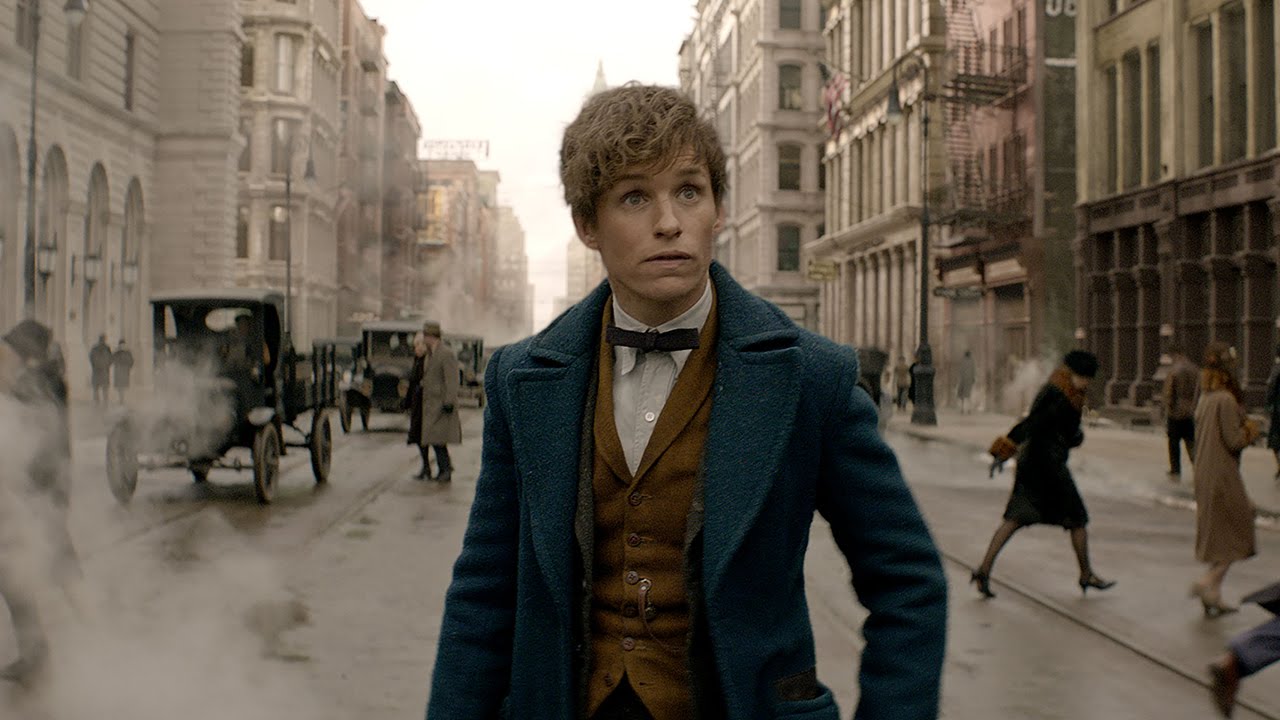 The article below contains spoilers involving locations used in the movie, but no specific plot spoilers that aren’t already revealed in the trailer.

Fantastic Beasts and Where To Find Them, strictly a fantasy film of course, from the vivid mind of J.K. Rowling, is nonetheless the year’s best historical depiction of New York City.  This indulgence of the imagination is even more successful as a celebration of the past.

Sure, its presentation of 1920s New York is filled with physical impossibilities. Its Times Square blazes with the electric insignias of fake Broadway revues and advertisements. Its rows of townhouses are a wee bit too perfect and uniform.

But this story of an English wizard and his mischievous bag of creatures gets the magic of Old New York exactly right. Its a brilliant consideration of the imagined city — shining towers and beautiful architecture, speakeasies and cobblestone streets. The film lovingly unfurls the beauty of steel-beam architecture and old Beaux-Arts mansard roofs with as much loving care as the whimsical beasts of the title.

In a rather unprecedented and creative move, the City of New York has gotten into the movie tie-in game, presenting a fun page of historical photographs with a slider to compare old sites used in the film with today. There’s also an interactive map showing the streets of New York as presented in the film.

No really. It’s pretty darn spectacular. [Try it out here.]

And On Location Tours is providing tours crossing many of the main sites of the film.

Even if you’re not a fantasy film buff, I think you’ll be captivated by the art direction and design of this film. Here are a few of my favorite details:

Singer Building — The main character Newt Scamander arrives in New York Harbor and disembarks at Chelsea Piers. The camera pans over a breathtaking shot of downtown New York, its skyline as it would have looked in 1926. Most prominent among its many skyscrapers is the Singer Building.

From our book Adventures In Old New York:

“For a few short months from 1908 to 1909, the building that stood at 165 Broadway was the tallest in the world: the forty-seven-story Singer Building, the skyscraper trophy built by the head of the Singer Sewing Machine Company. Its unusual appearance—a narrow red tower shooting up from a chunky base—was among the most glorious on the young New York skyline. Its interior was festooned with bronze medallions engraved with the images of needle, thread, and bobbin. Because we can’t have nice things, they ripped it apart at the seams and tore it down in 1967. Prior to 2001, it remained the tallest building in the world ever demolished.” 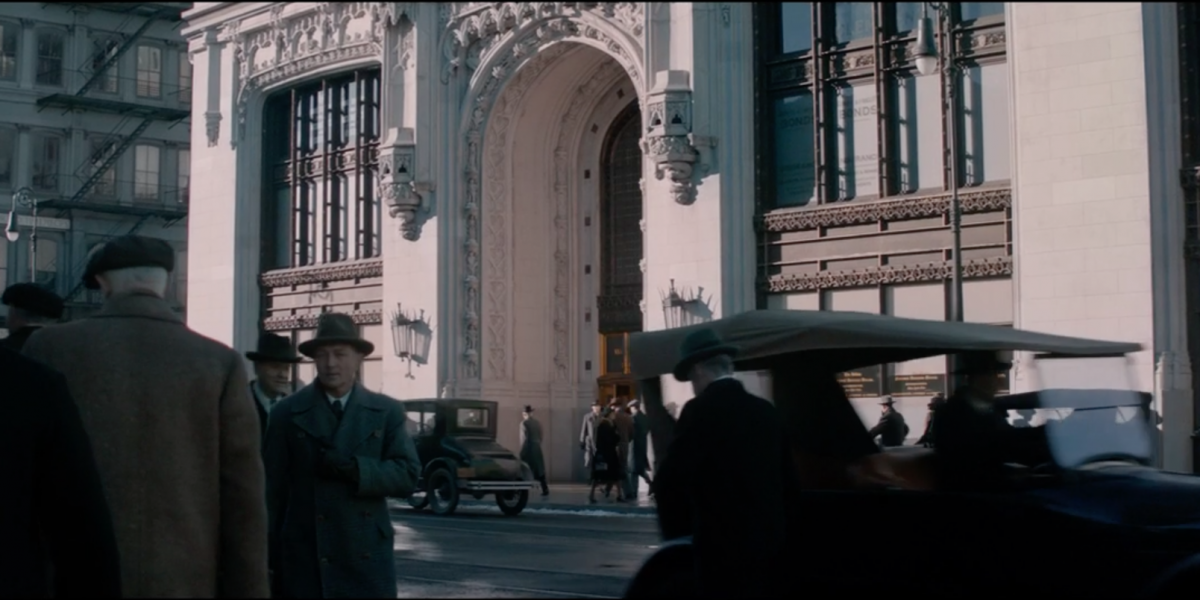 Woolworth Building — The world’s tallest building in 1926 is pivotal to the plot of Fantastic Beasts, the extra-dimensional headquarters for New York’s magicians. By 1926, it would have felt truly magical — if a bit old fashioned.  The sudden rise of Art Deco architecture and the installation of zoning laws in New York would have made the Woolworth feel like a unusual treasure of the skyline.

From our book:  “Designed by Cass Gilbert for the “five-and-dime” retail king Frank Woolworth, the Woolworth Building was a glowing candle of a skyscraper next to dainty little City Hall. The Woolworth’s intricate facade was adorned with many of the “international races” echoed down at Gilbert’s other big Manhattan building, the U.S. Custom House (1 Bowling Green).

Built three years before the city enacted stricter zoning laws (which, among other things, forced the construction of setbacks that would result in tiered wedding cake–shaped structures), the Woolworth simply zooms straight up into the sky.

New York Subway Entrances — The unusual but elegant New York subway entrances are marvelously recreated here.  The spectacular design of the entrances is inspired by the subway in Budapest (yes, they had a subway before New York), using a kushk or summerhouse design often found in ancient Turkish structures.

Below: A similar entrance from 1940 in Union Square. Photographer Arnold Eagle, courtesy Museum of City of New York. 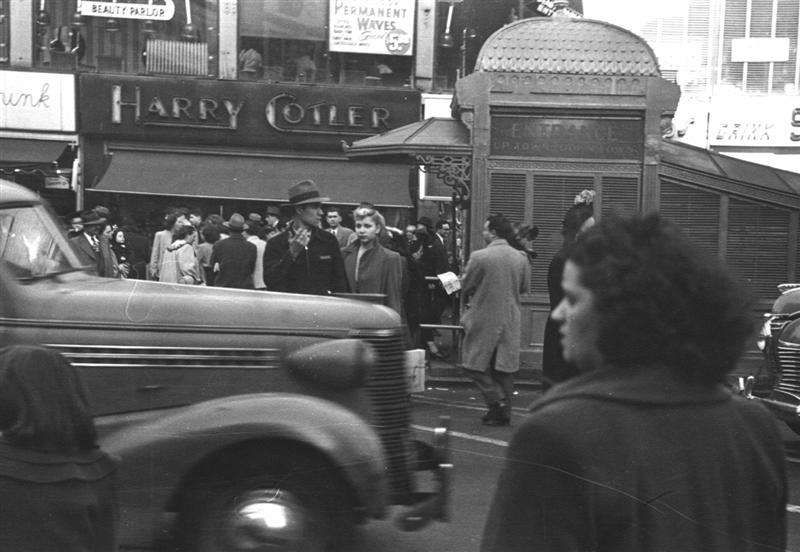 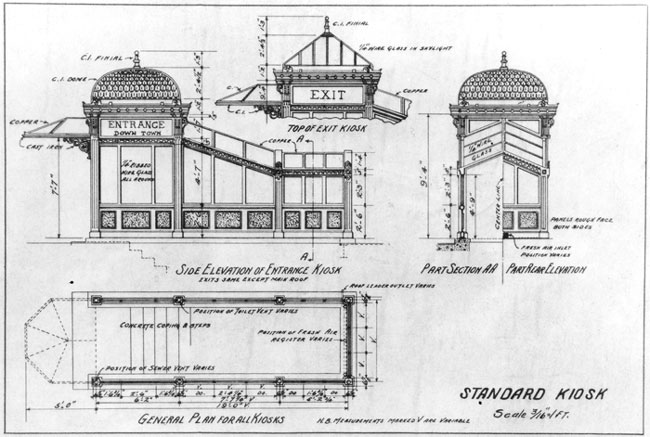 On November 9, 1874, the New York Herald ran a fictitious tale of animals escaping from the Central Park Zoo. “A SHOCKING SABBATH CARNIVAL OF DEATH” ran the headline:  “Another Sunday of horror has been added to those already memorable in our city annals. The sad and appalling catastrophe of yesterday is a further illustration of the unforeseen perils to which large communities are exposed.”

Harper’s Weekly recounts the hoax in a article from 1893 here. 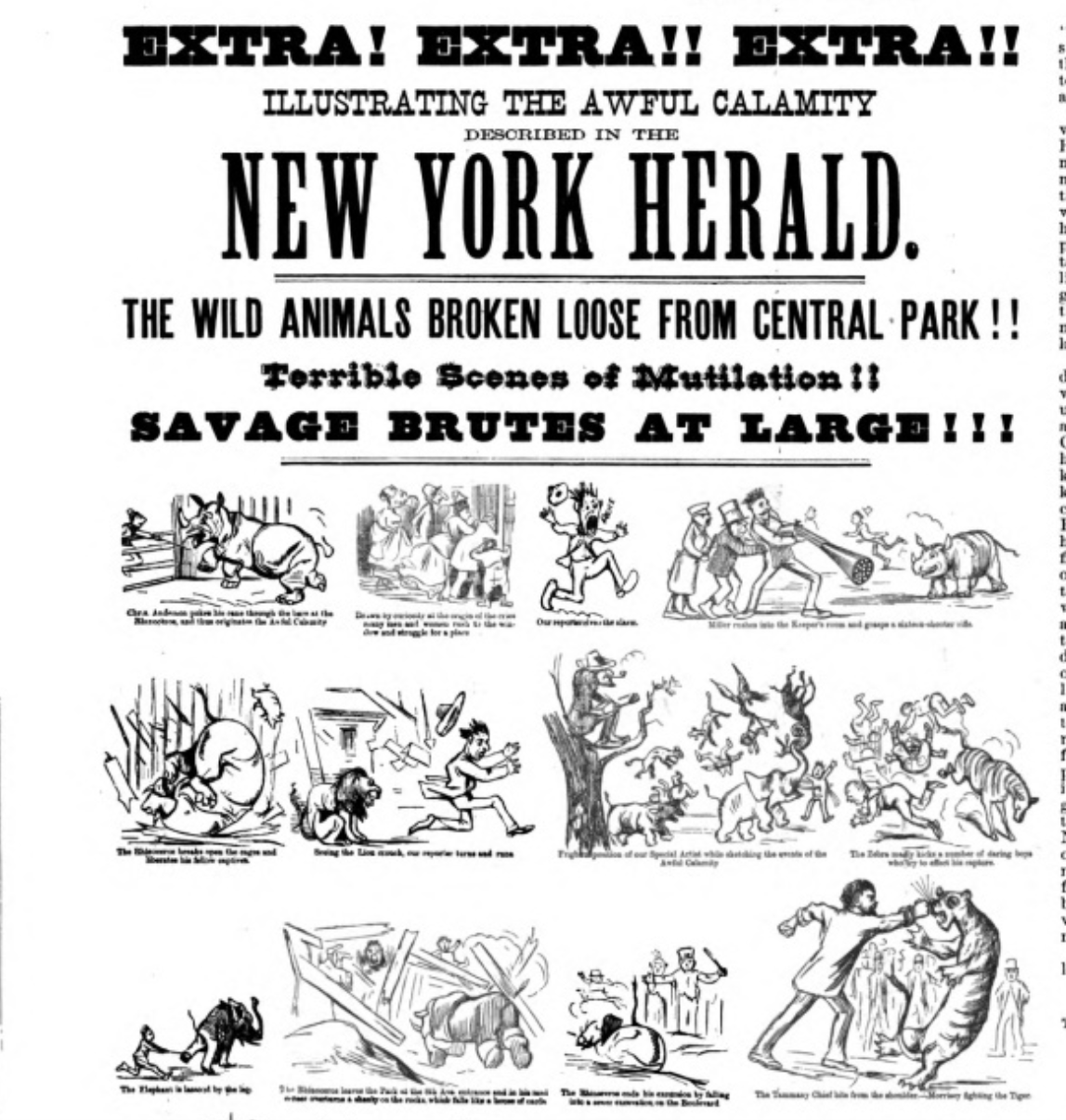 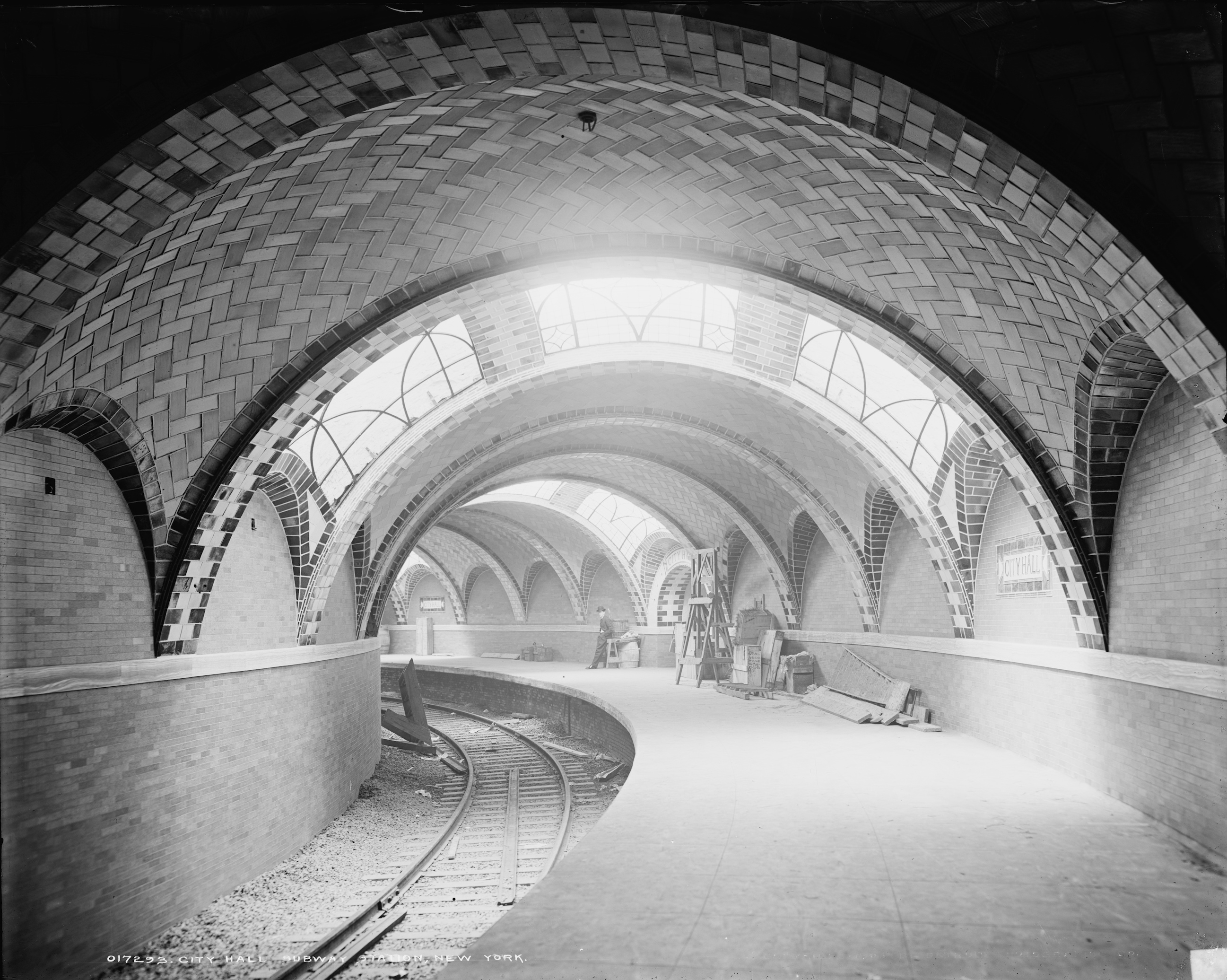 City  Hall Subway Station — One of the major action set pieces of the film takes place in a New York space that few are rarely allowed to go — the underground City Hall subway station.  Built in 1904 for the first subway, it was the most beautiful and the most elaborate, meant to assure the public of the subway’s comfort and safety. It was taken out of regular service in 1945 however it is occasionally reopened for tour groups.

We talk about this station in the first part of our history of the New York City subway: 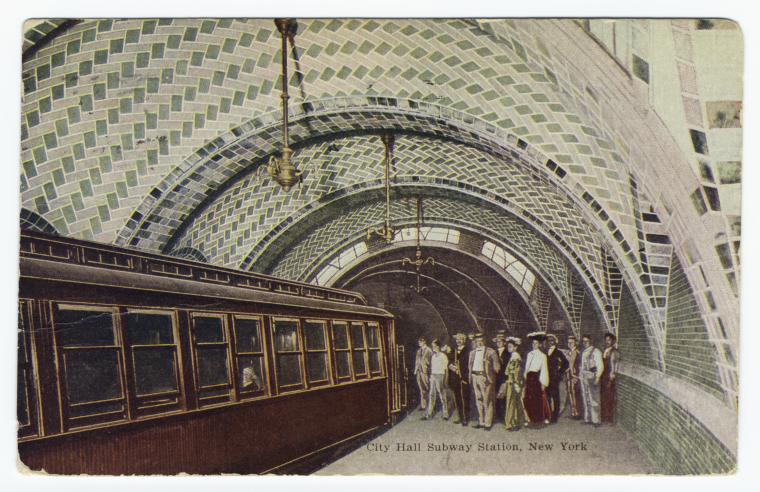 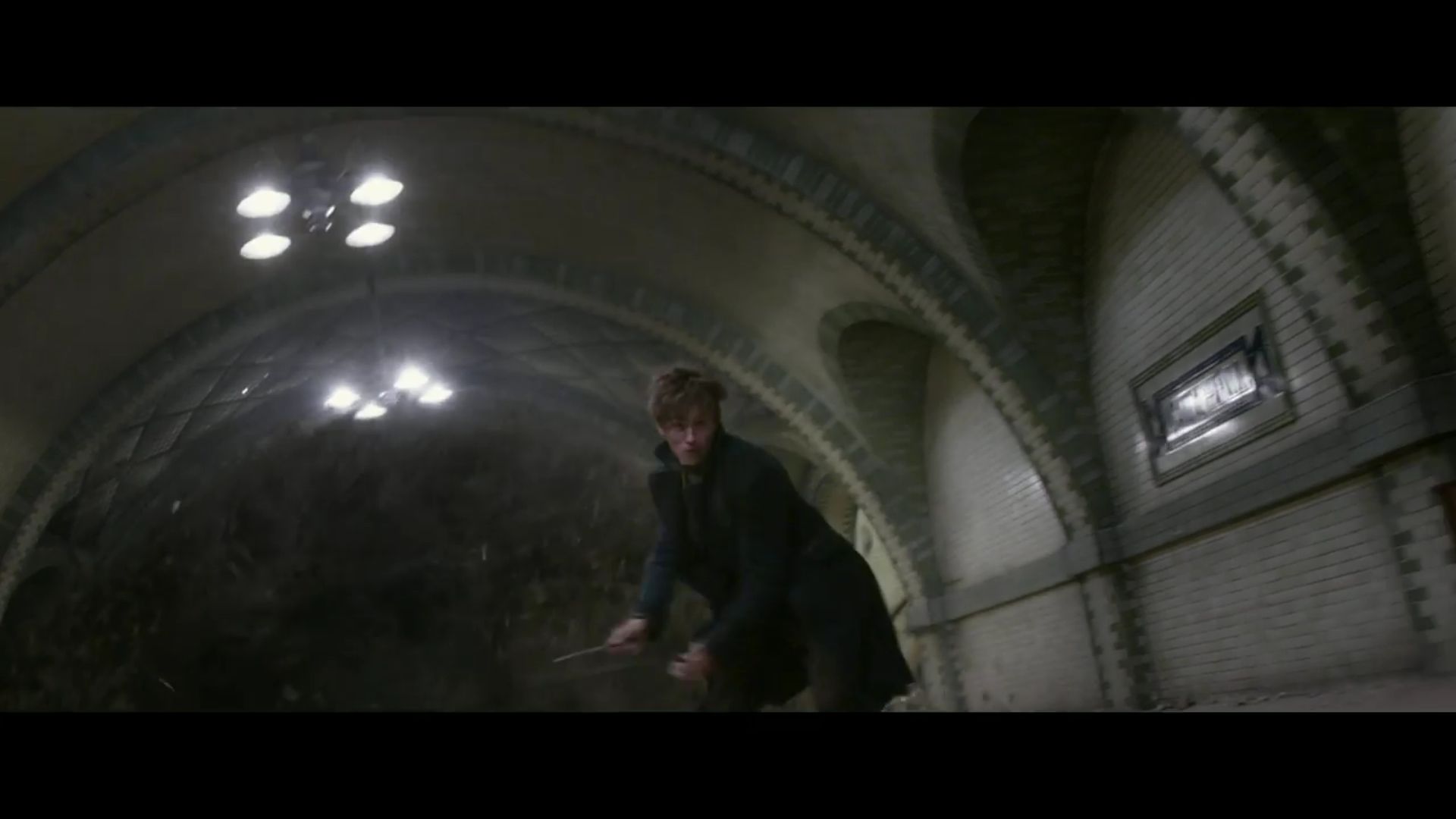 All images from Fantastic Beasts and Where To Find Them are courtesy Warner Bros. Pictures.