Here’s some pictures illustrating a few ideas from our podcast this week.

The lovely cluster of residences along Washington Square’s north side called ‘The Row’ (they always look better with snow on them): 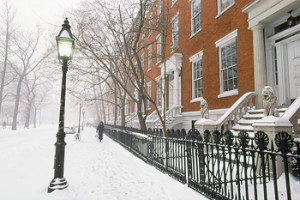 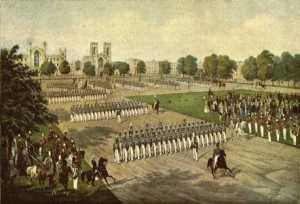 The unveiling of the Washington Arch in 1888 was so successful that a permanent version of the structure was constructed four years later. 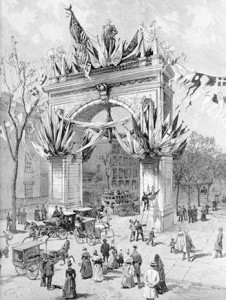 The park in the 30s, in its final days as a thoroughfare for traffic. By the late 50s, the park would be permanently cut off from all motorized vehicles. 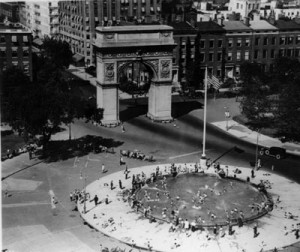 A popular spot of protests, especially in the 60s. 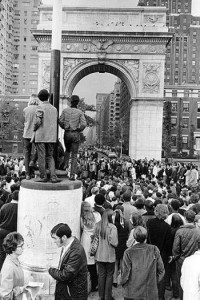 The park remains a festive place for folks to fly their freak flags: 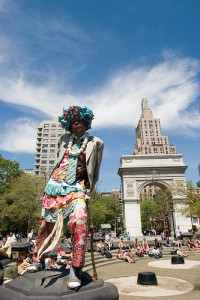 Here’s a look at the city’s revised plans for a more ‘symmetrical’ looking place. This plan has not yet been approved. 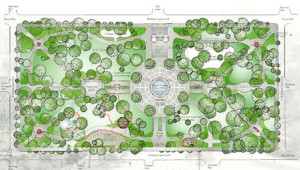 ‘Washington Square’ is one of James’ only novels set in New York, even though the Eurocentric novelist was born here in the city. (His short story output of New York tales was a bit more prolific.) For six months of his childhood, he actually lived right off the Square, on the northeast corner of Washington Place and Greene Street, now a building owned NYU. But according to the Sun, he lived the longest on 14th Street near another famous square — Union Square.

Despite ‘Washington Square’ being one of his better known works now, James himself grew to hate it and was one of his least favorite creations. We respectfully disagree with him. 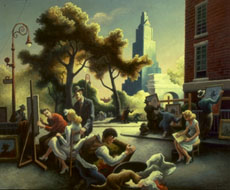 I just listened to your podcast accompanying your blog and just love how you weave together this rich, historical information. Your podcast (along with this site) should be mandatory listening for any New Yorker! Well done.

Washington Square is an amazing work. Only a genius could not care for his own genius creation. Indeed! Henry James’ house actually appears in the Woody Allen’s film Small Time Crooks, a New York-based classic of another era, behind Hugh Grant and Tracy Ullman and Woody.

I love the podcast. Great information and insight! Thanks