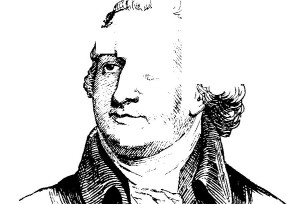 As a former mayor of New York City runs for the White House — and our current one clumsily flirts with the possibility — we think its time to familiarize ourselves with other men who’ve held the job, from the ultra-powerful to the political puppets, the most effective to the most useless.

Manhattan officially had 44 men prior to James Duane filling the seat of city mayor. So why do I consider Duane New York City’s official first mayor? Although America declared its independence from Britian in 1776, Britian did not declare its independence from New York City until 1783, when they were driven out at the end of the Revolutionary War. British appointed mayor David Matthews governed Manhattan throughout their entire seizure of the island until he and other Loyalists fled to Canada. (Yes, New York once had a mayor named Dave Matthews)

So I guess Duane is the first American New York mayor. However, it should be noted that he is not New York’s first elected mayor. And in fact, had Duane had his druthers, America might not have really enjoyed its newly won freedom in the ways that we do today.

Duane was very much a revolutionary in the traditional sense, and a proud New Yorker. Orphaned at a young age, young Duane became the charge of Robert Livingston, prominent lawyer in a socially important New York family. Duane married Robert’s daughter Maria and would grow up alongside Robert Jr., one of five who helped drafted the Declaration of Independence. No surprise through tenacity and de facto family influence he became New York state attorney general at age 34. 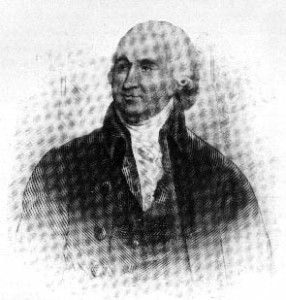 Duane was also part of New York’s delegation to the Congressional Congress in 1774, alongside John Jay and another Livingston, Philip, a signer of the Declaration. Phillip, by the way, was Robert Sr.’s cousin. And you thought the Astor family tree was convoluted; in fact, some Astors even trace their roots into the Livingston clan! (So do the Bush family and Eleanor Roosevelt, incidentally.)

Duane sided with James Galloway’s notion of appeasement with the British, not favoring a seperation for England. Regardless, he would be a member of Congress all the way through the end of the war and on behalf of New York would even be a signer of the Articles of Confederation, precursor to the Constitution.

During the British occupation of Manhattan, Duane lived on Livingston Manor, a vast estate which today includes modern-day Livingston, New York. With Manhattan free of British, in 1784 Duane was appointed as mayor and moved his family to a farm right outside the city — a farm that would become Gramercy Park thirty years after his death.

Duane oversaw a massive shift in Manhattan’s well-being; while the evacuation of the British and their sympathizers left a serious econonic vacuum, the city also became a symbol of new American freedoms. In fact Duane would be largely overshadowed as the temporary seat of the federal government, under the Articles, met in downtown New York. He was however part of the committee in determining disputed land claims between the state and Connecticut. By the end of administraion, he was governing over a city of 25,000 citizens.

After five one-year terms, the job of mayor went to Richard Varick. Duane went on to an equally prestigious job — the first appointed judge to the US Circuit Court in New York, one of the nation’s first federal judges. 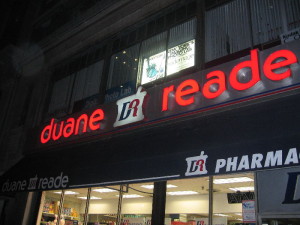 Duane Reade names its pharmacy chain after their flagship store located between Duane Street and Reade Street in downtown Manhattan. Duane Street was named after the former mayor in 1794.

Hazel Duane of Manhattan, my maternal grandmother, is a descendant of James Duane Jr the 44 th Mayor of NYC.
She was a model and traveled until her young death which was a suicide. I never knew her of course.
My family never talked much about their past.
I would like to have my (ancestry) family tree done one day. The uncanny thing is that I have made choices which follow in the Duaene footsteps, without knowing it beforehand.

Afternoon, Wendy. Who were Hazel’s parents? I own a Connecticut house built by one of the Duanes and am pretty familiar with branches of the family.