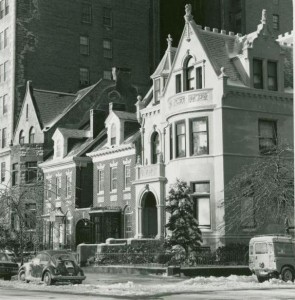 Why was Park Slope named the best neighborhood in New York City? Being one of the city’s largest landmarked districts probably helps. [New York Daily News]

Say it’s 1900, you’re injured and you happen to be at the Brooklyn Navy Yard. Here are your health care providers: [Shorpy]

Gothamist takes a lovely photographic look at the Metropolitan Museum of Art on its 140th birthday. [Gothamist]