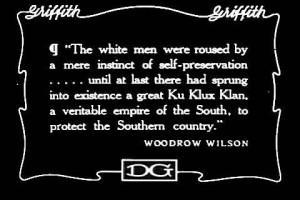 The question posed in the headline is a fascinating urban legend I’ve been obsessed with proving (or disproving) for about a year. It pops up occasionally during discussions about New York film history. And I think I’ve come up with an answer.

D.W. Griffith’s 1915 landmark ‘The Birth of a Nation’ heralded the birth of the Hollywood blockbuster, becoming its first true sensation and inventing production techniques that would become standard issue for the industry. It’s also, of course, an incredibly slanted account of the Civil War and its aftermath, glorifying the Ku Klux Klan and presenting a demeaning and racist portrait of Southern blacks.

For all those reasons, the movie is a true archetype, singlehandedly displaying the power and influence, both good and bad, that motion pictures would one day possess. So I was quite surprised a couple years ago to find that the production of this staple of college film courses might have a New York City connection.

Many non-primary sources claim that some scenes depicting Civil War battle were filmed in Staten Island, in an area located around today’s Park Hill neighborhood. The New York City Department of Parks and Recreation pinpoints it further — “shooting [the] Civil War battles sequences” around the area of Eibs Pond in nearby Clifton.

One can perhaps imagine the calm, slight hills around the pond standing in for Southern battlefields. But I’m afraid to say this was probably not the case. 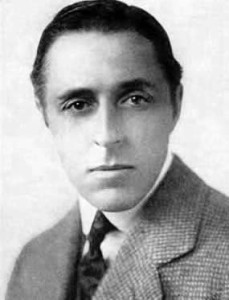 Local filming references mostly pop up in books and websites on New York or Staten Island history. The earliest reference I could find was in an AIA Guide from 1968. New York Magazine also trumpeted this tale in 1970, even visiting the alleged filming location.

But you won’t find these claims in film history books. Books specifically related to the ‘Birth of a Nation’ are clear that this was an all-California production: “Filmed at the Reliance-Majestic Studio, Sunset Boulevard, Los Angeles, California, and the various outdoor locations in the area, principally in the the San Fernando and Big Bear valleys and the open country in the Rio Honda.” [source]

Staten Island does have an important place in early American cinema. Some of the first fiction shorts were made here, in the South Beach area, in the 1890s, and some consider the area the birth place of the movie western. And Griffith (at left) did indeed make dozens of films in the New York region for the American Mutoscope and Biograph Company, whose principal studios were in Manhattan.

But Griffith began filming ‘Birth of a Nation’ from July to September of 1914. He had left both Biograph and New York the year previous and drummed up the finances independently to make ‘Nation’ himself, as its length and subject matter was still an uncertain risk for a young Hollywood to take. Griffith would return to the New York area in 1919, setting up a short-lived studio in Mamaroneck, New York, a short drive from the Bronx. 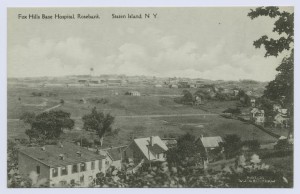 Part of the location confusion may lie in the former name of the Park Hill and Clifton neighborhoods. Around the late 19th century, this area of Staten Island was called Fox Hills, known for its tony golf course and, during World War I, a noted hospital for wounded soldiers. The name is still occasionally used there by residents today.

Fox Hills is also the name of a small neighborhood in Culver City, California, and was also once known for its golf courses. Culver City would become an important home to film studios in the late 1910s, after ‘Nation’ was finished. But it would not be a stretch to think it was this area that was most likely used for certain shots of the Griffith picture, and not an area of New York thousands of miles away.

This is not to say that New York doesn’t have a role in the tumultuous history of ‘The Birth of A Nation’. The movie, “a feature film tracing the history of African slavery” according to a notice in the New York Times, made its debut in March 1915 at the Liberty Theatre* on 42nd Street, to both praise and outrage. The film was picketed by the NAACP on a daily basis, and one New York protester got themselves arrested by throwing eggs at the screen. [source]

But the film was a financial success in New York, running for most of the year — tickets were sold a month in advance, and at an outrageous price of $2.00! — and it soon swept across the country to similar accolades.

*The Liberty is still standing, in part; its facade has been absorbed that of Madame Toussaud’s Wax Museum complex.

**Seems that a commenter on the Staten Island Advance has had a similar idea!

1 reply on “Was ‘Birth of a Nation’ really filmed in Staten Island?”

I heard that a battle scene of The Birth of a Nation was filmed inthe field behind my grandmothers house in Brooklyn near what is now E 16th st and Ave U.
Was there another scene filmed there?