The burning of the Colored Orphan Asylum on Fifth Avenue: In a day of vile crimes that Monday, July 13th, this certainly stands out as one of the worst.

PODCAST The Civil War Draft Riots made the days of July 13-17, 1863, a most dangerous week to be a New Yorker. The announcement of conscription to replenish Union troops — and the inclusion of that incendiary $300 exemption fee — fell upon jaded ears, and as the draft lottery neared, some New Yorkers planned a rebellion. But what erupted that hot, scorching Monday morning was far worse than any mere protest.

We take you through those hellish days of deplorable violence and appalling attacks on black New Yorkers, abolitionists, Republicans, wealthy citizens, and anybody standing in the way of blind anger. Mobs filled the streets, destroying businesses (from corner stores to Brooks Brothers) and threatening to throw the city into permanent chaos. Listen in as we tell you how this violence changed the city forever.

NOTE: This is truly an unusual podcast in our canon of shows thus far. Obviously there are few events in American history quite like the Draft Riots, and hopefully we’ve struck a more serious tone with this topic. Next week I’ll have more information about some of our sources as well as a  couple corrections and clarifications.

The mob burned the draft office at 3rd Avenue and 46th Street first thing on Monday morning. The destruction was but only a taste of the violence that was to come. By Friday, New York would be smoldering with dozens of structures in ashes — from factories and homes to armories and even bridges. 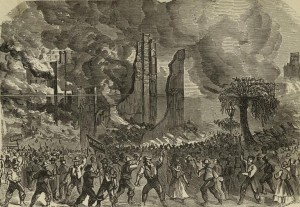 John A. Kennedy, the superintendent of police, who was savagely beaten and barely escaped with his life on the first day of rioting. 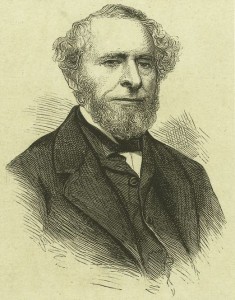 By Tuesday, rioters had cordoned off barricades along a couple key streets, including a mile-long makeshift fortification along Ninth Avenue, through today’s Chelsea and Hell’s Kitchen neighborhoods. 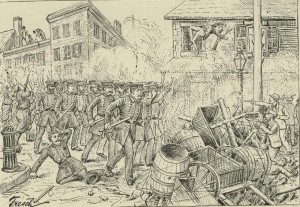