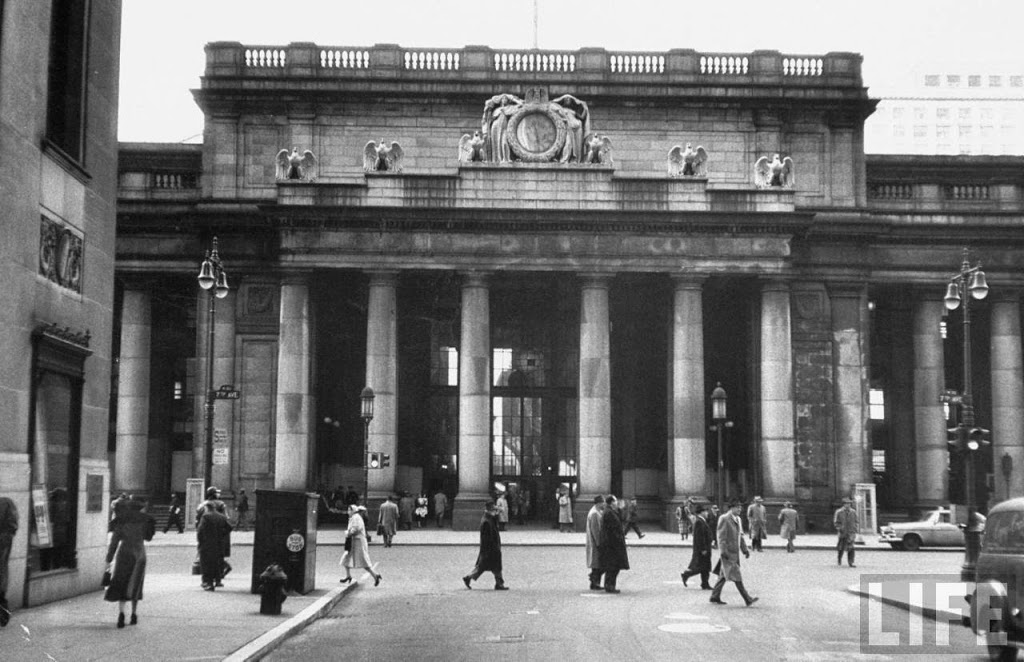 Aging beauty: The entrance of Penn Station, photographed by James Burke in 1957 for Life Magazine.

— Tonight on PBS’s American Experience: The Rise and Fall of Penn Station, the story of McKim, Mead and White’s Midtown masterpiece and how its tragic demolition in the 1960s forced New Yorkers to consider the importance of historic preservation.  [American Experience]

— Ghost signage: The remnants of former businesses are all around us, their old signs living long past the establishments themselves.  Photographer Gary Fonville has found some beautiful examples all through the five boroughs, some of which you’ve probably walked by a thousands times without noticing! [Forgotten New York]

— The Velvet Caps, the Scalpeens and the Jackson Hollow Gang: A fascinating rundown of the oddly named ruffians that ruled the streets of Brooklyn, most in the years before Consolidation. [artofneed]