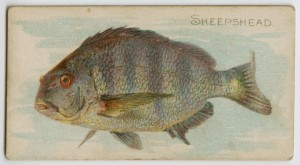 The sheepshead is a common variety marine fish known for its distinctive black stripes and a very scary looking set of teeth.  If you look too long at it, you will have nightmares tonight.  Some believe the fish’s unusual name comes from the notion that its teeth actually look like those of adult sheep.  I personally don’t see it, but you can compare here and here.

What we do know, however, is that the Sheepshead lends its name to one of Brooklyn’s loveliest places — Sheepshead Bay and the adjoining neighborhood.of the same name. 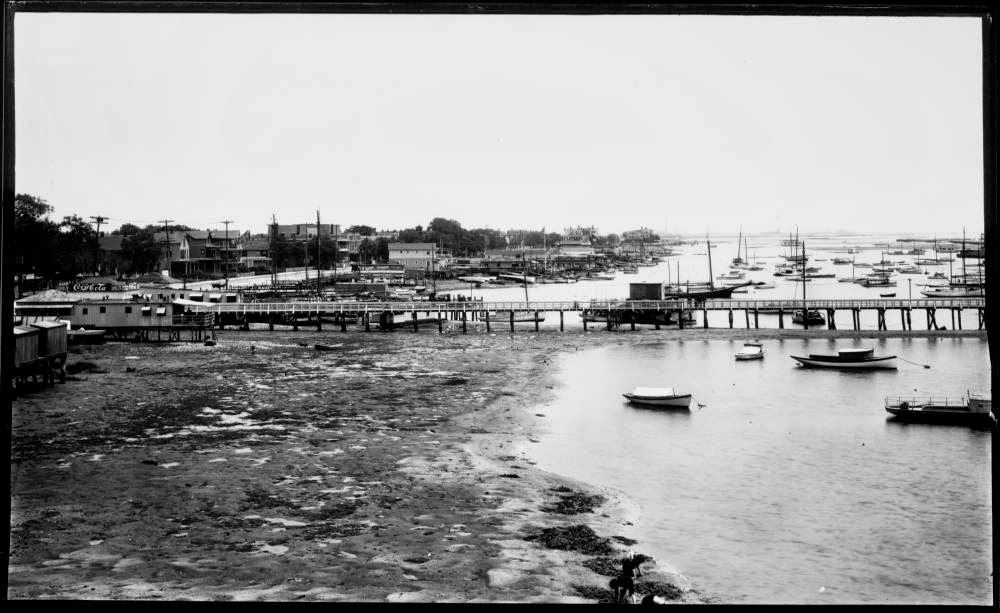 But who thought to name the area after one of its common aquatic residents?  We can probably bestow that honor onto Benjamin Freeman, who owned much of the land around the bay and became one of the first entrepreneurs to open a hotel here in 1844.  He called his establishment The Sheepshead, adorning the front with a large picture of a sheepshead.  This decision by Freeman would forever give the area its unusual name.

During the mid and late 19th century, the bay area would never hold the same luxurious reputation as Brighton Beach and Manhattan Beach to the south.  Its hotels and recreation spots had a less respectable appeal, though not without certain charms.

A 1870 roundup in the Brooklyn Daily Eagle of Sheepshead Bay offering sings the praises of  the Union, “the largest hotel in the bay,” owned by a Brooklyn congressman Patrick Burns, a place of rambunctious entertainments.  From an 1873 report in the New York Tribune:  “[N]umerous roughs from New York and the Fifth Ward of Brooklyn were leaving in coaches to Burns Hotel in Sheepshead Bay to witness a prize-fight.” 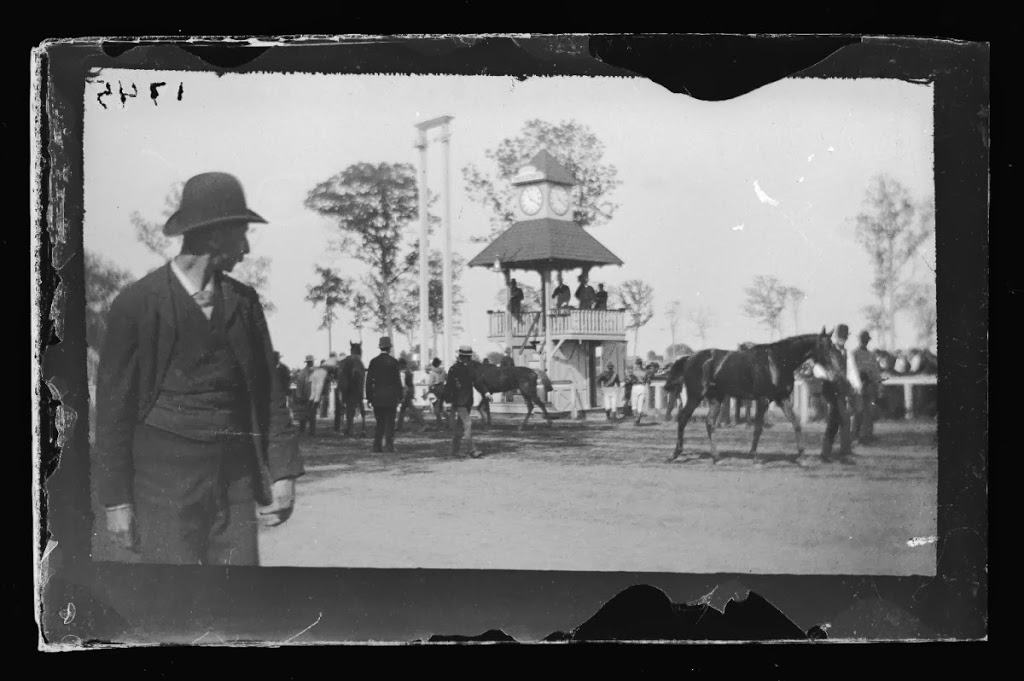 Sports would always define the early recreations of Sheepshead Bay, and not just fishing and boating pleasures.  In 1880, one of America’s great horse-racing tracks was constructed here, a popular draw due to the Gilded Age moguls who funded the venture, including the godfather of horse racing August Belmont Jr.  When racetrack betting became illegal in the 1910s, the track was refitted for auto racing.

And, as you can see below, sometimes stunt airplane acrobatics!  This image, from the Library of Congress, shows a Sheepshead Bay ‘race’ between two very modern devices — an automobile driven by Italian racing legend Dario Resta and an airplane steered by pioneering pilot Katherine Stinson. 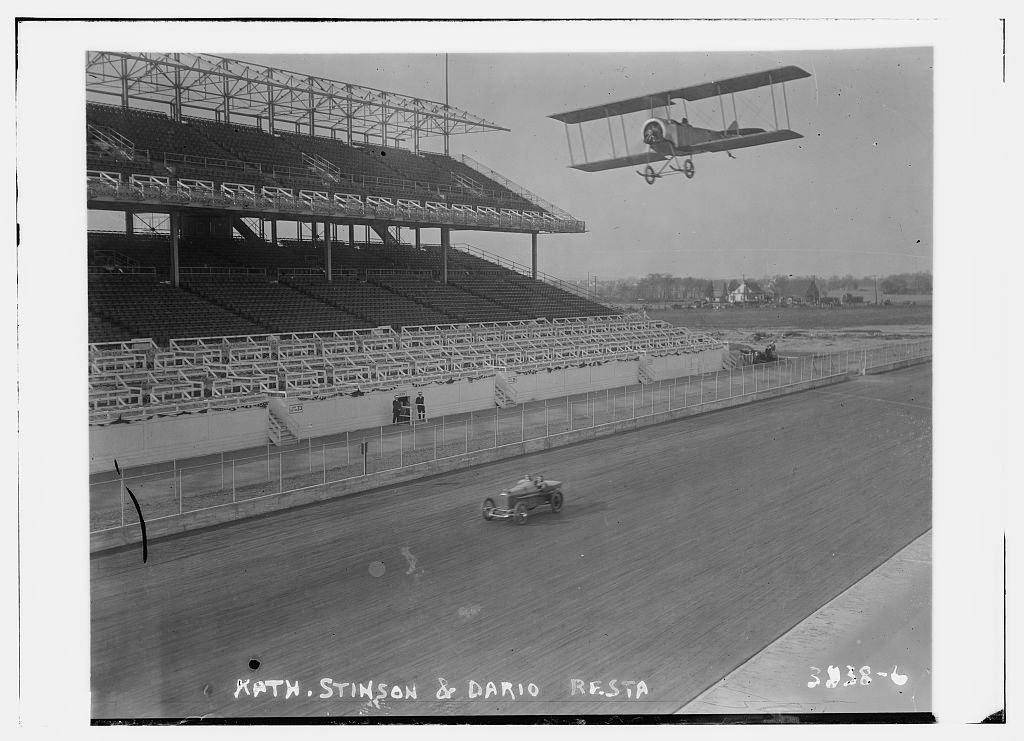 Below: From the June 1880 opening of the Sheepsead Bay Race Track.  Note this disturbing sentence: “A steeplechase, with an unusual number of picturesque accidents and injured horses, ended the days contests.” 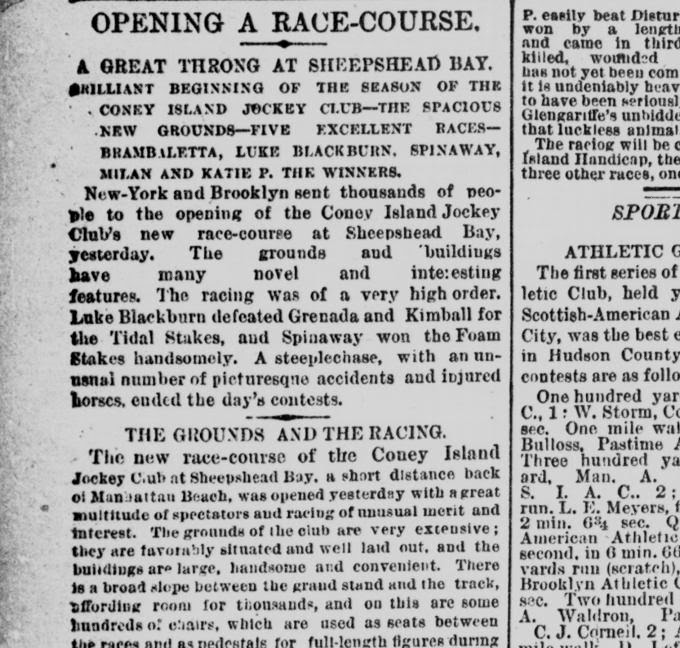 Fish picture at top from a cigarette card, courtesy NYPL

1 reply on “No sheep in Sheepshead Bay, but lots of fish with human teeth”

This post was very educational in many ways. For one, I had no knowledge of how the naming of Sheepshead Bay came about to be although I had always wondered about it. Benjamin Freeman had named it due to the weird and strange fish that lived in the bay. I did not even know that there were fish who lived in that bay. Strangely enough, this post reminds and connects back to a time period of when automobiles were created in the late 1800s and eary 1900s because in the 1880 a famous horsetrack was created and in the image below that section, you can see one of the early models of the automobile being driven. Not only does this post provides pictures, it also provided a newspaper article clipping. A question I have is how did the Bowery Boys have accesss to all the resources used.