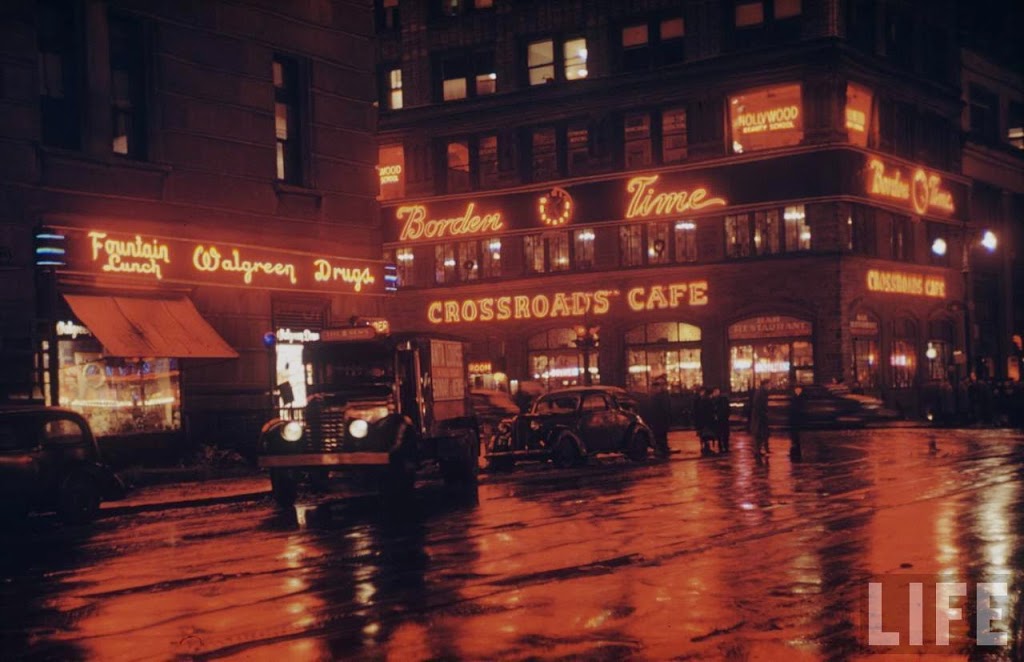 “In New York the first lights start to come on at night long before the last light has gone out of the sky.”

In 1939, a young Paris-born photographer named Andreas Feininger moved from his home in Germany to the United States. He took a job at Life Magazine in 1943, a few years after the publication’s retooling by publisher Henry Luce into a showcase for photojournalism. 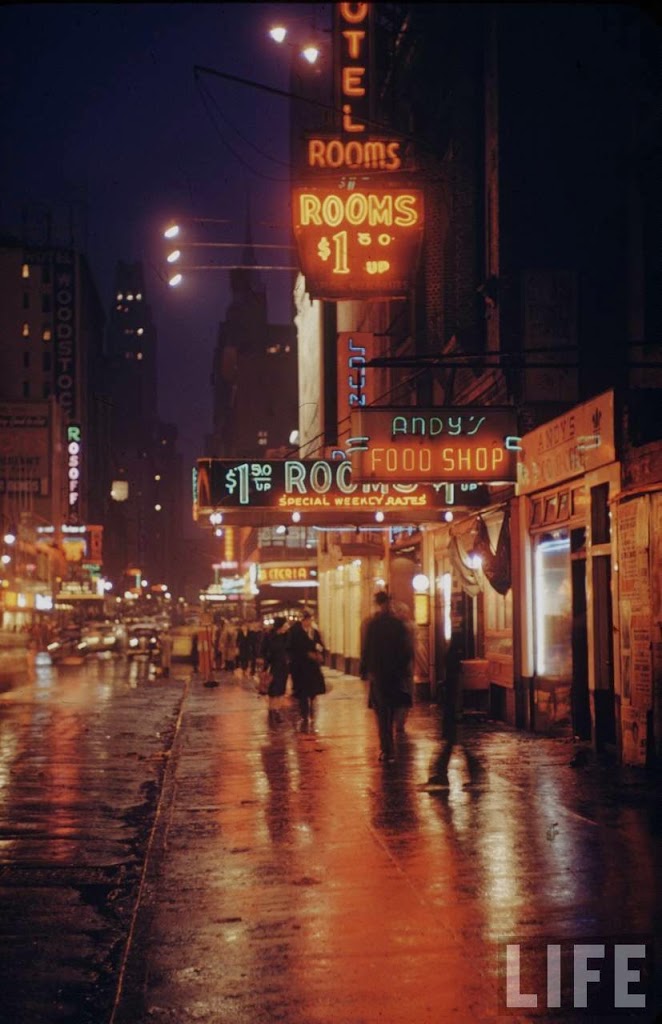 Feininger would become one of America’s great photographers of the 20th century. He didn’t document places. He transformed them. In the era before frequent photo manipulation, Feininger could make the ordinary mythical. He could photograph a building and make it look like a rocket ship.  His vision was painterly, finding the iconic within the simple. And when he photographed extraordinary things — like his favorite subject, New York City — the result was often transcendent.

On August 5, 1946, Life ran a photo essay by Feininger called “New York At Night.”  It’s extraordinary for several reasons.  Most Life photography up until this time — in fact, most Feininger’s finest work —  was in black-and-white.

In fact that issue is all black-and-white — except the advertisements and “New York at Night.”

Just a few years before, New York was a darkened city at night due to wartime precautions.  But in the summer of 1946, the city was again abuzz.  Color photography itself had seen startling innovations but it was still a dazzling rarity then.

A revitalized New York City rendered in color prints by one of Life’s brightest talents?  It was the closest a print publication could come to conjuring magic.

Here’s several images from “New York at Night,” courtesy Life Magazine.  You can view the entire issue here for some context. (It’s worth a read, especially the article on a kids radio station!)

You can click into each image for greater detail.  And see if you can identify where in Midtown each of these photographs were taken! 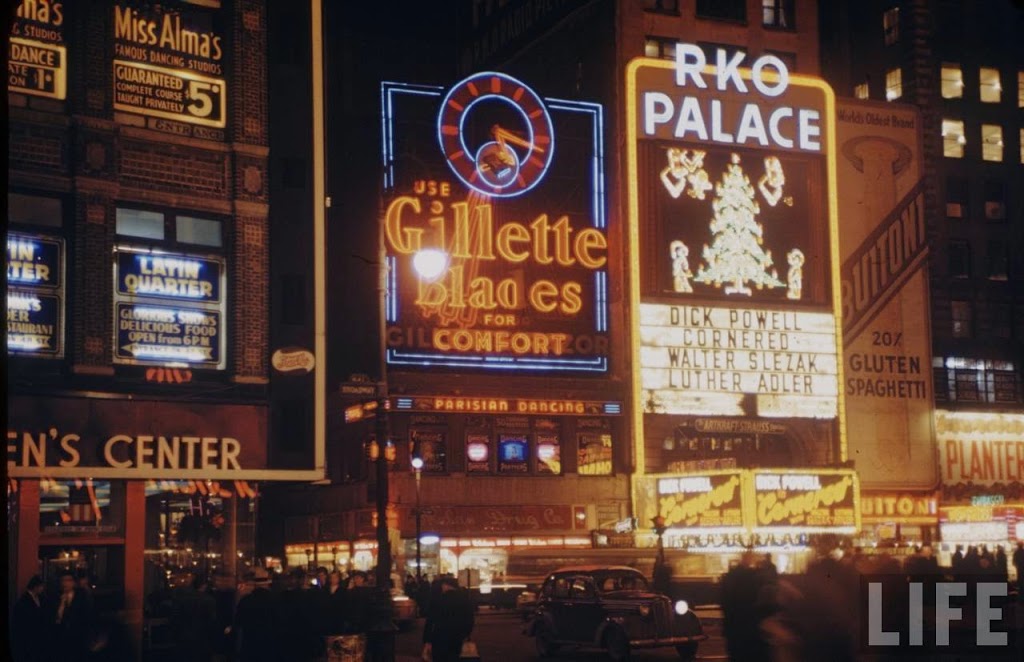 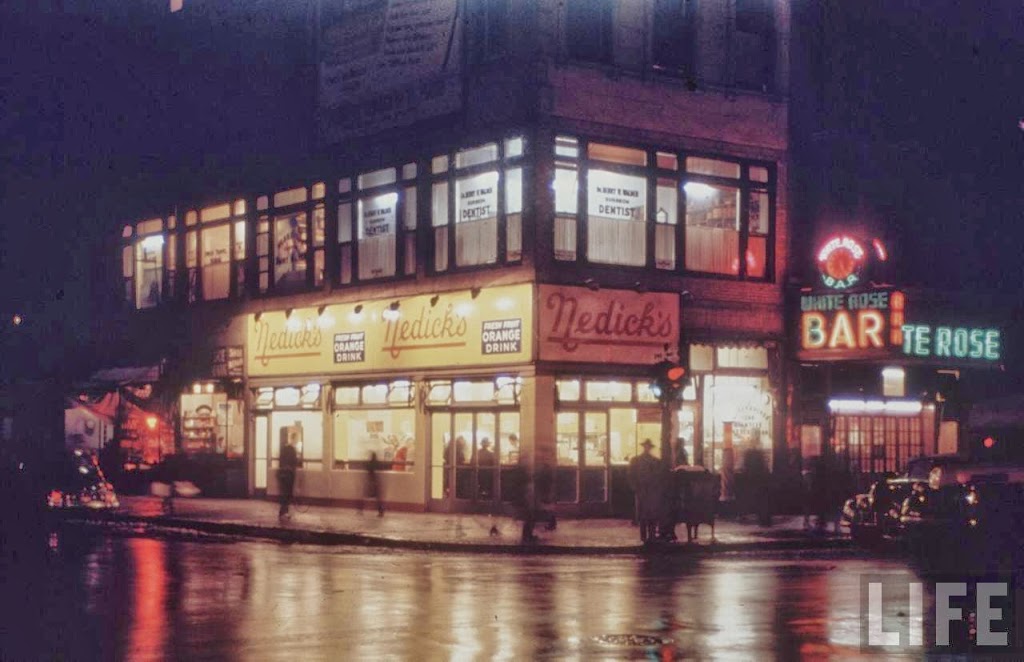 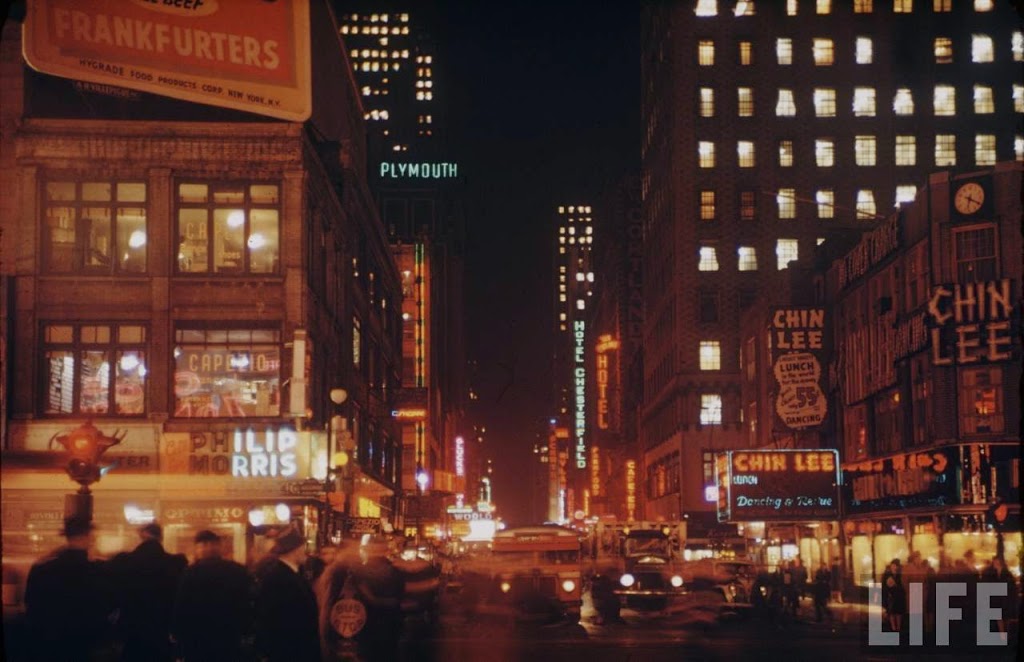 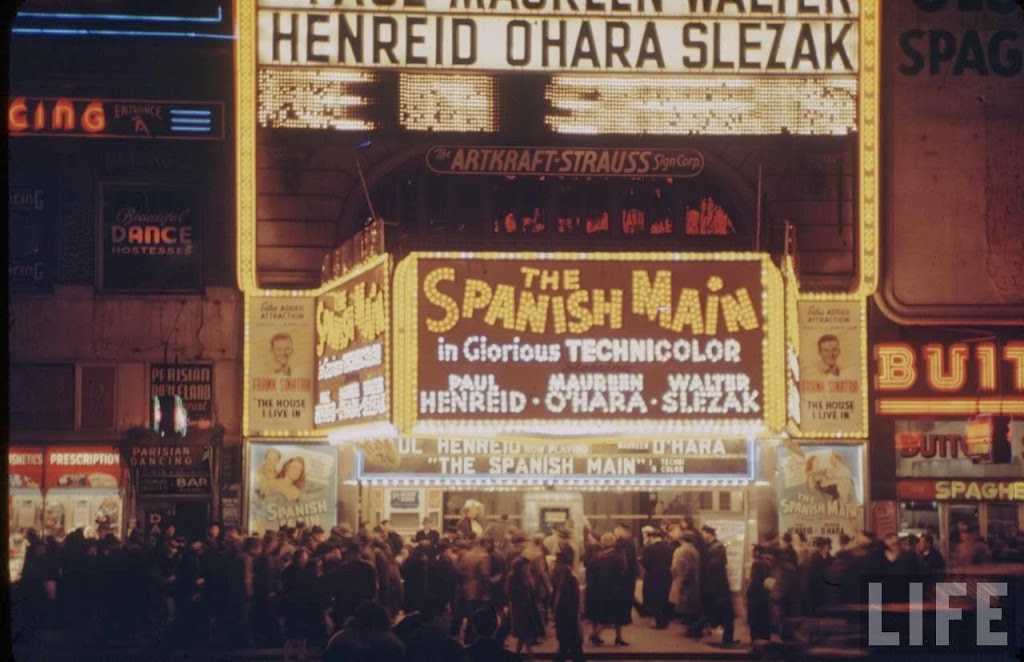 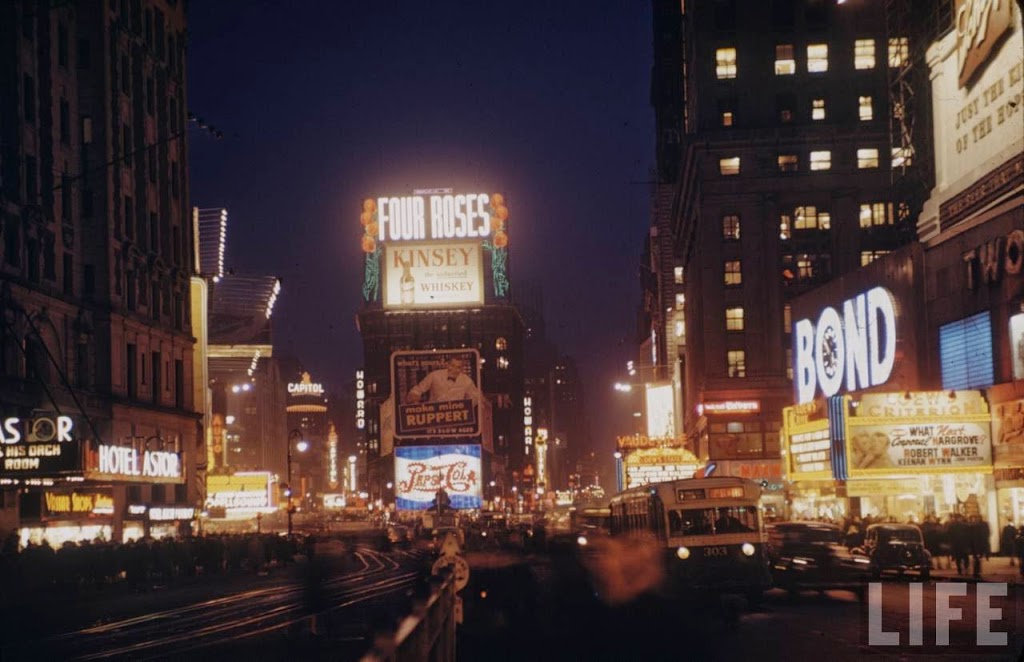 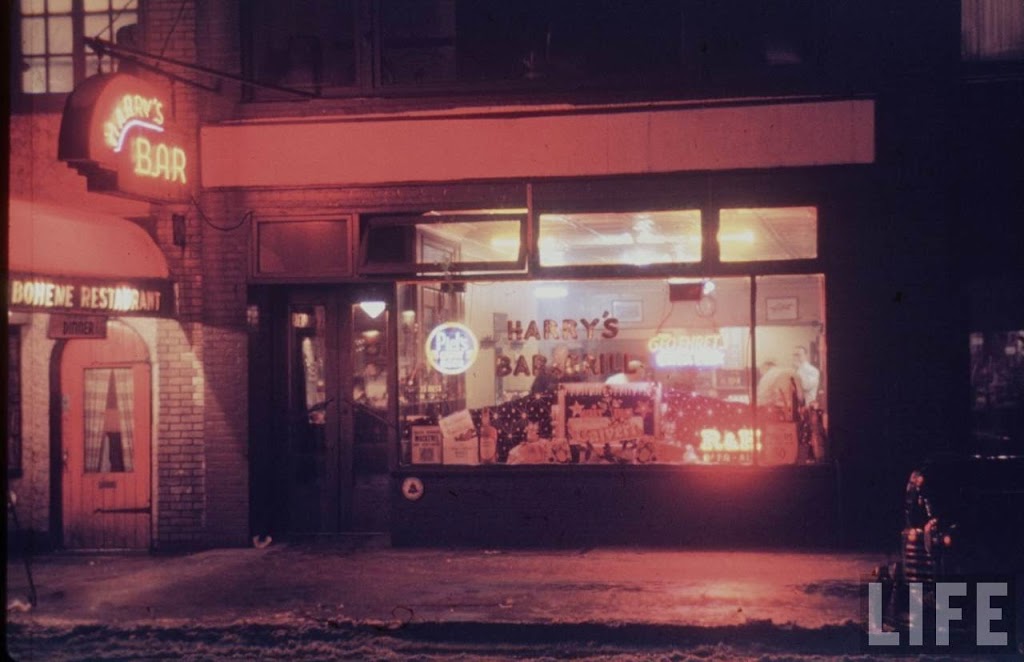 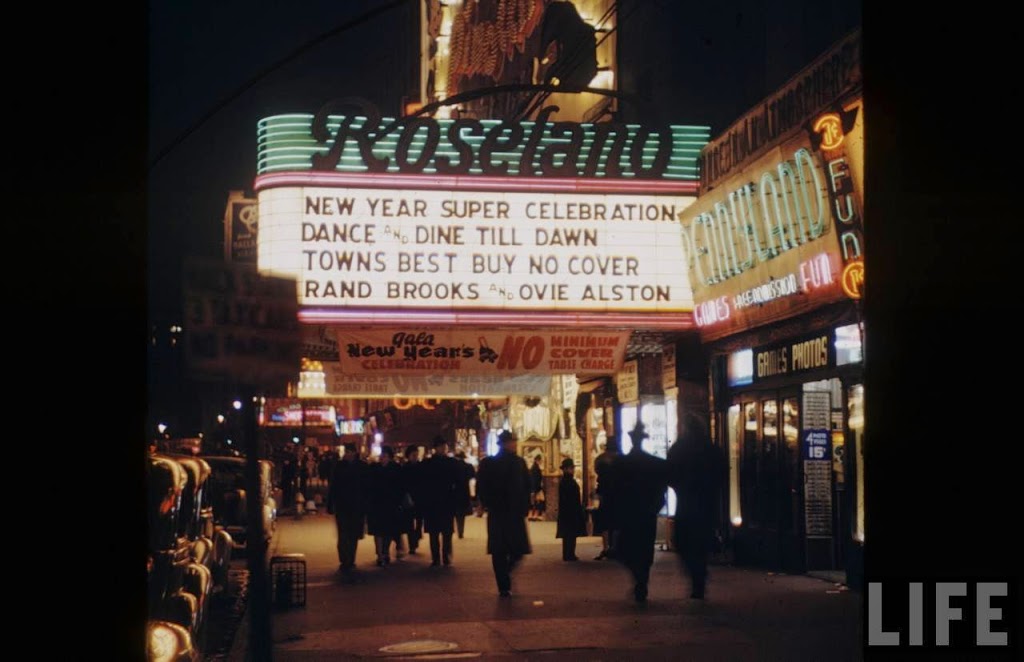 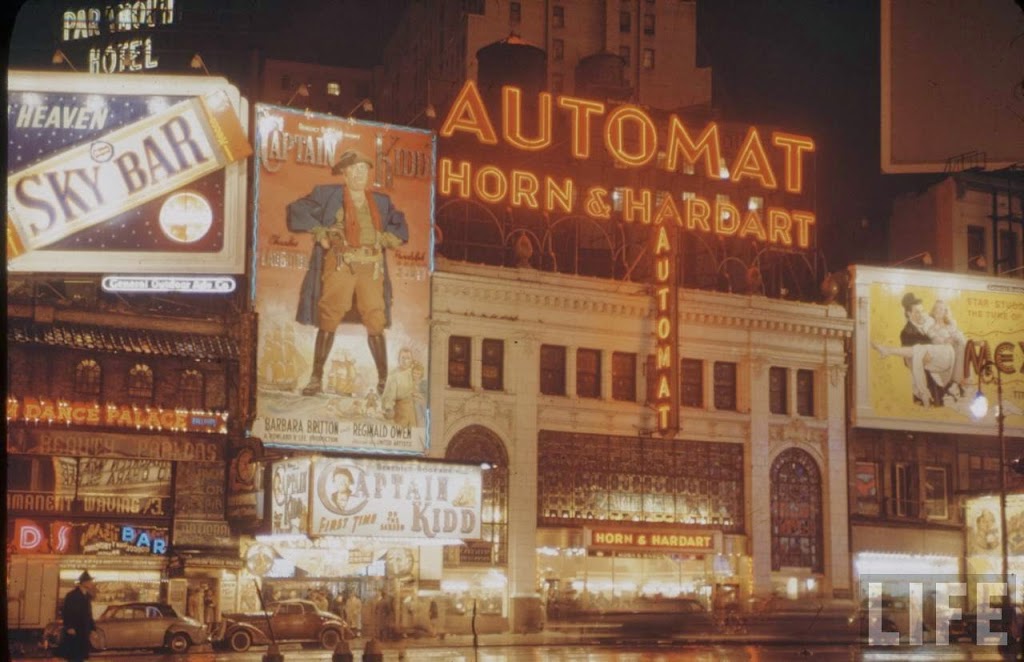 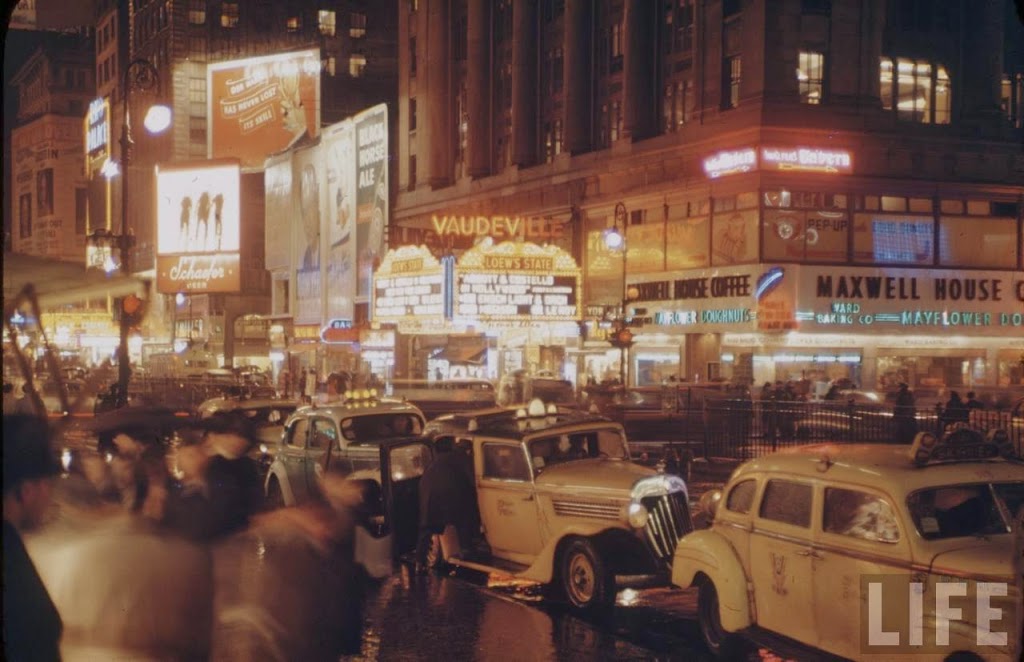 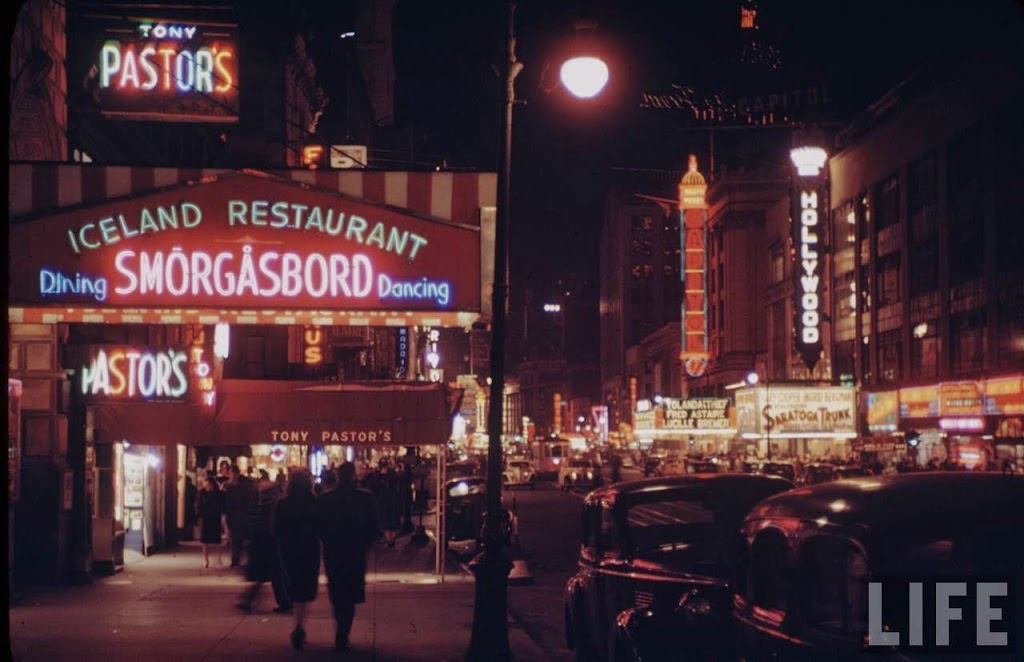 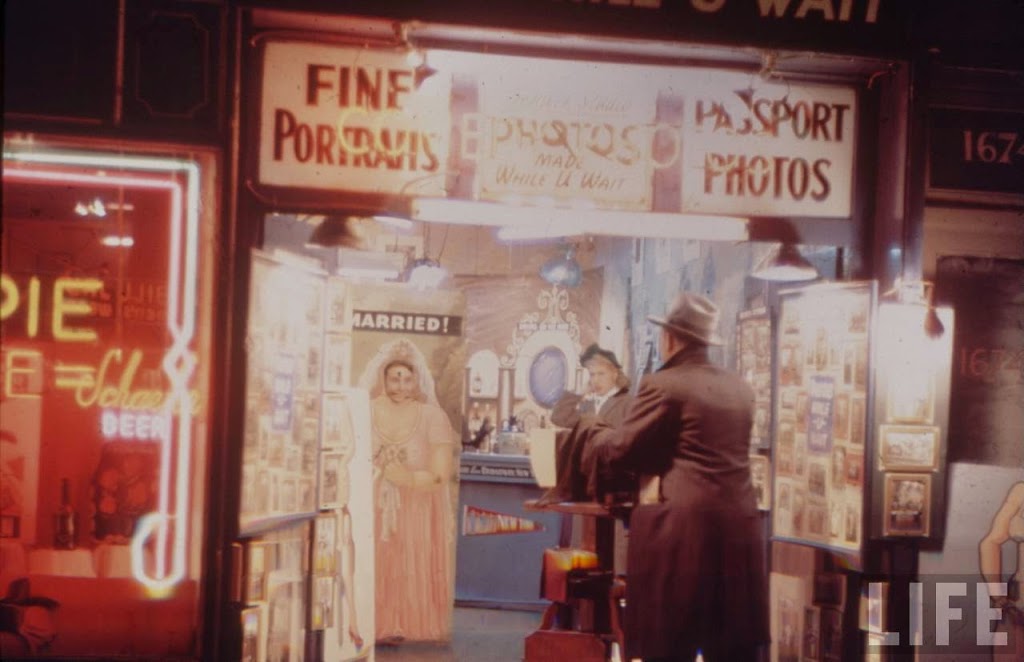 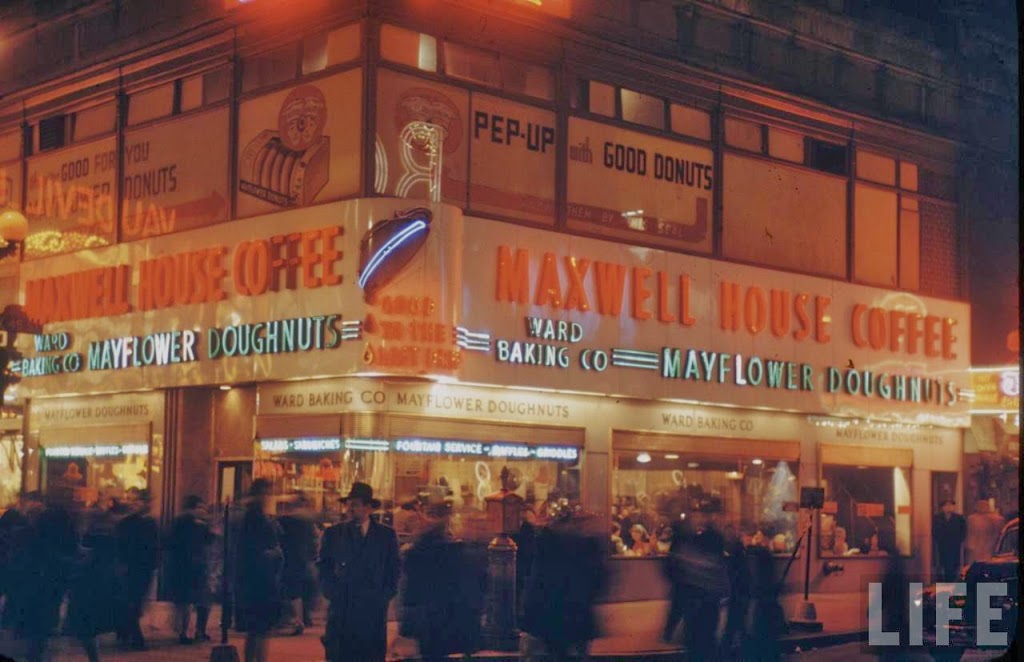 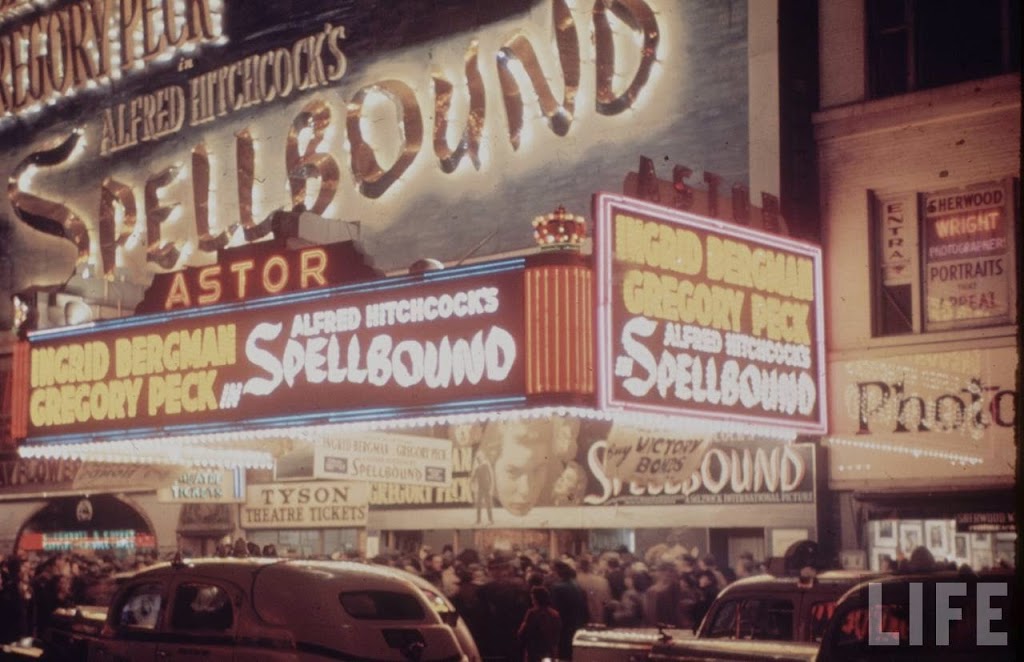 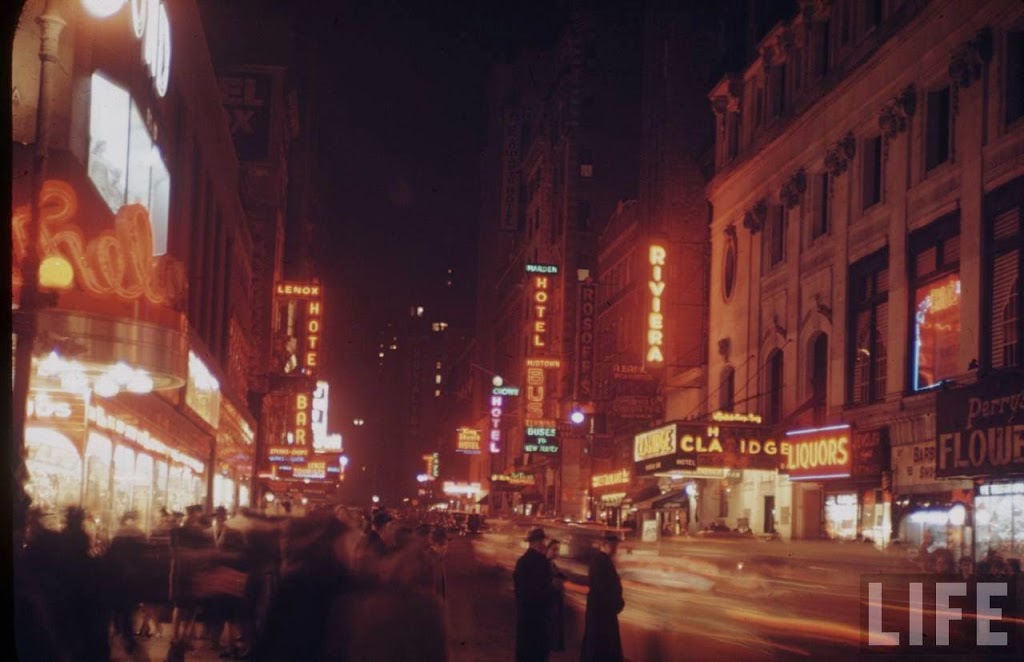 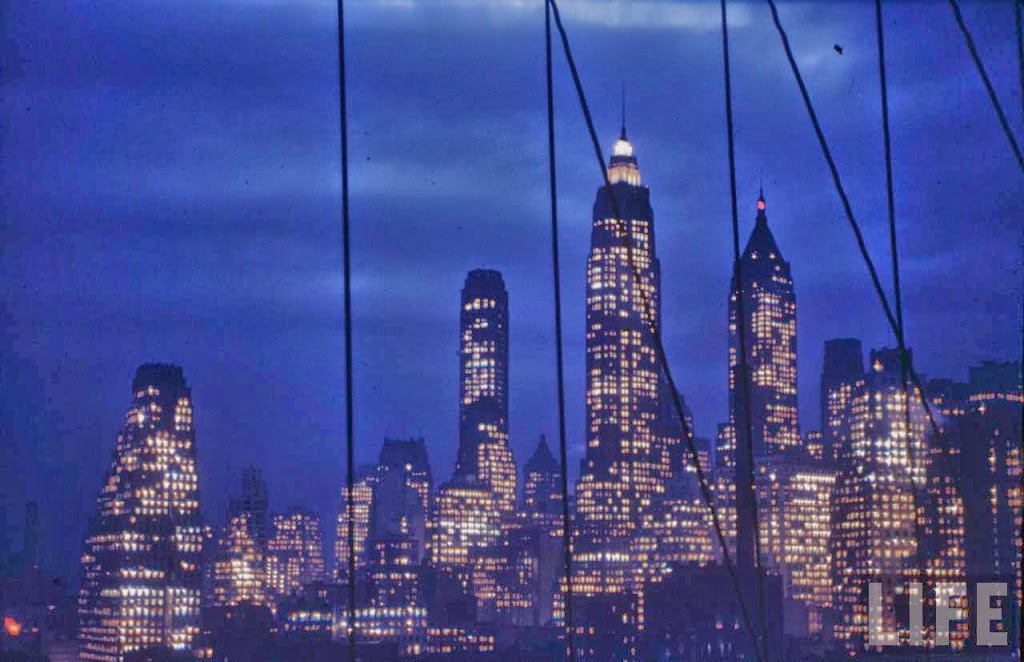 And some music to put you in the mood, a song that was near the top of the charts in the summer of 1946:

Nice, but a known collection. I have quite a lot of New York original colour slides in my own collection, one of which (outside the NY Public Library c1940 can be seen via my website vintage-images.co.uk and click on the blog link.