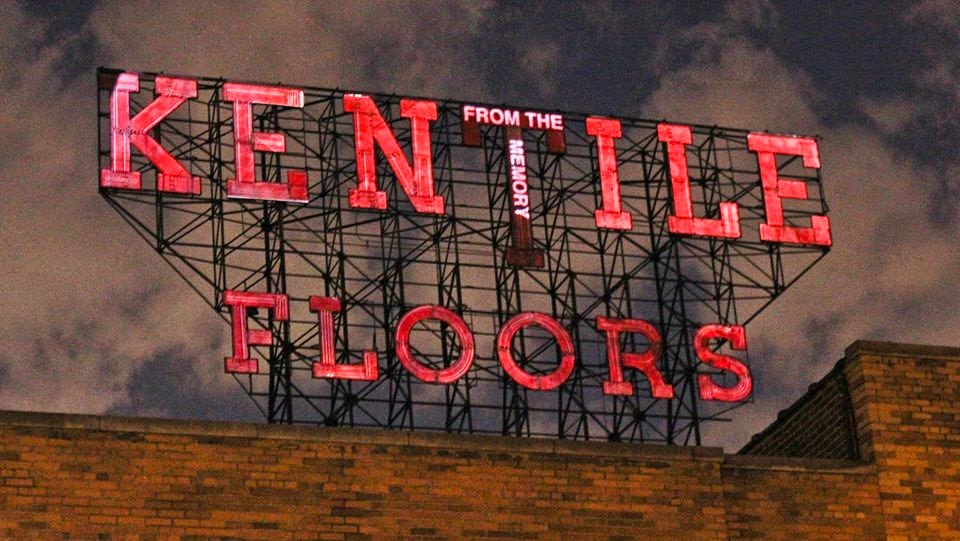 One of the most striking sights in Brooklyn is the old Kentile Floors sign in Gowanus, a pleasant sight to those who pass it daily and one of the last vestiges of non-franchise billboard art in the city.  The current owners of the location are preparing to tear it down, but the community is fighting back.  Sign this petition here [petition] or join the Facebook activism page if you’d like to help preserve history.  Read more about the controversy here: [Gothamist] and at [New York Neon]

Museum Mile Festival:  Head on up to Fifth Avenue between 82nd Street and 110th Street this afternoon to enjoy this annual festival of the Upper East Side museums.  Museums are free and open until 9 pm.  My advice: Check out at the Lost Kingdoms exhibit at Metropolitan Museum of Art; City as Canvas, the graffiti art exhibit at Museum of the City of New York; and Italian Futurism over at the Guggenheim Museum.  [Museum Mile Festival]

The story of 10 Perry Street, an unusual 19th century brownstone that was once home to one of New York’s most prominent Catholic businessmen. [Daytonian in Manhattan]

The cartographer who actually mapped out Batman’s Gotham City back in 1998.  [Smithsonian]

COMING UP THIS FRIDAY:  A special Bowery Boys podcast, one unlike anything we’ve ever done.  Stay tuned!