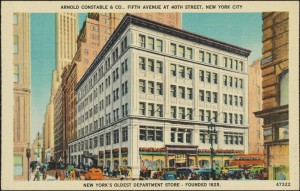 Unlike the slow demise of so many neighborhoods in the city’s past, the end of Ladies Mile was closely observed by the press.  On October 4, 1914, the New York Sun ran the foreboding headline “Last Chapter in Fall of Old Department Store Zone Recorded Last Week By Arnold, Constable.”

“When Arnold, Constable and Co. move next September to the new building that Frederick W. Vanderbilt is to erect on the site of his home at Fifth Avenue and Fortieth Street, not a department store will remain on Broadway between 14th and 23rd streets, for nearly half a century the recognized high class shopping center of New York City.”

Below: Display windows at the 5th Ave location in 1935 (Pictures are courtesy MCNY) 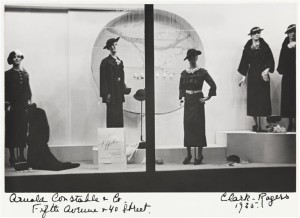 B Altman, the first of the major department store owners to move to Fifth Avenue, was immediately seen as a visionary. “Every one can see today that this shrewd business man knew what he was doing, for Fifth Avenue is not only the greatest shopping street in New York, but is said to lead all others in the world.”

The B Altman department store building is still around, on the northeast corner of 34th Street and Fifth Avenue. It’s now the home for the City University of New York.

The building which contained the Fifth Avenue store of Arnold, Constable and Co. is still around as well.

The upper-crust store was one of Ladies’ Mile’s last holdouts, even as the other fine shops like Lord & Taylor had already moved uptown.  Their new department store, catty-corner to the New York Public Library main branch, finally opened in November 1915 and stayed open for sixty years, until 1975.  The structure was then bought and turned into the Mid-Manhattan Library.

Compare this picture of Arnold Constable & Co., from 1915, with the one taken yesterday at the Mid-Manhattan Library: 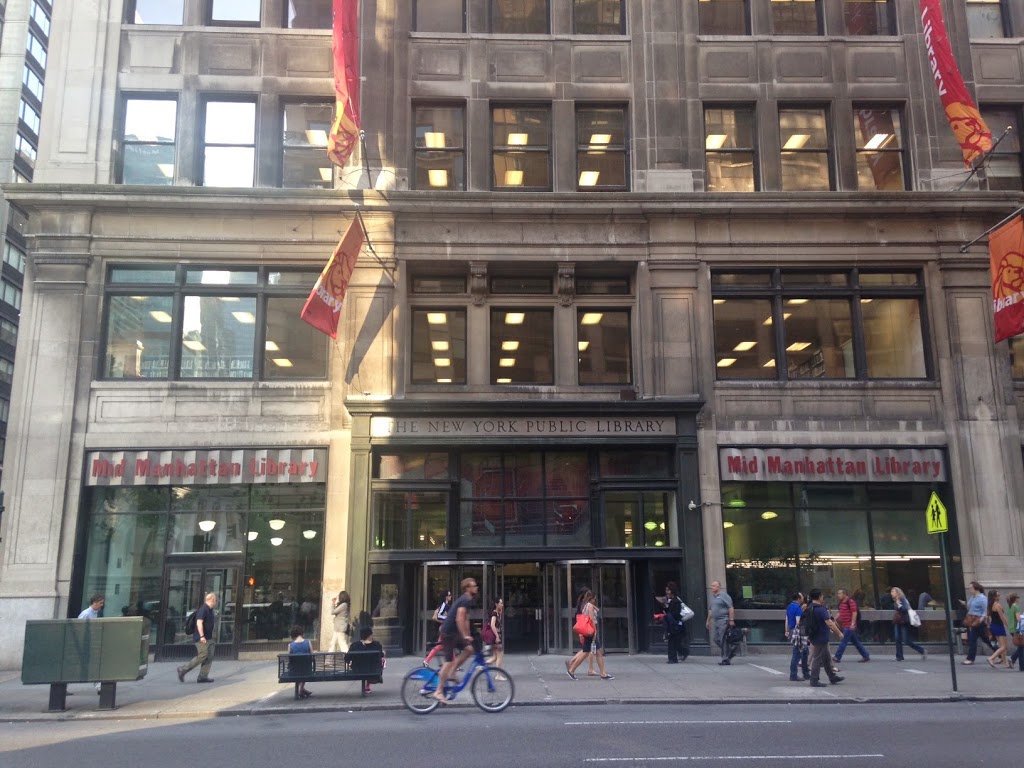 Thank you so so much for your wonderful research and stories . i lived in the Chelsea Hotel in NYC from 1992 till 2005 and walked the streets and love to revisit with your podcasts .