Big news in the world of numismatics — the U.S. Treasury Department has announced that Alexander Hamilton, long the solitary face on the $10 bill, will be joined by a woman. But who? His wife Eliza Schuyler? Harriet Tubman? Eleanor Roosevelt? And how will she featured?

Thankfully he’s not leaving the bill which he has graced sinceÂ 1928. Here’s a few other interesting tidbits about his appearance on currency:

1) Why is Hamilton, who was never a president, on money in the first place? He was America’s first treasury secretary, of course, from 1789 to 1795. But in many ways he’s also the inventor of American money!

According to Ron Chernow, Hamilton encouraged the use of the dollar bill as the basic unit of currency and called for a series of coins broken into smaller values, a new concept in an age when bartering was the preferred method of transaction. Â To encourage the new American spirit, he recommended putting presidential faces on the money. Since there was only one president at that time, this meant the basic unit currency went to Hamilton’s good friend George Washington.

2) Hamilton was the first Secretary of theÂ Treasury, but he was NOT the first Treasurer of the United States. That honor went to Michael Hillegas, a wealthy Philadelphian who led the treasury through the duration of the American Revolution. His face was actually on an early version of the $10 well before Hamilton’s.

3) Hamilton was never in charge of actually making money.Â  While Hamilton is partly responsible for the creation of the U.S. Mint (established in 1792),Â it was placed under the job of Secretary of State Thomas Jefferson. Â Chernow: “Unfortunately, Jefferson ran the mint poorly. Â Hamilton later tried, in vain, to arrange a swap whereby the post office would go to State in exchange for the mint coming under Treasury control, where it belonged.”

The first director of the U.S. Mint was David Rittenhouse, on which Philadelphia’s Rittenhouse Square is named.

Below: The first U.S. Mint building in Philadelphia

4) Hamilton is only one of only threeÂ non-Presidents to currently grace American paper money,Â the others being Benjamin Franklin ($100) and Salmon P. Chase ($10,000). Â But non-presidents have lived upon paper money since its invention. Â William Tecumseh Sherman, George Meade and Lewis and ClarkÂ have all been on U.S. printed currency.

5) Â For decades, Alexander HamiltonÂ was actually the face of the $1,000 bill.

6) The current imageÂ of Hamilton on the $10 bill is based upon a portrait by John Trumbull which currently hangs in New York City Hall. That painting was completed posthumously in 1805; Hamilton had been shot and killed in a duel with Aaron Burr the year before.

7) Alexander faces left where the other members of the Faces On Money ClubÂ are turnedÂ right. There is a rarely used $100,000 bill with Woodrow Wilson which faces a similar direction but I doubt you willÂ ever see that in your lifetime.

8) Having your face on money doesn’t mean that you had much. At the end of his life, Hamilton overspent on his new home in upper Manhattan (Hamilton Grange) and was nearly broke. Â To William Cooper, he wrote, “I have been building a fine houseÂ and am very low in Cash; so that it will be amazingly convenient to me to touch your money as soon as possible” 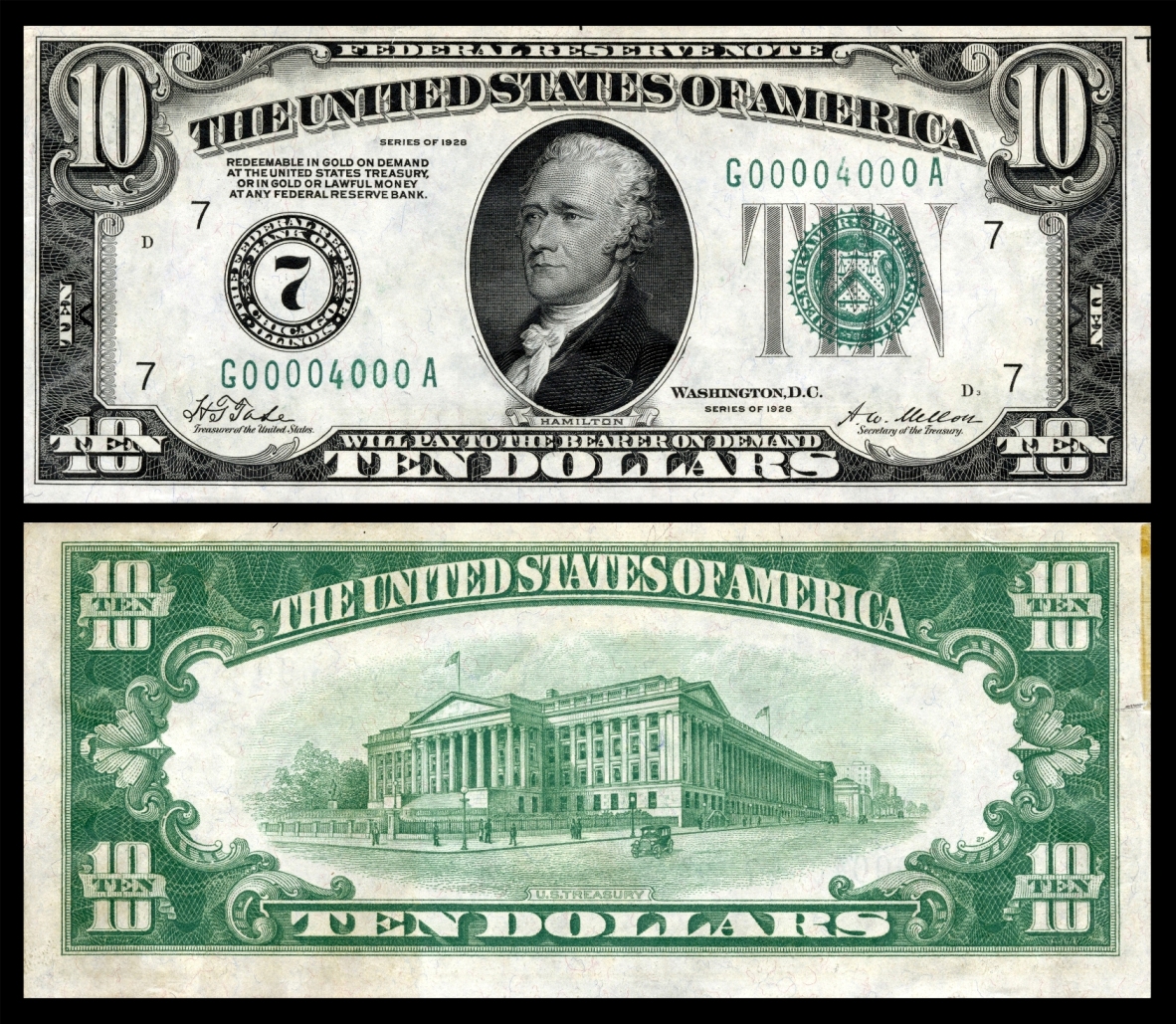 9) The most interesting thing about the that 1928Â $10 bill with Alexander Hamilton on the front is actually a small detail which appears on the back — a very small automobile. According to the blog US Dollar Bill: “The car parked outside of the Treasury Department building is based on a number of different cars manufactured at the time and was the creation of the Bureau designer who developed the artwork that served as a model for the engraving, because government agencies were prohibited from endorsing any specific manufacturer or product, according to a bureau of engraving and printing pamphlet.” 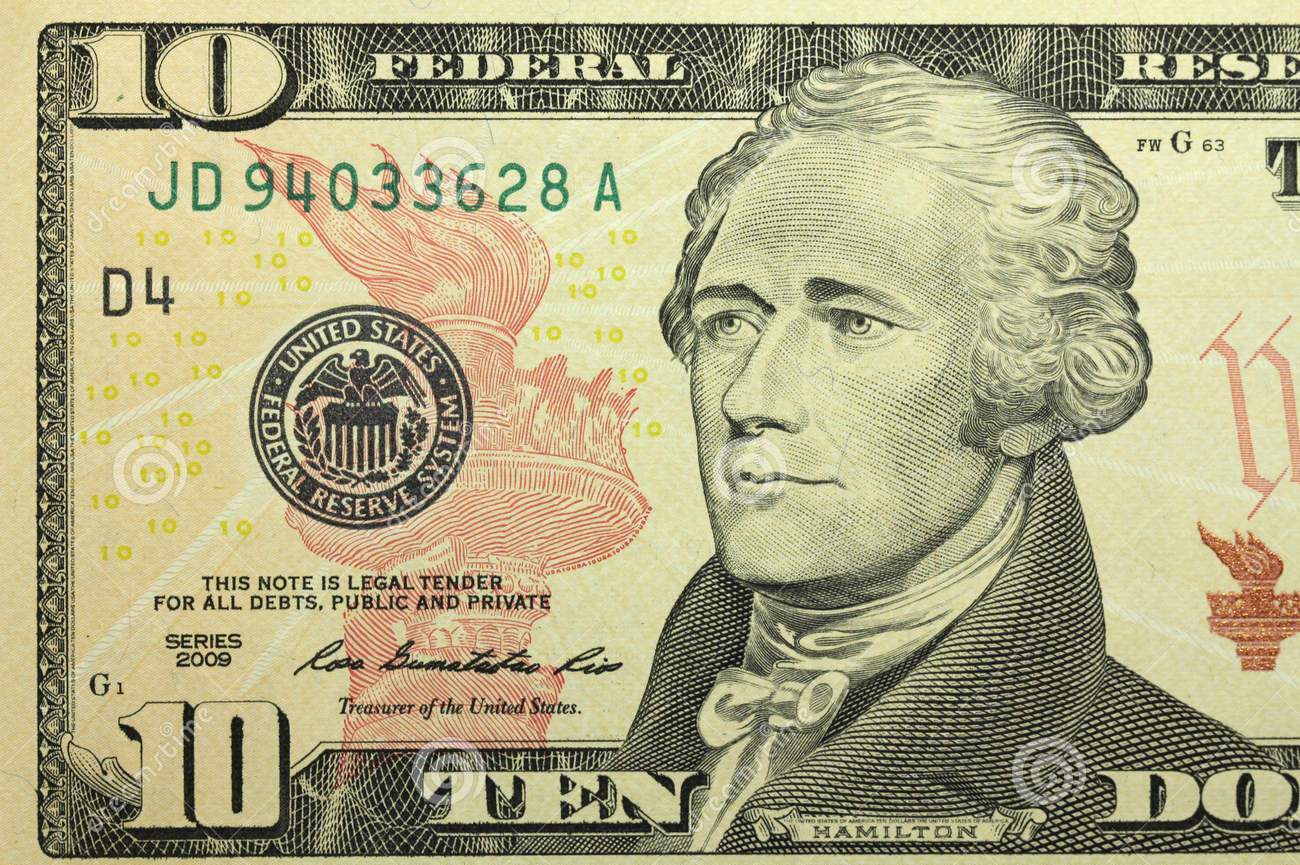 10)Â There is already a woman on the $10 bill, or at least, part of her. On the redesigned 2006 bill, Hamilton breaks free of the oval which has traditionally confined the portrait. He is looking left towards the hand and torch of the Statue of Liberty. Â Lady Liberty’s torch once sat in Madison Square Park for several years as a way to drum up funds for the statue’s pedestal. Â The park’s namesake, James Madison, wrote the Federalist Papers with Alexander Hamilton and John Jay. 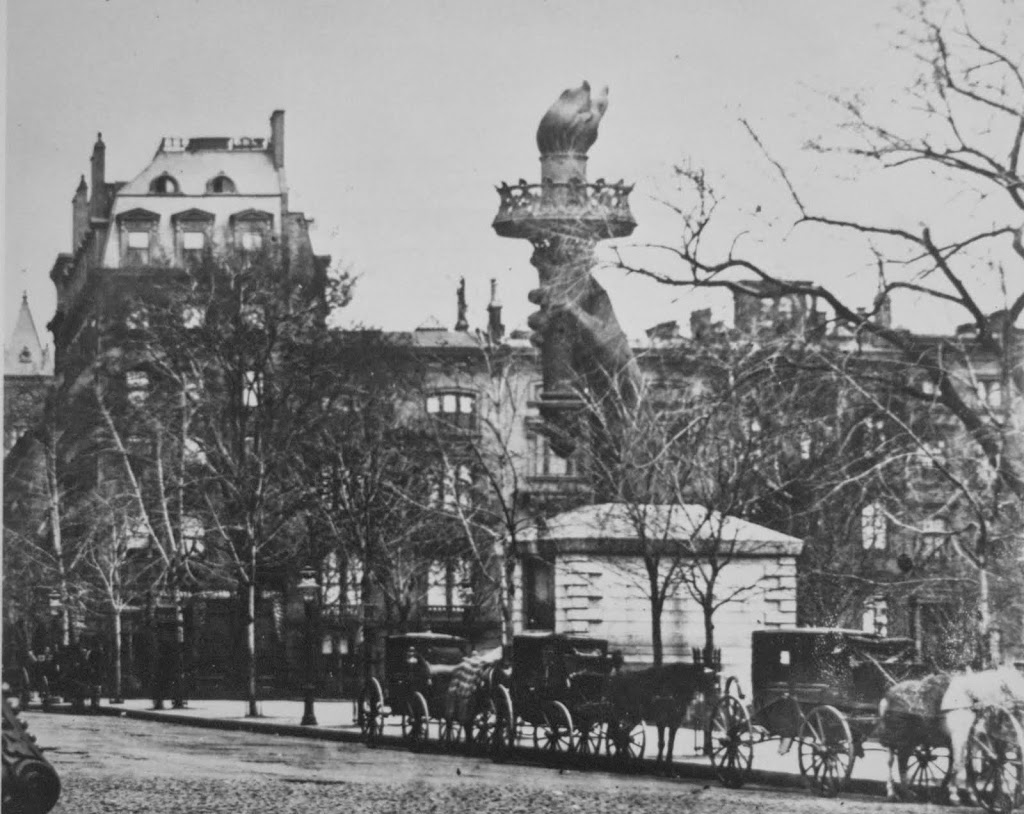 And a bonus fact –Â Aaron Burr has never been on the face of any currency.Â

Below: Aaron Burr, to be found nowhere on money 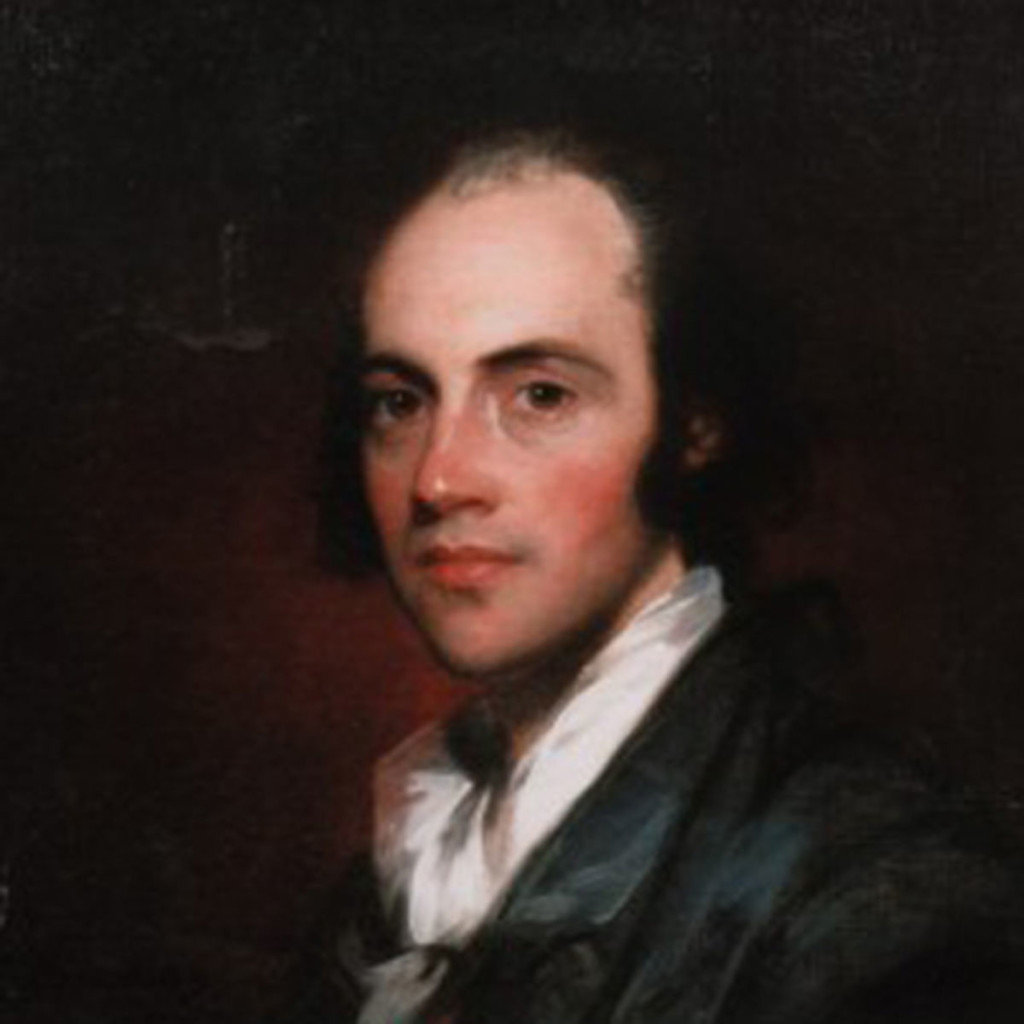 I believe Alexander Hamilton’s portrait on the $10 bill got a facelift at some point (after 1960 for sure, but I am not sure when).