Seventy years ago today, July 28, 1945, a B-25 bomber on its way to Newark Airport swerved off course, meandering over the foggy city and smashing into the Empire State Building.Â  Some rather startling details of the event:

— The pilot, Lt. Colonel William Smith, was simply on his way to pick up his commanding officer.

— Finding himself off-course and over the city, Smith managed to avoid crashing into the Chrysler Building, Rockefeller Center and the New York Central building (today’s Helmsley Building).

— It was impenetrably foggy that morning, which would explain his final words: “From where I’m sitting, I can’t see the top of the Empire State Building.”

— It was a Saturday, however a few businesses were open that day. As a result 11 people in the building died that day, on top of the three crewmen in the plane. Eight employees of the Catholic War Relief Office, on the 79th floor, were killed.

— One engine crashed through the entire length of the building and came out the other side to land and promptly destroy the penthouse apartment (and thousands of dollars of artwork) of sculptor Henry Herring at 10 W. 33rd Street, a building owned by Vincent Astor.

— Elevator operatorÂ Betty Lou Oliver (seen below) was on the 80th floor and barely escaped the crash. When rescuers attempted to lower her out of the building via the elevator, the cables snapped and she and the elevator car plummeted 75 stories (over 1,000 feet). She survived. 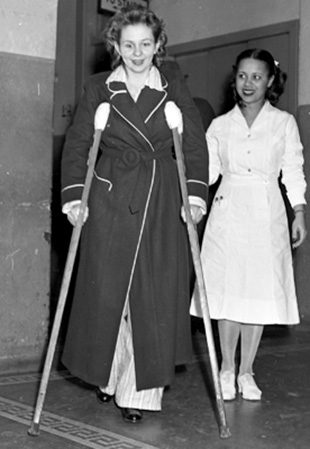 –Â While the pictures are quite dramatic, the crash only caused about Â half a million dollars worth of damage, and the structural integrity of the building was not compromised.

— The Army ended up shelling out payments for damage, including compensation for a restaurant plate-glass window that had been blown out over ten blocks away. 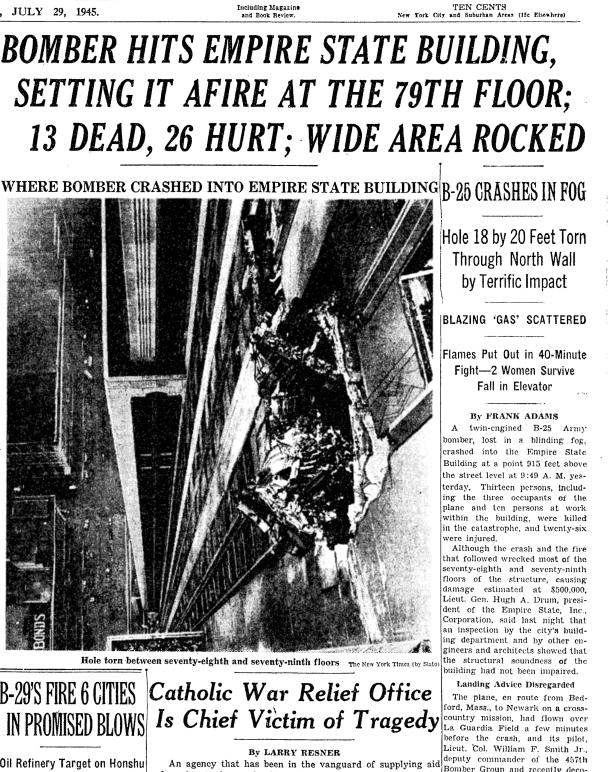 A version of this article originally ran in 2011.