In this week’s podcast, we discuss the tale of Madame Restell, the infamous 19th century abortionist and the moral reformer who brought her down — AnthonyÂ Comstock. Â Comstock succeeded in destroying Restell in 1878. But the moral crusaders were just getting started.

Old New Â York luxuriated in a complex system of rewards to protect its vice industries. The takedown of Tammany Hall’s Boss Tweed in the 1870s and illicit providers like Restell only scratched the surface of corruption, held in place by the compromised and easily-bought police department. How could reform-minded New Yorkers even try and fix this problem if it seemed that every other person benefited from it? 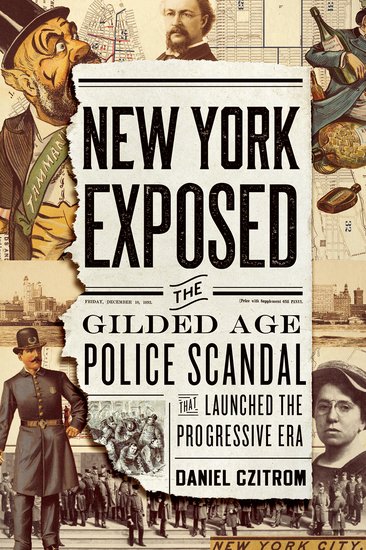 In New York Exposed: The Gilded Age Scandal That Launched The Progressive Era, author Daniel Czitrom reveals the architects ofÂ what became known as the Lexow Committee, the state task force which eventually — after a couple rough starts — blew the lid off of New York’s most corruptÂ practices and sent Tammany Hall, once again, into decline. (The committee is named for New York state senator Clarence Lexow.)

At the centerÂ of this story is Dr. Charles H. Parkhurst, the reverend who railed againstÂ unchecked vice and the police infrastructure which kept fueling it. Parkhurst sounds a bit like a bore, but New York was in need of his determination and tenacity; he was the Gilded Age’s bulldog. His cries of reform from the pulpit led to his participation in the Society for the Prevention of Crime, a private watchdog group which applied great pressure onÂ New York’s most corrupt elite.

As Czitrom reveals, holding this vice racket in place was Tammany Hall, the Democratic machine who repeatedly defaulted to graft and shadinessÂ after short periods of reform. But the reform leaders on the state level (mostly Republicans)Â who helped form the Lexow Committee were no angels. Â What emerged, however, was a fragile Republican-ledÂ attempt at ridding government of excess — and expunging Tammany fromÂ power.

Czitrom, a Bronx-born professor at Mount Holyoke College, achieves a startling feat; he expertlyÂ untangles aÂ complex web of politics and manages to make board meetings and testimonies sound interesting. This is a crucial and important moment in New York City history, and I’ve never had the pleasure of hearing it described asÂ vividly as it appears in New York Exposed.

The problems of Gilded Age would certainly not be solved by theÂ Lexow Committee, but its bold gestures would come to defineÂ the Progressive Era. Â And its influence — the rinse-and-repeat cycle ofÂ reform, what Czitrom calls the Lexow Effect –Â echoes into present day.