The Museum of the City of New York finally delivers the ultimate history of New York City in its dazzling new permanent exhibit on the ground floor — New York At Its Core.

And yet it feels very strange to classify this as a mere survey of history as though it were a row of dusty display cases. Although it indeed covers over 400 years of history in the New York City area, there’s nothing predictable or stagnant about it.

In a way it reflects what the New-York Historical Society did a few years ago with their own permanent collection in their main hallway. Finally both great museums now have signature statements, expressing their personalities, their unique viewpoints. They are both worthy of the greatest city in the world.

Below:Â The scrap of paper from which New York’s iconic marketing phrase from the 1970s first developed. 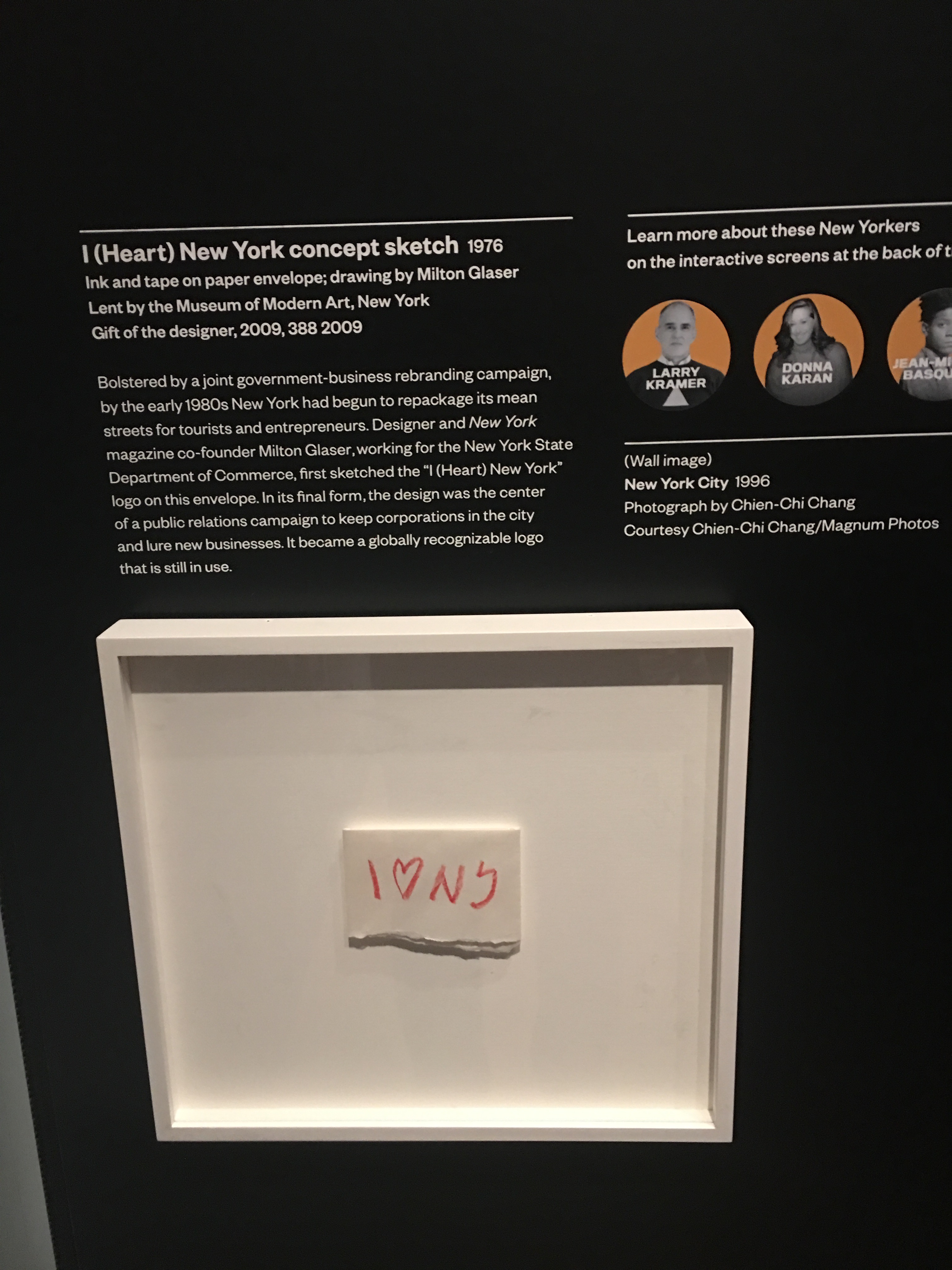 New York At Its Core resides — permanently — in three rooms on the ground floor of the museum. Â (Rotating exhibits, such as Gay Gotham, will now be housed in the two floors above it.) Â The Core’s first room (Port City) explores New York history until 1898, a natural breaking point due to consolidation and the formation of Greater New York. Â The second room (World City) picks up the story to present day. And the third room? We’ll get to that.

At first sight, it seems the Core is arranged in a very recognizable fashion — by era, anchored with 8 to 10 key artifacts in each era. But the curators have managed a delicate balance of the familiar and the obscure. Every time one tells the history of New York, you hit a series of recognizable notes that plays almost like a melody. New Amsterdam becomes New York. The Revolutionary War happens. Mass immigration, the Croton Aqueduct, the Gilded Age.

The Core makes a considerable effort to tell the story of the unfamiliar, of those outside the mainstream historical threads, balancing major events with small movements and creating a textured New York landscape. Or, to put it bluntly, the Core brings a bit of diversity to common storiesÂ typically told without it. 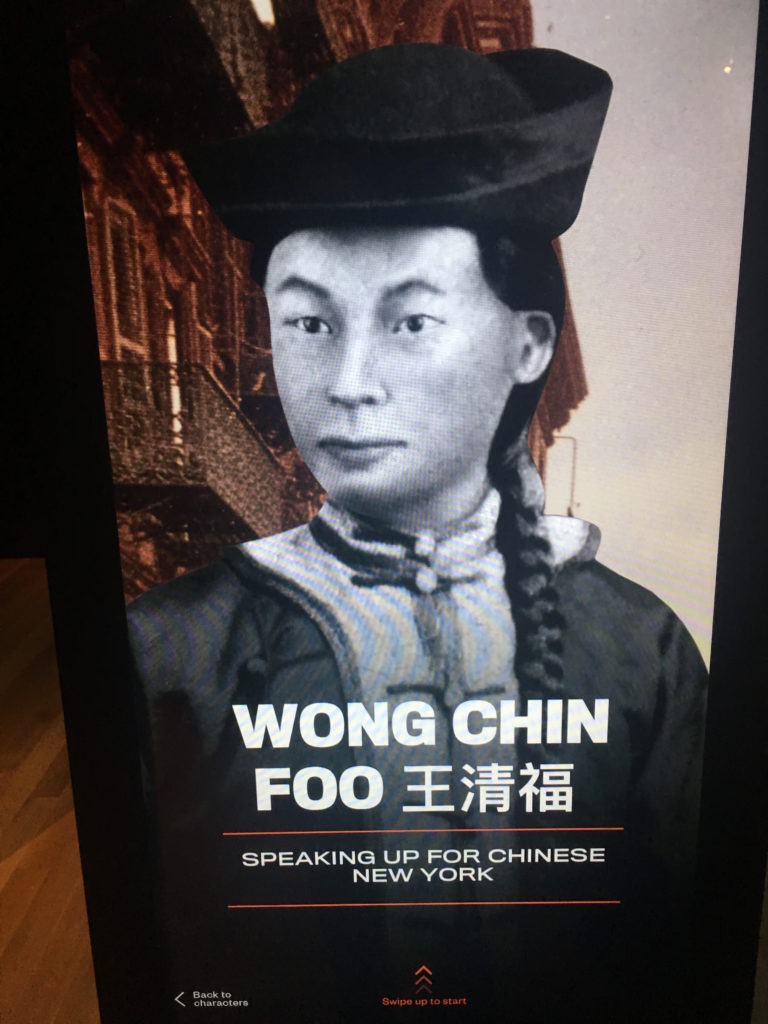 The artifacts on display are fascinating, eclectic and often weird — Louis Armstrong’s housekeys (pictured below), Boss Tweed’s cane, an 18th century circumcision kit, Al Smith’s derby, a towel from the Continental Baths, a guest list from Studio 54. It’s like an elegant thrift store filled with common, yet invaluable, treasures. 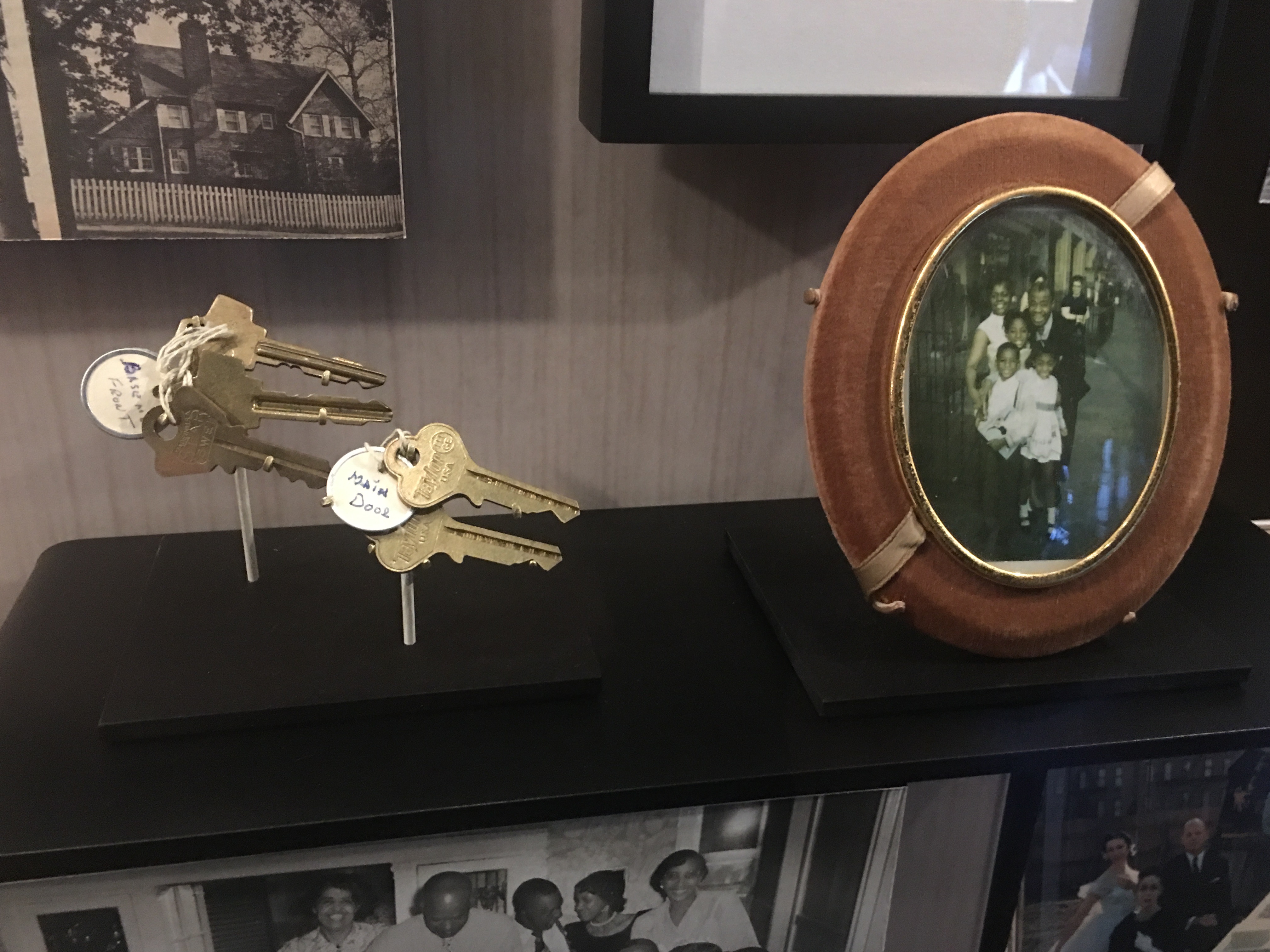 The Core’s technical interfaces are true show-stoppers,Â allowing visitors to learn about specific individuals throughout history via stand-alone panel displays. Elaborate digital displays at the start of the exhibit present a trove of information about the city and its citizens. I’ve been to the Core three times now, and have not had the same experience twice. The general sensation is of something constantly active. It appears the Core will never grow inert. 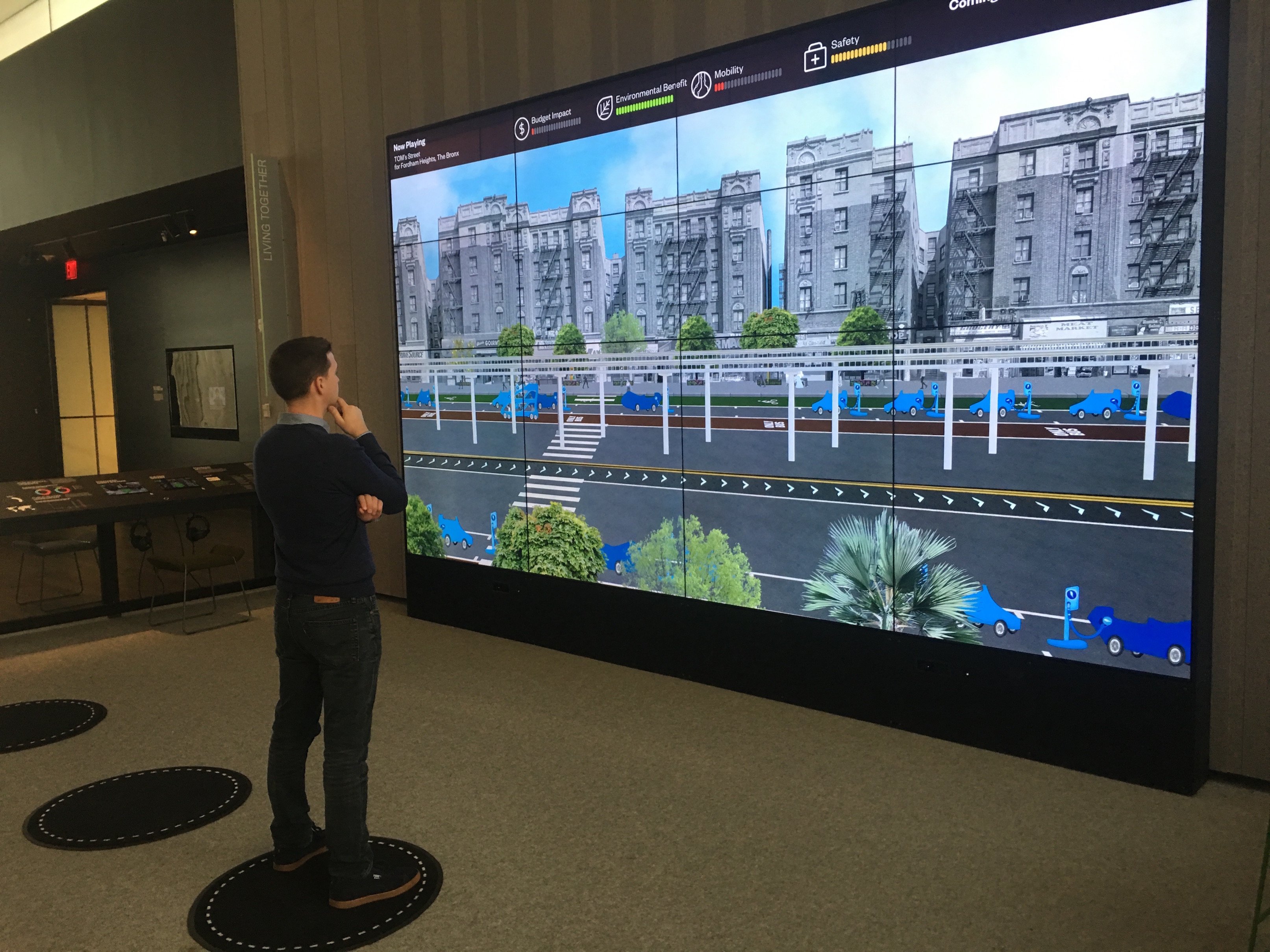 Indeed there’s an entire room to the future of New York — the Future City Lab, an interactive space where visitors can design their own cityscape and present it for the whole room to see. Â For instance, you can fill Jackson Heights with street performers andÂ elevated highways. Or put nine bus lanes in Midtown Manhattan! 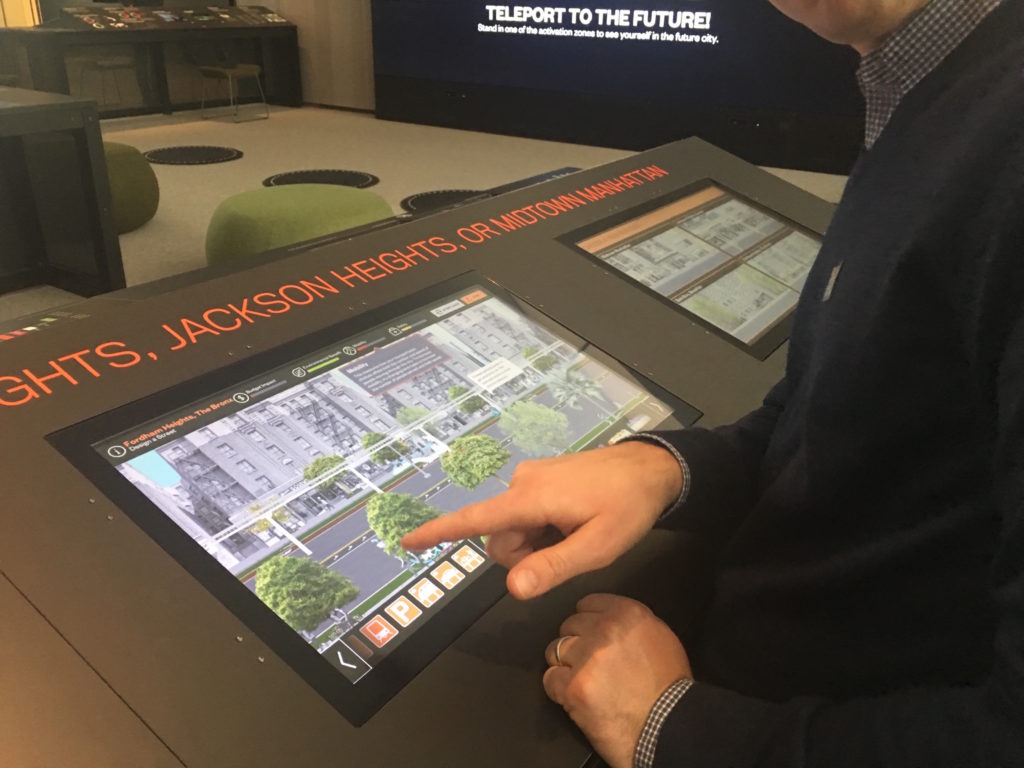 I’ll be interested to see how the Core evolves over the next few years. It’s certainly exciting to see something meant to be a permanent fixture with the ability to grow, reflecting the stories and circumstances of all New Yorkers.

Tomorrow (Thursday, December 15), we are joining the Museum of the City of New York to discuss the future of the history of New York! Please join us at the Greene Space at 7pm. More information here. Details below and you can get your tickets here.

Pictured at top: Tom explores a city that he just created — an environmental wonderland that’s hellish to get around in!