PODCAST Before the American circus existed, animal menageries travelledÂ the land, sometimes populated with exotic creatures. This is the story of the perhaps the most extraordinary wandering menagerie of all.

This year marks the end to the Ringling Bros. Barnum & Bailey Circus and, with it, the end of the traditional American circus.Â OnceÂ at the core of the American circus was the performing elephant. Today we understand that such captivity is no place for an endangered beast but, for much of this country’s history, circus elephants were one of the centerpieces of live entertainment.

This is the tale of the first two elephants to ever arrive in the United States. The first came by ship in 1796,Â an Indian elephant whose unusual appearance in the cattle pens atÂ a popular local tavern would inspireÂ one farmer to seekÂ another one outÂ for himself.

Her name was Old Bet, a young African elephant at the heart of all American circus mythology. She appeared in traveling menageries, equestrian circuses and even theatrical productions, long before humans really understood the nature of these sophisticated animals.

Find out how her strange, eventful and tragic life helped inspire the invention of American spectacle and how her memory lives on today in one town in Upstate New York.

Or listen to it straight from here:
10 THE BIG STORY OF OLD BET: THE FIRST CIRCUS ELEPHANT 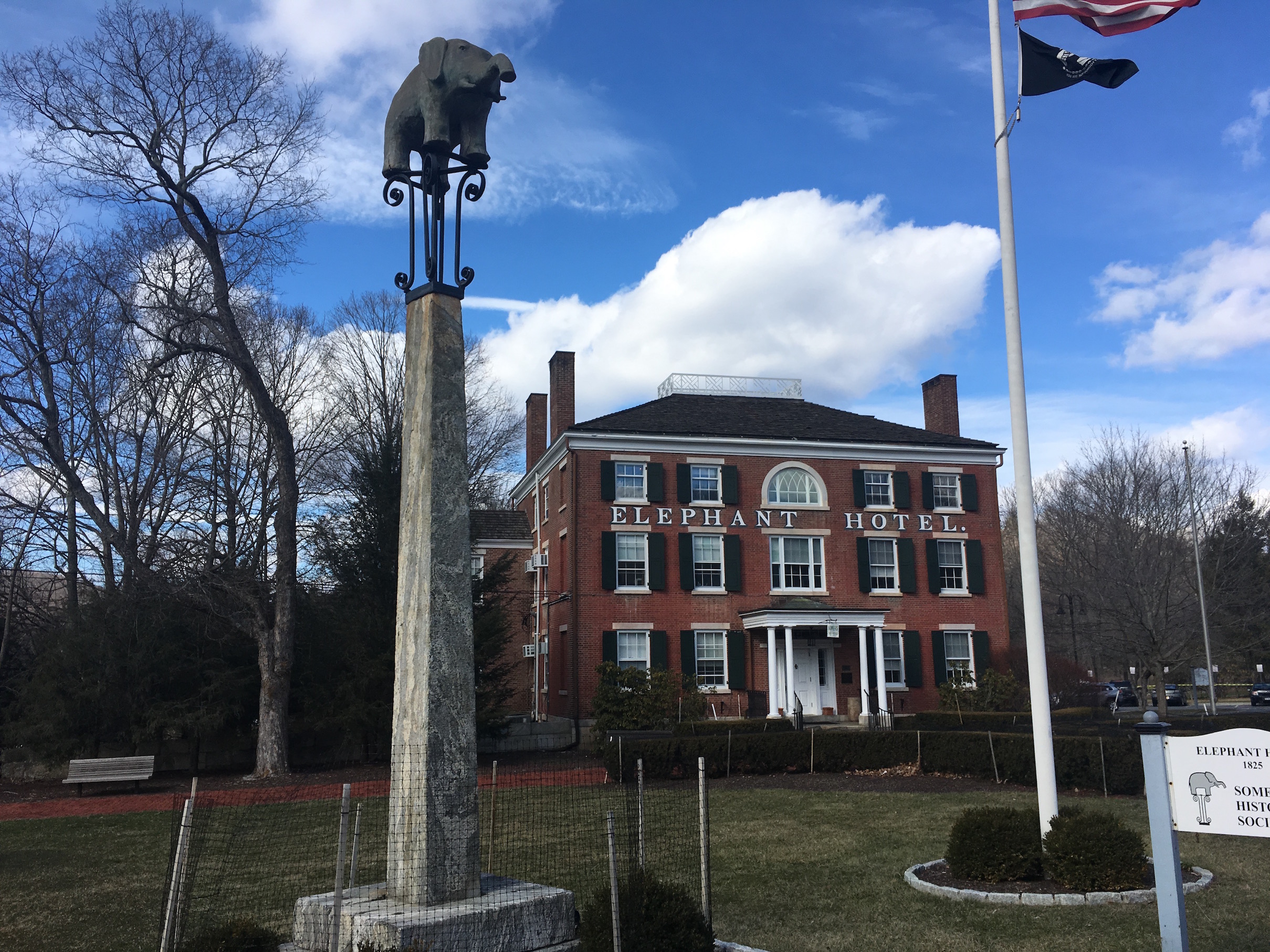 The circus comes to town: The banner on the elephant says Old Bet was “the first elephant to tread American soil.” In fact she was most likely the second. 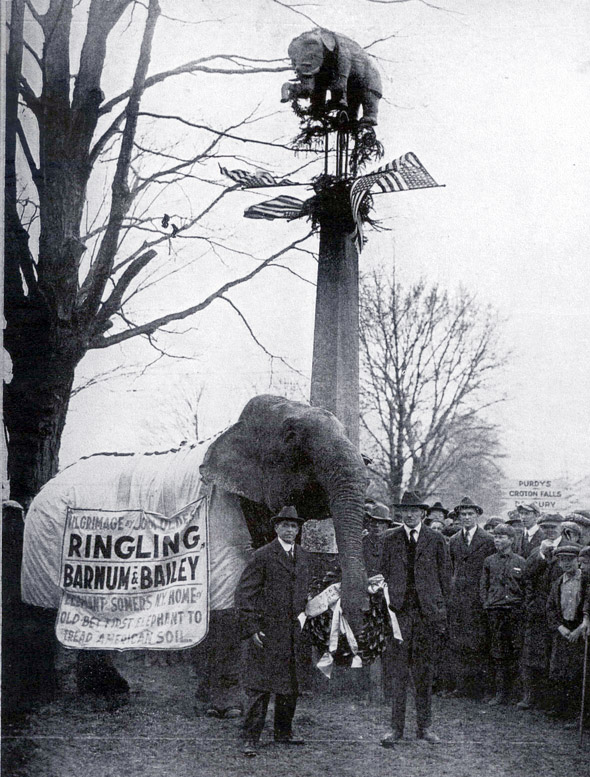 The Bull’s Head Tavern on the Bowery. Recently a building excavation discovered the foundations of the Bull’s Head. Read all about it here. 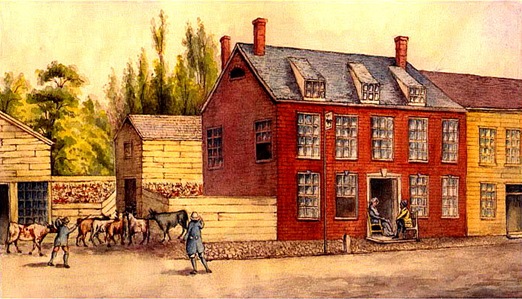 Some images from the Somers Historical Society and their marvelous museum to the early American circus.

Old Bet’s collar, which she wore from town to town. 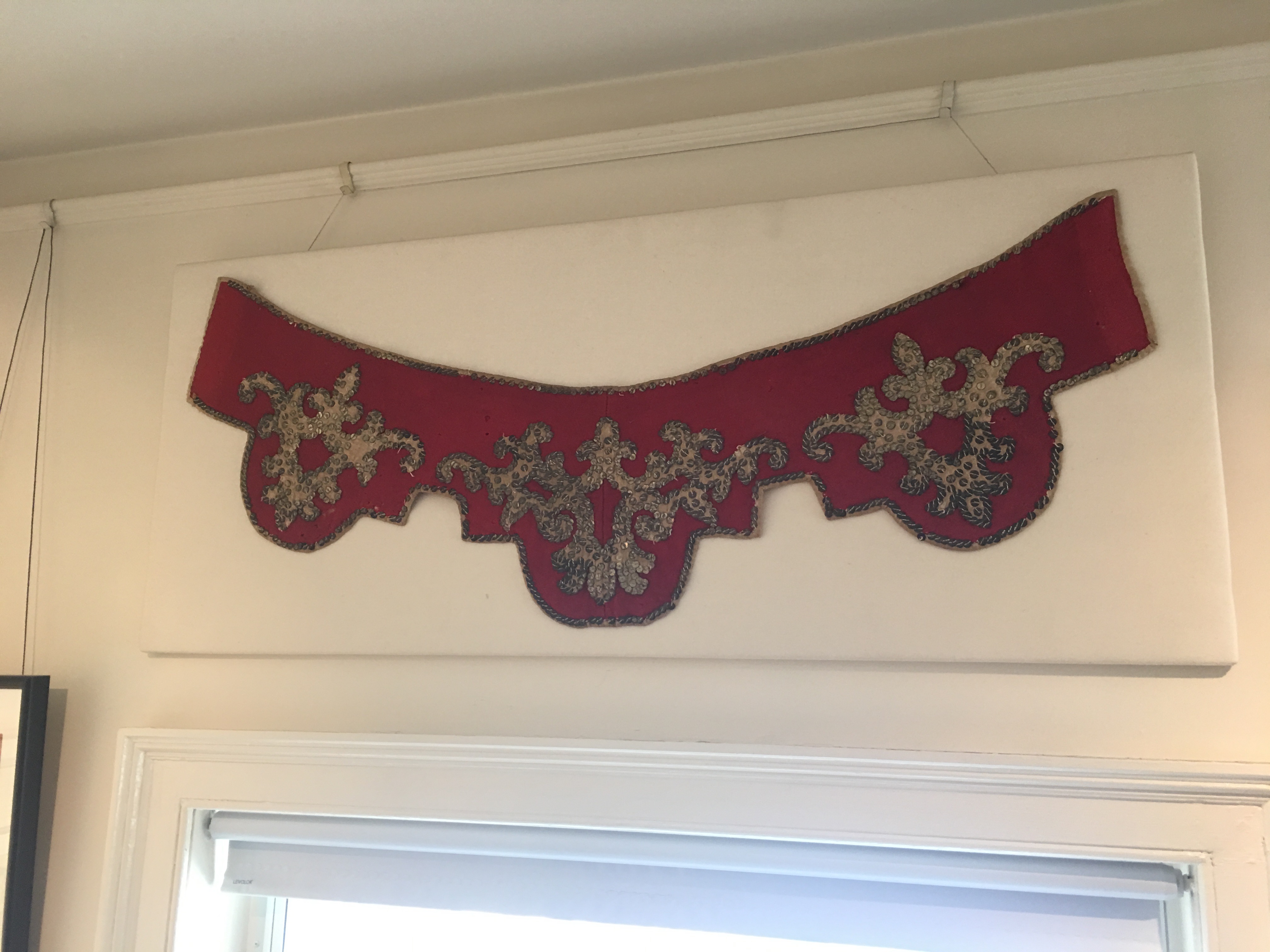 At the right is Old Bet’s buckle. 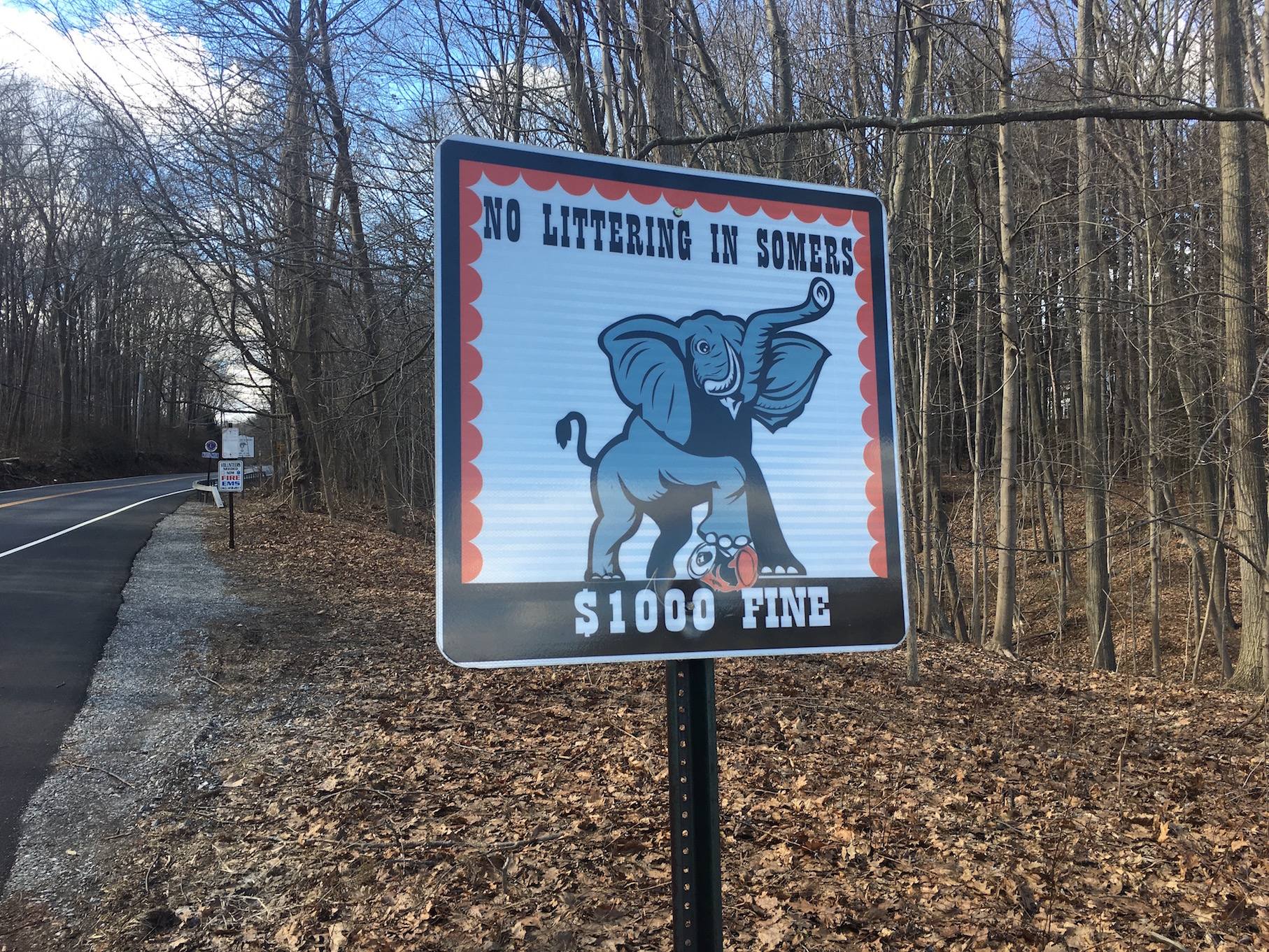 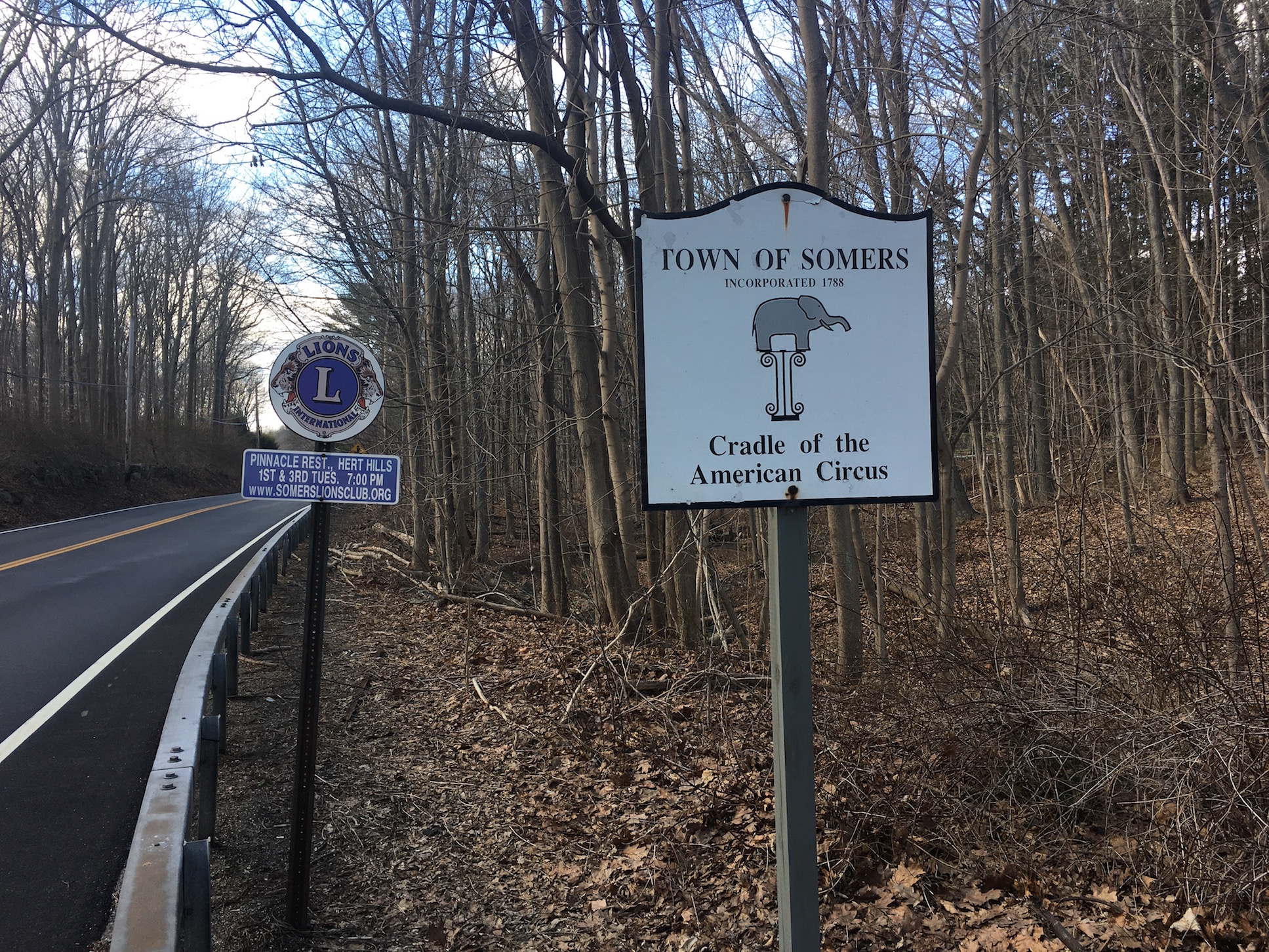 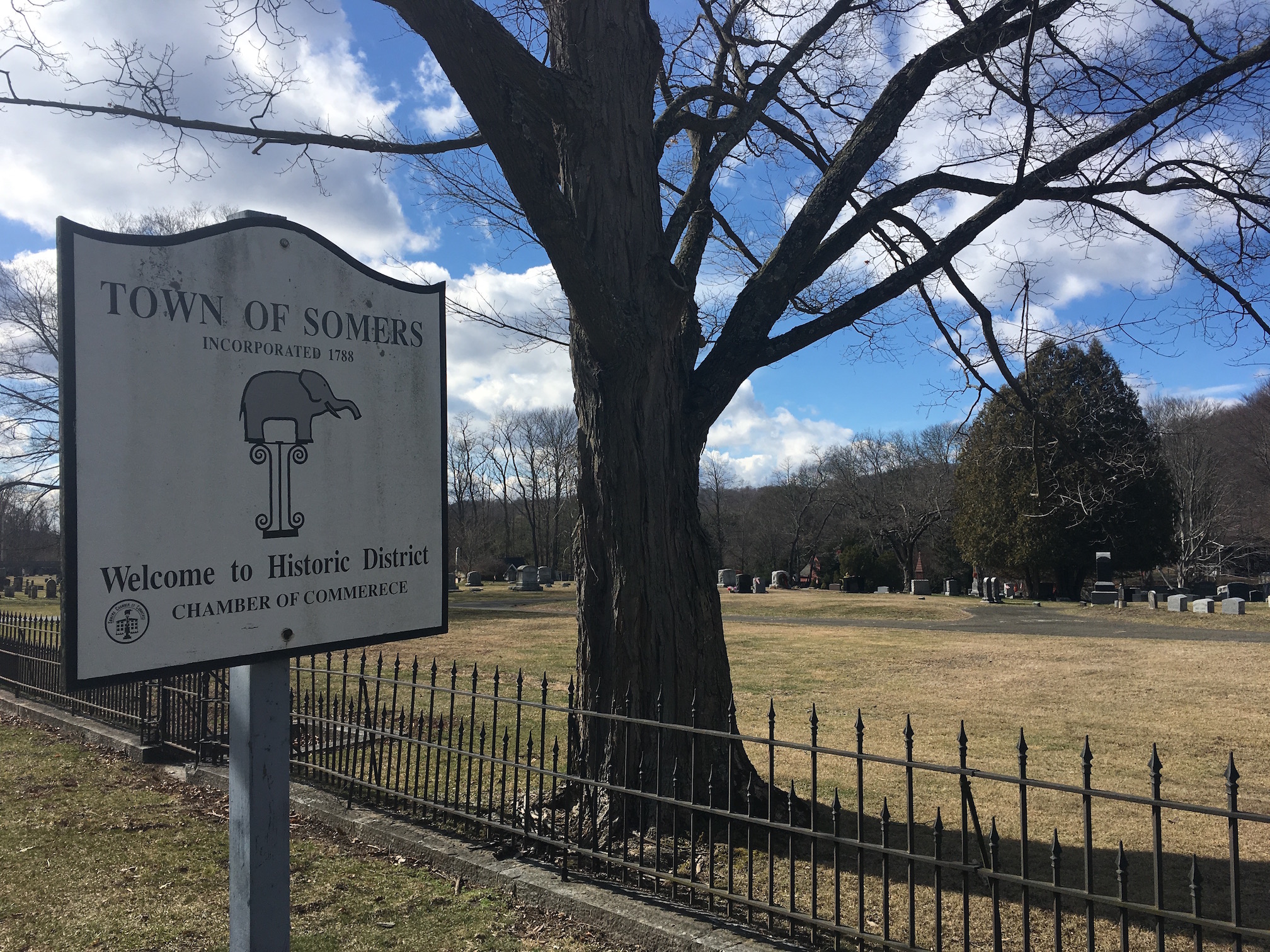 Seeing the Elephant, from Wikipedia

“The phrase ‘seeing the elephant’ is an Americanism which refers to gaining experience of the world at a significant cost. It was a popular expression of the mid to late 19th century throughout the United States in the Mexican-American War, the Texan Santa Fe Expedition, the American Civil War, the 1849 Gold Rush, and the Westward Expansion Trails (Oregon Trail, California Trail, Mormon Trail).[1] …”

And from a Goole Image Search

[…] 1796, an elephant named Old Bet was brought from India to the US where she was purchased by Hackaliah Bailey, the founder of Barnum […]