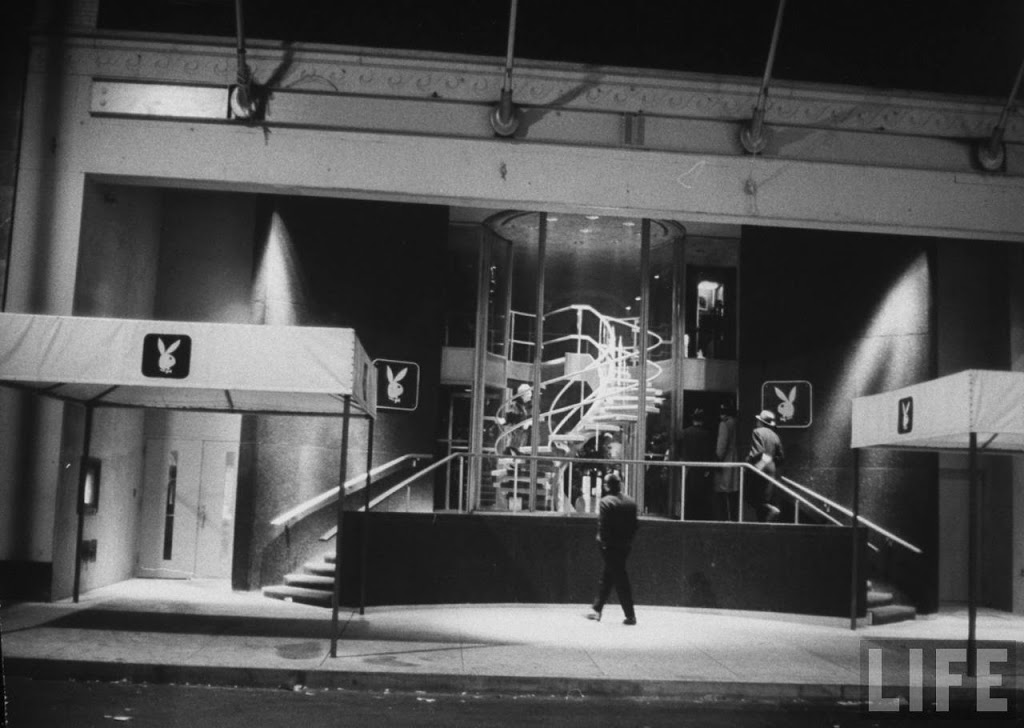 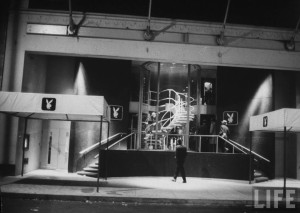 NBC’s saucy new series ‘The Playboy Club’ starts this Monday. I believe it’s set in Chicago, however I thought this was a fine time to revise and reprint an article I wrote last year on the Manhattan branch of the Hugh Hefner club, which was featured in an episode of ‘Mad Men’ last year. The original article is here. 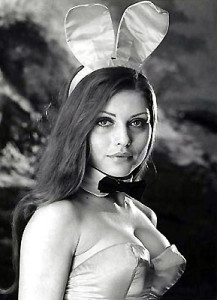 When the $4 million club finally opened, even some naysayers fell prey to the club’s charming opulence. “The skeptics came to scoff and left singing the praises of the most singularly successful night club operation of our time,” Hefner wrote, rather immodestly.

After checking in their coats, businessmen were greeted by sexy cocktail waitresses, dressed in the trademark Playboy bunny ears and cottontail. A young Gloria Steinem went ‘undercover’ at the New York location for a magazine expose*, revealing some of the more unsavory requirements in the ‘Playboy Club Bunny Manual’. (‘Bunnies are reminded that there are many pleasing means they can employ to stimulate club’s liquor volume’.) You can read the sad, hilarious, thoroughly bizarre article here, featuring the excerpt: “‘My tail droops,’ she said, pushing it into position with one finger. ‘Those damn customers always yank it.'”

Yet the women who played the Bunnies often used the seemingly demeaning roles to their advantage. According to one New York employee, Kathryn Lee Scott,: “These were college girls and girls trying to launch careers and work their way through school … These girls loved what they were doing and that came across. They weren’t bad girls. They were having a walk on the wild side in a very safe environment.”

The upscale club also featured live performances, often male comedians whose schtick fit snugly alongside the club’s racy dynamic (Bill Cosby) or ran hilariously counter to it (Woody Allen and Bob Newhart). The clientele was sometimes more famous than the talent; Tony Bennett, God bless him, was a regular here, and later one, one might see a Beatle or two.

The shimmery glitz and respectability of the Playboy Clubs (and the misogyny it embodied) faded with the 1970s, and by the following decade, New York’s tattered hotspot was a joke that even People Magazine took a moment to poke fun of: “A large illuminated rabbit’s head glows over the door. It seems impossible now to look at the logo without thinking of an automobile air freshener.”

A revamped version of the club moved to Lexington Avenue and renamed itself the Empire Club, discarding the antiquated Playboy brand and its relevant costume accessories. Most shockingly, the enterprise hired both male and female wait staff! The club closed in 1986.