How can I continue to do this series without featuring the most iconic dance floor of all-time, the primary-colored, flashing plastic spectacle from 2001 Odyssey, best known as the dance club from “Saturday Night Fever”?

That sparkly floor was actually built for the movie. Director John Badham was inspired by a similar floor at a private supper club in Birmingham, Alabama, seen by some Southern residents as a landmark.

However the club itself was a mainstay for disco dancers in the Brooklyn neighborhood, many of whom were brought on as extras in the film.

You can literally say disco saved this club. It was formerly the lounge act stage called the 802 Club that in its heyday spotlighted the likes of Jerry Vale and even Christine Jorgensen in her own cabaret act. Falling on hard times, the owner’s son took over the place, wrapped it in mylar and hung up a disco ball. 2001 Odyssey was ready to disco. 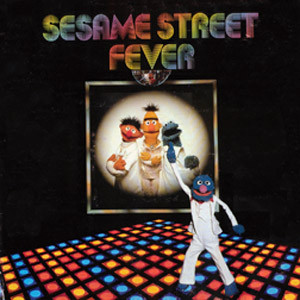 And in the process, it changed disco. On top of starring in the Citizen Kane of dance music films, 2001 Odyssey brought in all sorts of up-and-coming talents to perform, like Gloria Gaynor and the Trammps. The clientele itself defined what we might call one of the ‘disco archetypes’. Or as defined by the owner Chuck Rusinak:

“[We used to call them cuigines.] A cuigine is somebody that would wear a huckapoo shirt, a pair of dance shoes. Very secure of himself, a womanizer, a little bit of a tough guy too. “Don’t mess my hair up, otherwise you got a problem. I get a baseball bat.”

If Manhattan disco was drug fueled, glitzy and celebrity driven, the Brooklyn disco scene — led by 2001 Odyssey, L’Amour, and other clubs — was the world of the ‘regular joe’, with the focus more on sex and appearance, less on glamour and notoriety. Or, according to 2001 Odyssey bouncer Vito Bruno:

“The guys back in those days, even though they were broke, they were dripping with their gold chains. …. Back in those days, the girls got dressed up. They got decked. The girls liked the tough boys. The toughest, meanest guy always got the girl. It’s kind of like the animal kingdom.” 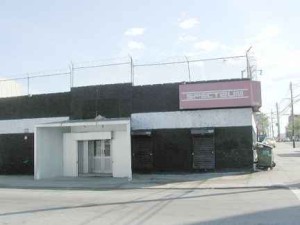 2001 Odyssey wained in the wake of the death of disco, and in the late 80s it became a gay club, Spectrum, which still kept the disco floor but catered to an entirely different audience. It eventually closed in 1995.

And the famous disco floor? The Spectrum tried to auction it off in 2005. (Could you just imagine trying to install it in your living room?) However, the aforementioned bouncer Vito Bruno claims that he won rights to the floor a few months previous, for the whopping sum of $6,000. A judge promptly stopped the auction, and as far as I can tell, Bruno is now the proud owner of a piece of cinema history.

Don’t frown however; you can do your own moves on a very similar floor at the Guggenheim Museum! Their present exhibit The Shape of Space (through Sept 5) features an installation by Piotr UklaÅ„ski — Untitled (Dance Floor)– which emulates, in a far greater color palatte, the legendary dance floor. Needless to say, this is one of the museum’s most popular pieces. (See picture below.)

Nerve does an excellent job in digging up some of the old 2001 Odyssey crew for their recollections of the place. And if youre interested in checking out some other Brooklyn ‘Saturday Night Fever’ locations, check this out. 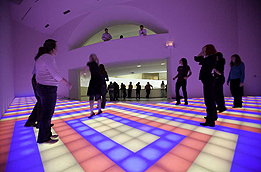 I you know some of the old crowd of 2001 I’m looking to Reestablish contact with Diane, Buttons and Michelle K.

If you know the old crowd from 2001 from before the movie. I’m looking for Michelle K.
Diane
Buttons

Just found this cool blog and i have some history for you…I loved Spectrum..it became my obsession on Fri and Saturday nights when i was in my 20s. Every once on a while it as also a Thurs and Sunday hang out as well. Anyhow…being a regular- my young adult crush/good friend/boyfriend obsession- was the lighting man there for a a while-and having hung out in the booth with him and the d.j., when he moved out of state and suggested that I take over for him- since I was so familiar with the manual lighting board. When I agree he mentioned it to the manager and the owner who immediately gave me the position telling him that was a good idea. Will I have many stories of my own and I met incredible one hit wonders and managers and celebrities singers songwriters you name it it was a great experience I did it for about 3 years on top of my 9 to 5 ….but my point is…. of course loved the building and the setup and it was a very big and nice club it really was it was a great outlet and venue and the building itself was just the perfect discoteque that was copied all over the world and it was a pretty big area… we used to go in a couple of hours before the club opened to the public..the staff that is… wed get a briefing the bartenders would stocks their bars the DJ would bring in his records the manager would make sure everything was copacetic the resident drag queen would start getting dressed or what have you and I used to repair all the lights that went out which were quite a few considering the amount of wear and tear they got every week from manually being turned on and off…. excetera excetera…. that floor let me tell you was one of the biggest pains in the asses plain English hahaha to repair the lights underneath… if a light was out it never had the same effect even if one light was out that everybody would come and look for.. being the famous floor that it was and it really didn’t dance to the music properly so each tile which was either 12x12or 16 by 16 off hand I don’t remember but they were pretty large had 4 Cans if you’re familiar with that lighting term time and basically it was a very easy cheap light that was two screws that you would attach pretty easily to two stationary wires very simply however it was never three or two cans in one tile out it was always one in this tile and one in that tile and each tile had about 6500 screws you had to take out and each screw was about the length of the JFK Runway..lol… so it’s very frustrating changing that floor however it was always worth it seeing the people dance on it and actually controlling it with manual buttons you could put it on automatic and it would just basically do a simple pattern not even to the beat like it would do today it would just do a steady variation of colors but if you knew the music and you had some kind of ear or rhythms which although may sound conceited I did and still do… you can manually manipulate the borders and patterns of the lights and it would be noticed especially on a crowded Saturday night after the show when everybody was tanked up and ready to dance and the first couple of songs the DJ played after the show was like eat is a biggest hit of the week or a hugely famous 70s classic that just made magic and I really miss that place I have never been to another club that was similar looking as big and as fun as that and I’m so sorry… from what I understand ….they demolished the building …whoever bought it …and in researching a bit if its history…. that particular building was always a dance venue from the forties starting as a ballroom dance hall..and what a shame that it was demolished instead of becoming a landmark as a piece of Brooklyn history ..Famous Brooklyn history from decade after decade… and what a great reunion it would be if it was still in existence….. a huge part of my early impressionable adult life. Feel free to contact me anytime via email to learn anything I was aware of for those two and a half 3 tears that I worked there and about eight or so years that I frequented there. Definitely the best Disco in town… and to whoever designed that floor I apologize if your ears were burning in the 90s because I cursed you out every time I had to lift up a piece of that floor lol.