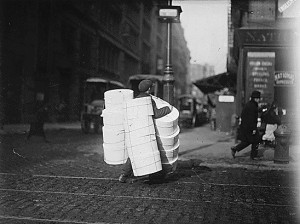 (Above: a boy delivers some very heavy looking hats through the city, circa 1910)

Most photographers document history, but few actually change it. Lewis W. Hine entered the brand new field of photojournalism during the first decade of the new century but quickly found a use for it in social reform, particularly in documenting (and cracking down) the practice of child labor.

Originally from Wisconsin, Hine went to New York University and later got a teaching post here in the city. He took photos with his class on field trips to places such as Ellis Island and soon realized it was his calling.

It was a wide-open field to enter in 1906. George Eastman had literally just invented film in the 1880s. You cant underestimate the impact that photography by and of the masses had on its perceptions; suddenly, imperfections and injustices could be seen, not just read about. And you know what they say about a picture being worth a thousand words.

Hines would become known as a photographer of the working man, setting up complicated and often dangerous shots of workers at Pittsburgh steel mills to illustrate their plight. His photographs for the Red Cross and of the Great Depression in the South are well known.

But he started his career working with the newly formed National Child Labor Committee, which today still works to represent the underage in work abuse situations. The NCLC each year grants the Lewis Hine Award to individuals who work to improve the lives of children in America.

Hines took these pictures of young children laborers in New York City, taken from between 1908 and 1912. The History Place has an extraordinary trove of Hine photographs of children labor abuses from around the country. You’ll be able to quickly tell why his work made such an immediate impact:

Getting sized up for working papers: 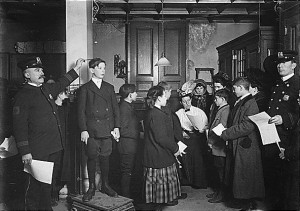 Mom and kids at a Lower East Side garment shop: 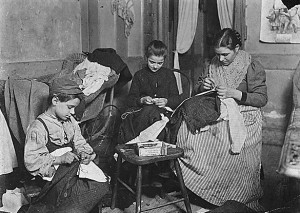 A young bootblack, making his living on the Bowery: 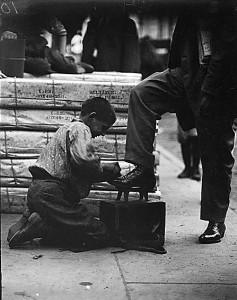 Incidentally, Hine’s most famous photographs weren’t of children but of something far, far loftier — the construction of the Empire State Building. How he actually got some of these photographs is beyond me. Keep in mind, he wasn’t exactly working with a point-and-shoot here…. 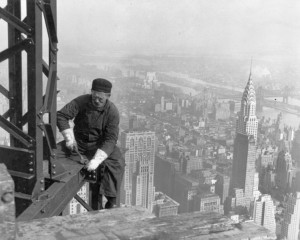 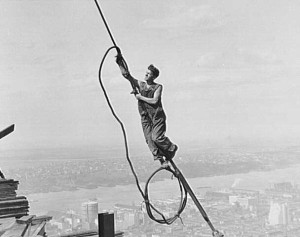 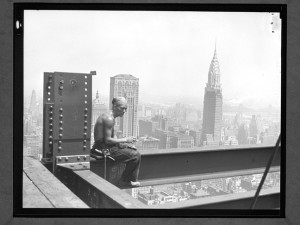 Regarding the Lewis Hine child labor photos: I am conducting a huge project to find and interview descendants of some of those child laborers. I have been successful for over 70 children. My Lewis Hine Project was featured on National Public Radio’s All Things Considered. You can see all about it at: http://www.morningsonmaplestreet.com/lewishine.html

I learned absolutely everything about my question when I read this post, thanks to the author for the detailed description. I wrote my review on the https://www.essaysservicesreviews.com/paperhelp-org-review/ you can go in and read. Thank you very much for your attention and your time.